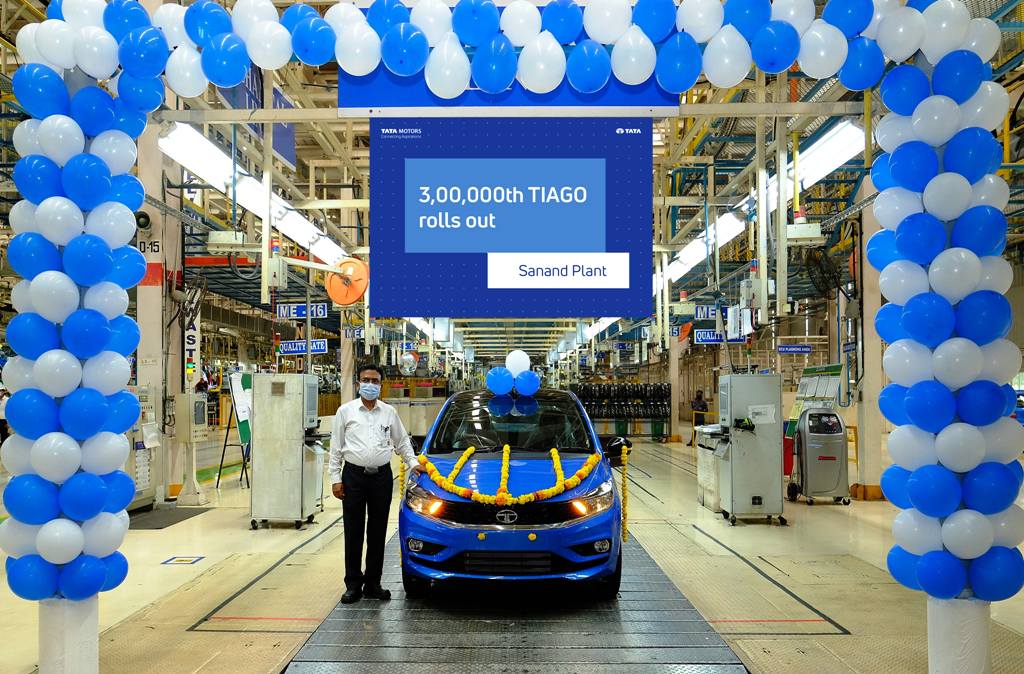 Mumbai, September 22, 2020: Tata Motors, India’s leading automotive brand, today rolled out the 3,00,000th Tiago from its Sanand facility in Gujarat. Launched in 2016, the Tata Tiago has been lauded in most quarters for its groundbreaking design, technology and driving dynamics. It was the first product under the IMPACT design philosophy and brought to the market a host of segment first features at the time of it launch. 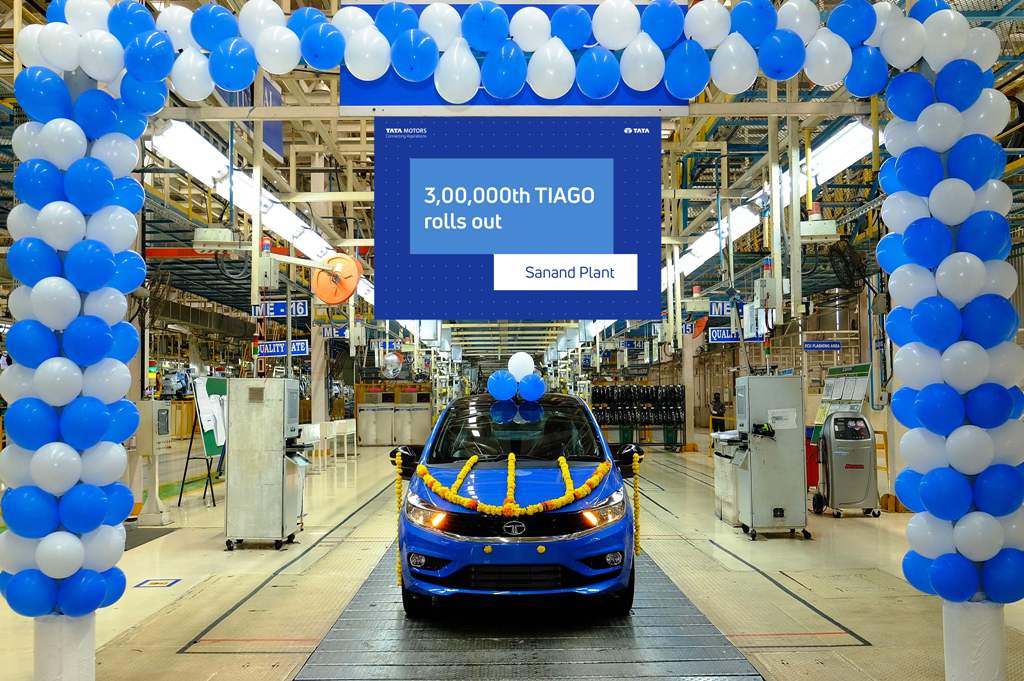 Adding to its laurels, the Tiago is not only Tata Motors’ most awarded car but it also became the highest selling hatchback in the country in August 2018. Earlier this year, the Company launched the BS6 version of the car as a part of Tata Motors’ New Forever range, which also became the recipient of the 4-star adult safety rating, awarded by the Global NCAP, adding another feather to its cap. Equipped with best in class safety features such as Dual Air Bags, Anti-lock Braking System (ABS) with Corner Stability Control (CSC) & Electronic Brakeforce Distribution, Rear Parking Assist and much more as standard across variants, the Tiago is undoubtedly the safest car in its segment.

The Tiago 2020 sports a more confident, mature design while being young, premium and fun. Available in both manual and AMT options, it comes fitted with the company’s all new Revotron 1.2 Litre BS6 petrol engine. 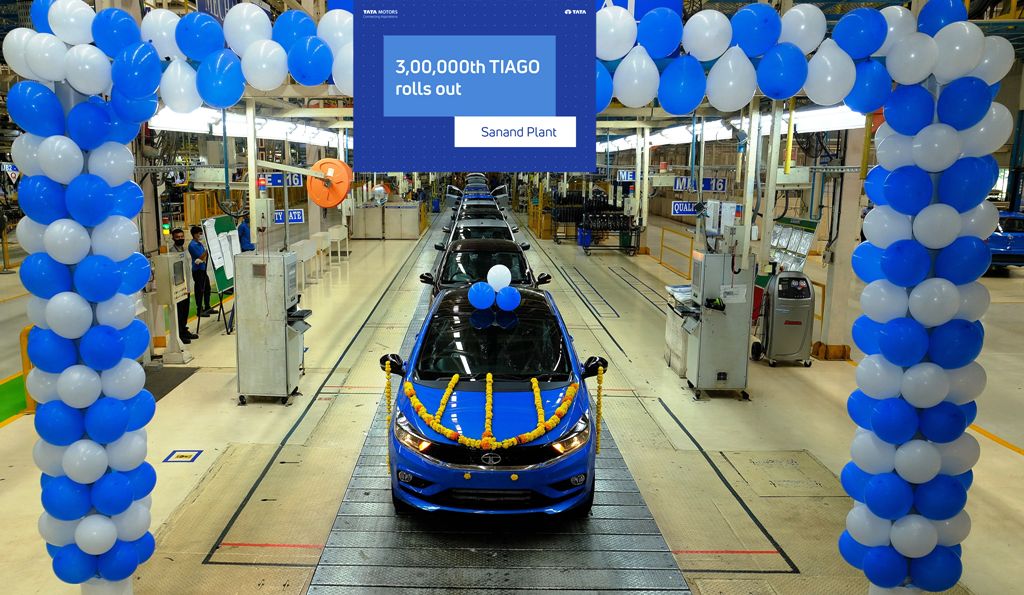 Tata Motors Limited (BSE: TATAMOTORS), a USD 45 billion organisation, is a leading global automobile manufacturer of cars, utility vehicles, buses, trucks and defence vehicles. Part of the USD 100 billion Tata group, Tata Motors is India’s largest and the only OEM offering extensive range of integrated, smart and e-mobility solutions. Tata Motors has operations in the UK, South Korea, Thailand, South Africa, and Indonesia through a strong global network of 109 subsidiary and associate companies, including Jaguar Land Rover in the UK and Tata Daewoo in South Korea.

With a focus on engineering and tech enabled automotive solutions catering to the future of mobility, Tata Motors is India’s market leader in commercial vehicles and amongst the top four in the passenger vehicles market. With ‘Connecting Aspirations’ at the core of its brand promise, the company’s innovation efforts are focused to develop pioneering technologies that are sustainable as well as suited to evolving aspirations of the market and the customers. Tata Motors strives to bring new products that fire the imagination of GenNext customers, fueled by state of the art design and R&D centers located in India, the UK, Italy and Korea. Internationally, Tata commercial and passenger vehicles are marketed in countries, spread across Europe, Africa, the Middle East, South Asia, South East Asia, South America, Australia, CIS, and Russia.

Tata Motors in association with PETRONAS Lubricants International (PLI) today launched the Tata Motors Genuine Oil (TMGO) for its passenger vehicles range in the India market. TMGO will be the first range of co-branded lubricants […]

Tata Motors’ Xenon rides in with U-Mumba, as official transport partner for Season 4 of Pro Kabaddi

The upcoming season of the Pro Kabaddi league started on a celebratory note, as Tata Motors announced the association of Tata Xenon, the smart, tuff, pickup with Team U Mumba for Season 4 of the […]