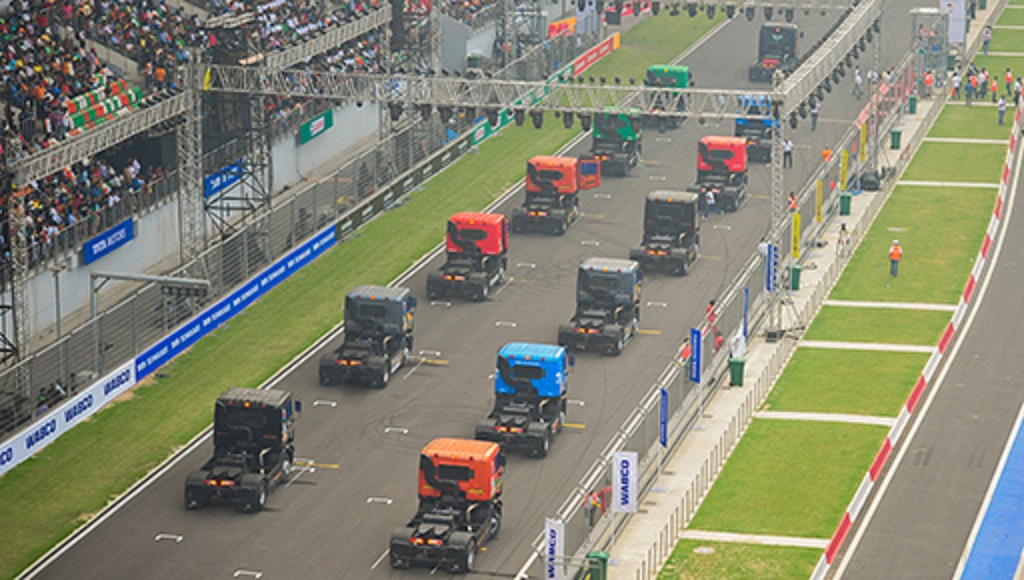 With Season I having concluded in grand style, some intense racing, edge-of-the-seat overtaking and high speed corner action, cheered on by an audience of over 20,000 people, season II of the T1 PRIMA TRUCK RACING CHAMPIONSHIP 2015 will once again feature 12 Tata PRIMA race trucks built for the purpose, driven by experienced international truck racing drivers from the acclaimed British & European Truck Racing championships. 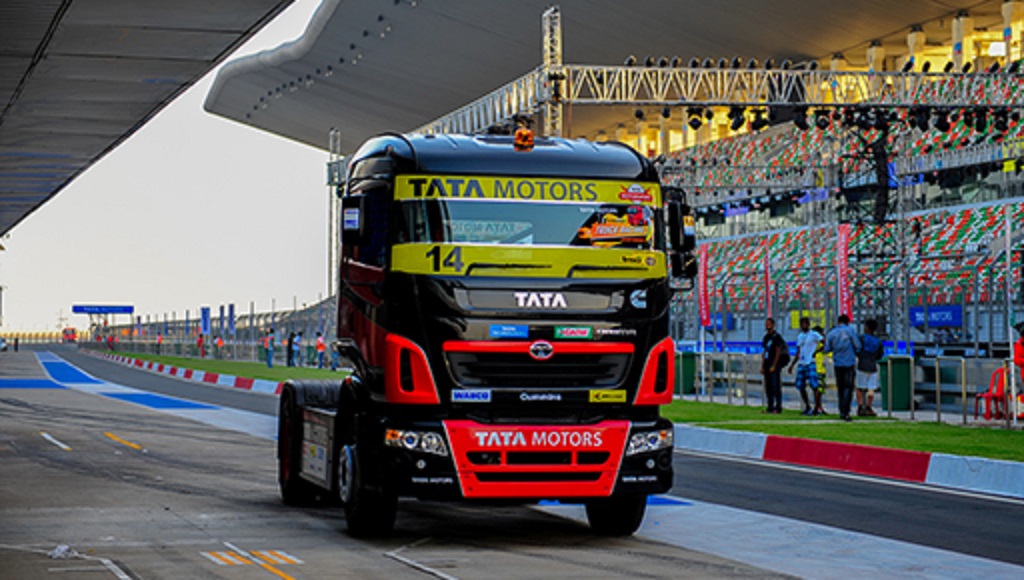 Season II will entail Two Free Practice sessions and a Qualifying Race on Saturday, March 14, followed by an 8 lap Super Qualifier and a 16 lap Final Race on Sunday, March 15.

The debut season of the T1 PRIMA TRUCK RACING CHAMPIONSHIP was won by Team Castrol Vecton, followed by Team Cummins and Team Tata Technologies Motor Sports. Last year’s winners from these teams – Stuart Oliver, Dave Jenkins and Mathew Summerfield, will be back once again to reclaim glory.

Having recently announced the T1 PRIMA TRUCK RACING CHAMPIONSHIP as an annual event, Tata Motors has also conceptualised and introduced a new IndianDrive Selection and Training Programfor 2016, to induct and mould potential Indian truck drivers into T1’s FUTURE. This program not only enhances potential driving skills, but has an ultimate goal of creating well-­rounded truck racing drivers.

Mr. Ravindra Pisharody Executive Director, Commercial Vehicle Business Unit, Tata Motors Ltd. said,”A much awaited SEASON II of the T1 PRIMA TRUCK RACING CHAMPIONSHIP, we at Tata Motors are thrilled to bring this grand spectacle of truck racing to our audiences yet again. Having established itself within a year among the motorsports and trucking fraternity, for us the T1 PRIMA TRUCK RACING CHAMPIONSHIP has opened up a new vista in showcasing what a winning product like the PRIMA is really built on. As we enter SEASON II, it is in our

continuous endeavour to remain the most preferred trucking brand in the Indian commercial vehicle space, setting new benchmarks in product engineering, world-class quality manufacturing and marketing. I wish to thank our sponsors, team of engineers, consultants, organisers, volunteers and, certainly spectators for creating a big sporting holiday with an unforgettable atmosphere.”

The T1 PRIMA TRUCK RACING CHAMPIONSHIP is organized by MMSC (Madras Motor Sports Club) and is being conducted under the aegis of FIA & FMSCI. The FIA is the governing body for world motor sport and the federation of the world’s leading motoring organizations. One of the core responsibilities of the FIA is the development of motor sport worldwide. Through its national member clubs the FIA is involved in every level of motor sport and its remit extends to the millions of amateurs and professionals who enjoy motor sport in all of its variety. The FMSCI is a long-standing member of the FIA and is the only national motor sport federation recognized by the Government of India, for the promotion and control of motor sport in India, and is affiliated to the prestigious Indian Olympic Association.

About the Tata PRIMA

Being developed with Tata Motors subsidiary – Tata Daewoo Commercial Vehicles (TDCV), Tata Motors conceived the award winning Tata PRIMA range, setting new benchmarks in the performance and design of a next-generation commercial vehicle, based on superior technology, optimum power, fuel efficiency and safety. Built with technical inputs from across the world, the Tata PRIMA is based on an Italian cab design, engine technology from the US and Europe, gearbox expertise from Germany, chassis frame know-how from Mexico, sheet metal dies from Japan and Korea, combining Swedish precision on a robotic weld line, hence is also referred to as the ‘World truck’ by Tata Motors. Boasting outstanding material and build quality, comfort, driving dynamics and economy, at the same time offering customers with of lowest cost of ownership. Equipped with strong aggregates and a robust chassis frame and suspension, the Tata PRIMA range meets the highest operating standards under extreme conditions.

With the range extending upto 49 tonnes and engine options upto 560 hp, the Tata Prima is an ideal work horse for movement of goods and material across distances and terrains, at the same time delivering efficiencies to a trucking business.

Besides focusing on the mechanics of the vehicle, the uniqueness of the Tata PRIMA is that its cab which focuses on driver comfort. The cockpit of the Tata PRIMA is both functional and visually ergonomic with a separation in terms of the working and living area. The cabin is air-conditioned, with roomie occupants’ space, includes reclining seats, armrests, an adjustable steering system, a music system and Global Positioning System (GPS) as a standard feature.

In the October-December quarter of the Financial Year 2008-09, the automotive sector in India suffered severe contraction in demand, arising from major financial and other market upheavals. This exacerbated the lack of liquidity and unavailability […]