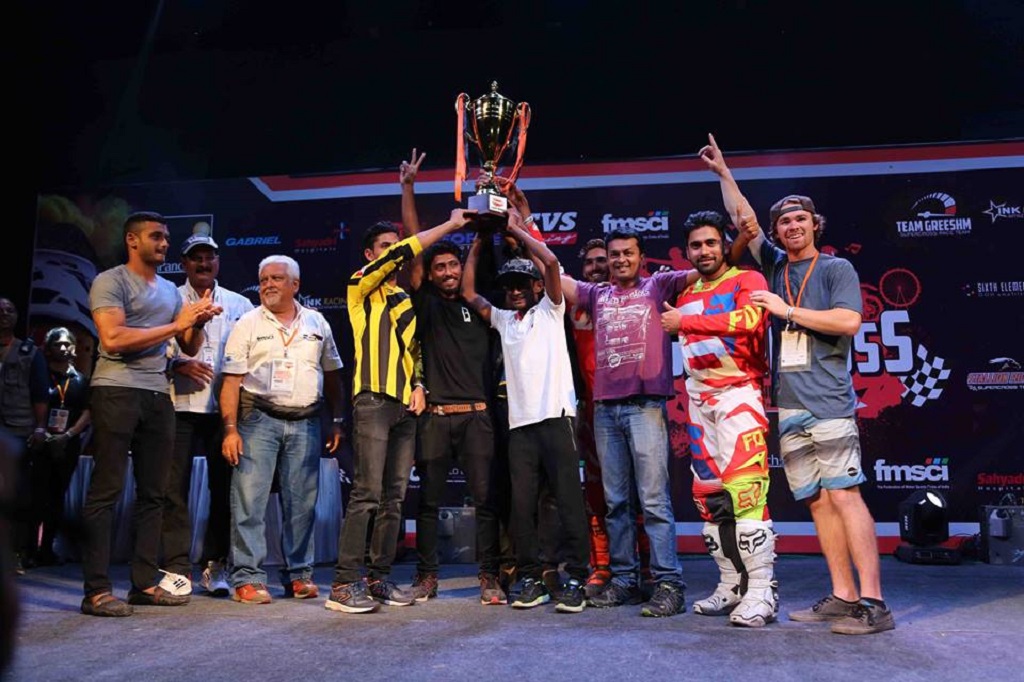 The three-day supercross extravaganza witnessed quality racing and thrilling performance by top notch international and national. The event which witnessed overwhelming response from the crowd was thoroughly entertained by the riders with some breathtaking action. For Stallion Riders the major contribution came from their riders of SX2 category. The SX2 category fetched them 178 points. Prithvi Singh was the X factor for the team as he contributed with a total of 91 points. Out of the six motos, the Chandigarh-based rider bagged the second position in two motos and bagged first position in one moto.

Prithvi was given a tough fight in the category by Javed Shaikh of Goa. Javed represented Team Greeshm which ended up in the second position with a total tally of 424 points. The Goa-based rider was the major contributor to the team’s tally as he contributed with 117 points and emerged victorious in five out of the six motos and ended in the second position in one moto. Javed was adjudged as the best rider in the category. 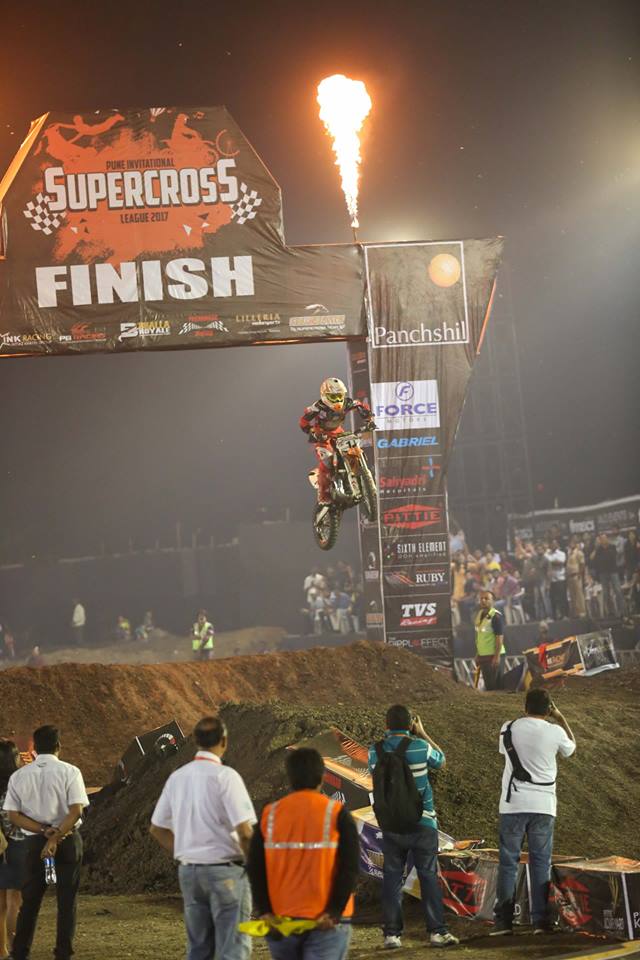 HARITH ALL THE WAY

In the SX1 category, Harith Noah of INK Racing dominated the proceedings as he finished first in the five out of the six motos and bagged third position in one moto. Harith was adjudged as the best rider in the category. The current national champion lived up to his reputation as he bagged the best rider of the category for the second time in the league.

For team Bhalla Royale the biggest setback was R Natraj not being able to finish the race due to crash in other two motos.  Imran Pasha from Pashankar Racing secured the second position with 96 points from six motos. 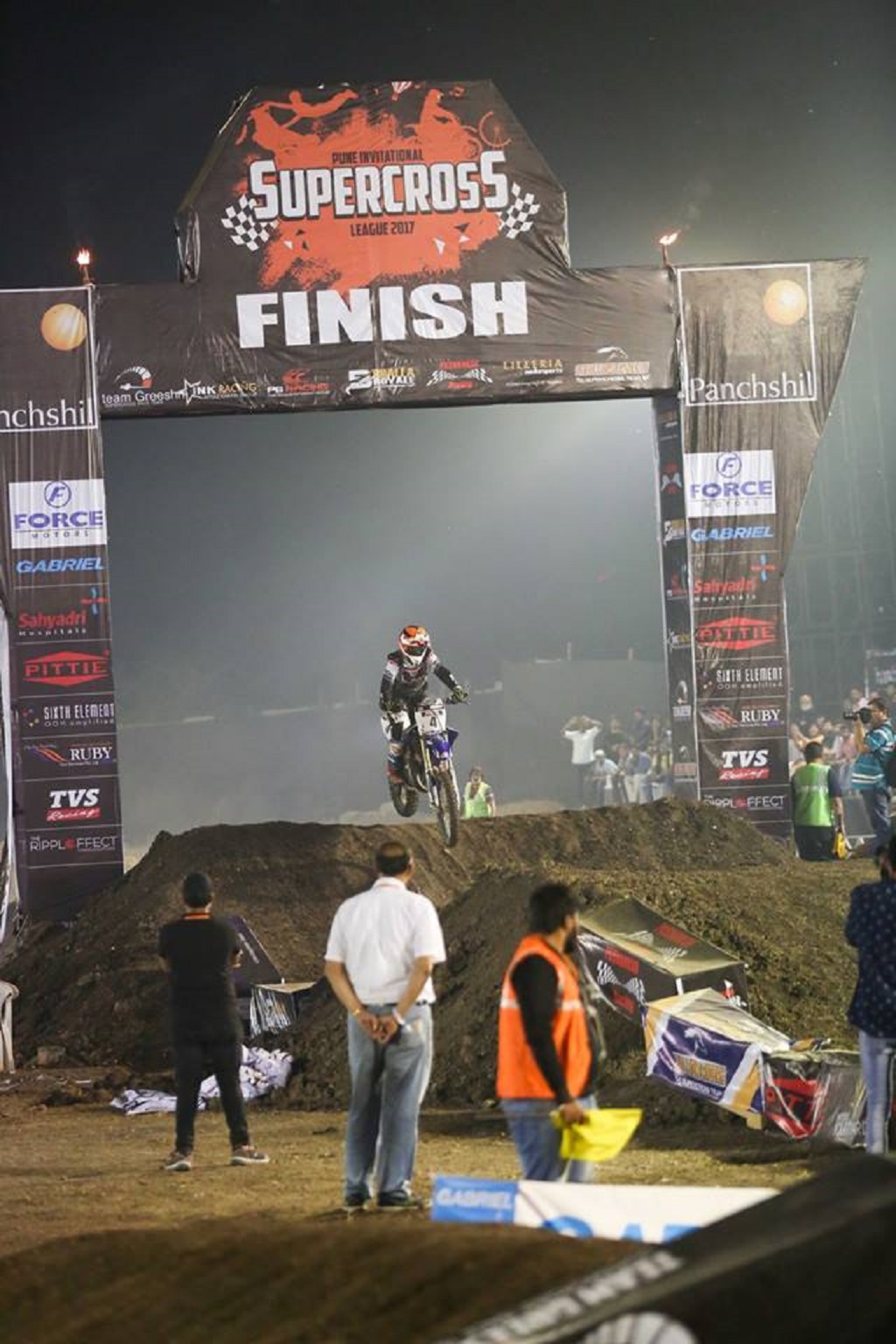 The SX junior category witnessed a close three-way fight between Pune lads Yuvraj Konde Deshmukh (Pashankar Racing), Karan Karle (PB Racing) & Devraj Kolhara of Sri Lanka representing Team Greeshm. But there was no stopping the talented and daredevil Yuvraj who topped the category by winning five out of six motos and secured the fourth position in one moto. 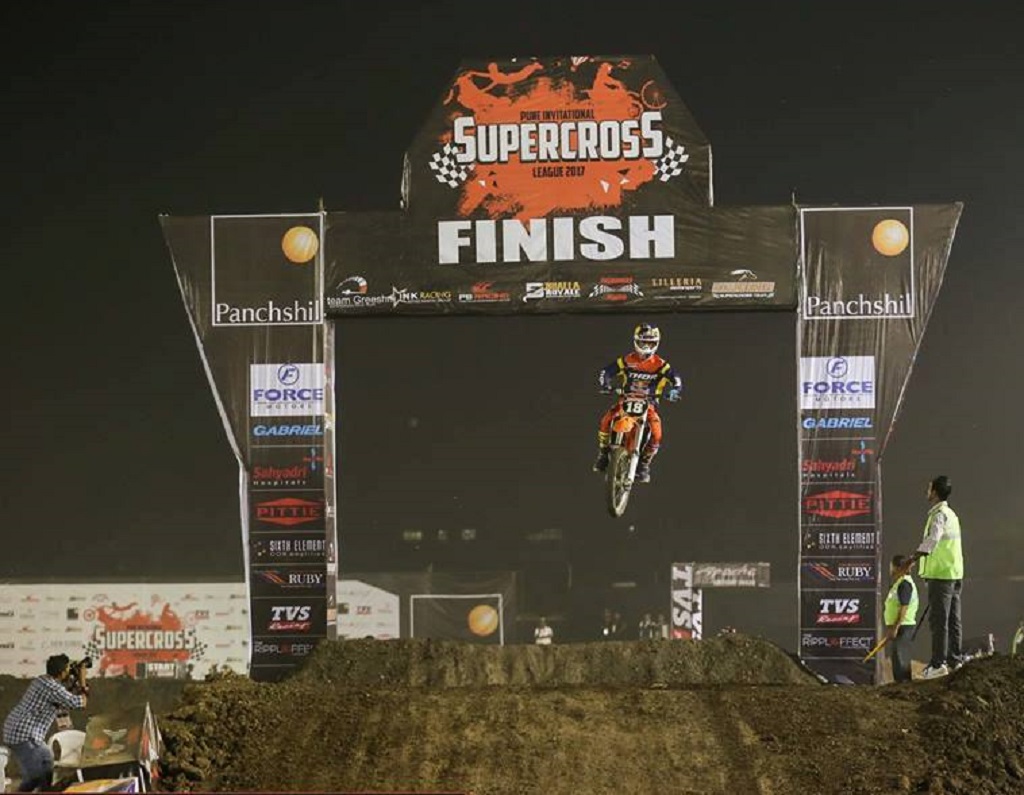 The most sought after category, SX International category saw international riders competing against each other. The category which turned out to be most exciting and intense affair, also witnessed a triangular fight between two South Africans – Anthony Raynard (PB Racing), Kerim Fitz Gerald (Team Greeshm) and rider from USA – Justin Muscutt (Stallion Riders). But the unstoppable Kerim Fitz Gerald bagged glory in the segment with a total of 110 points as he won four out six motos and secured second and fourth position in the other two motos. Anthony secured the second position with 99 points followed by Justin Muscutt with 82 points. Points won by the riders were not considered in the final team’s points tally since it was demo class category.

Satara lass Tanika Shanbhag the only female rider in the league won the SX Junior category (Privateer) as she bagged 114 points from six motos. Tanika won four motos, whereas secured the second spot second position in the other two motos.  She was given a tough fight by Satara kid Shlok Ghorpade who secured second position in the category with 108 points. 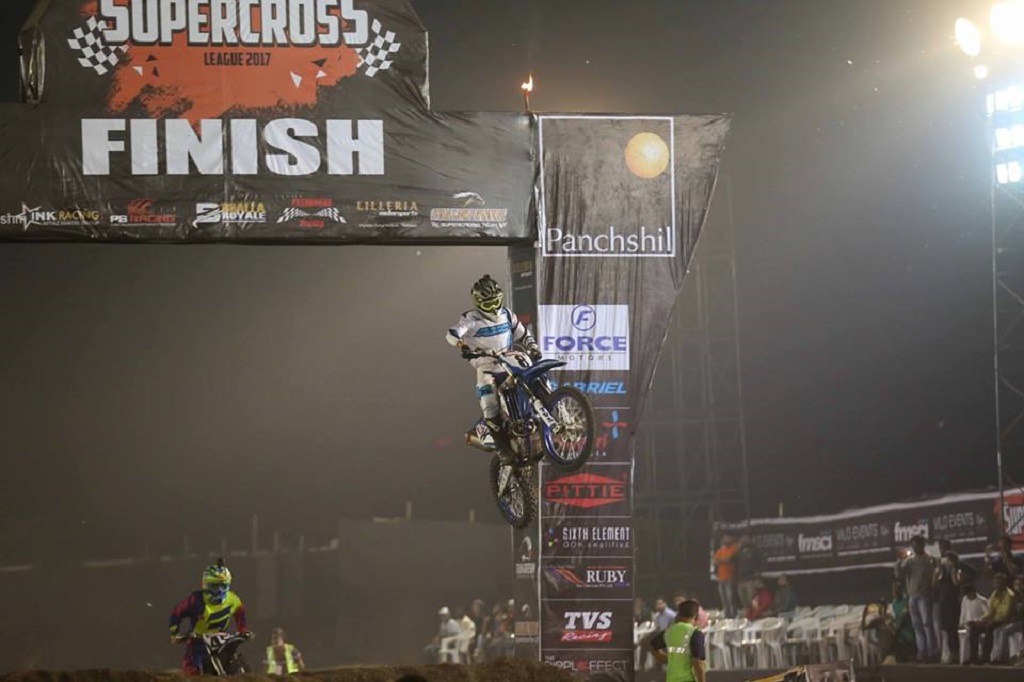 Speaking about the league, Eeshan Lokhande, Event Director & Partner, Vilo Events said, “As a sport, Supercross is surely gaining in a lot of popularity in India. The kind of response we got was overwhelming. The quality of racing throughout the league was fantastic. The league has taken Supercross as a sport to the next level and has given the sport a huge push. With sold out crowds thronging the venue and leading to an increase in participation and growing involvement and support from the Supercross fraternity. The league has set a new bench mark and has revolutionized the sport in India.”

Eeshan Lokhande further added, “We are really thankful to Panchshil Realty, all other sponsors and team owners for their support. I am confident that next year the league will become bigger and better with increase in participation from various corporates across India.”

POINTS AS PER POSITION

Debutants bag the title with a total tally of 167 points PB Racing &Gagan Developers end up in second & third position Pune lad Yuvraj Konde Deshmukh once again proves his mettle Pune:Riding on a […]