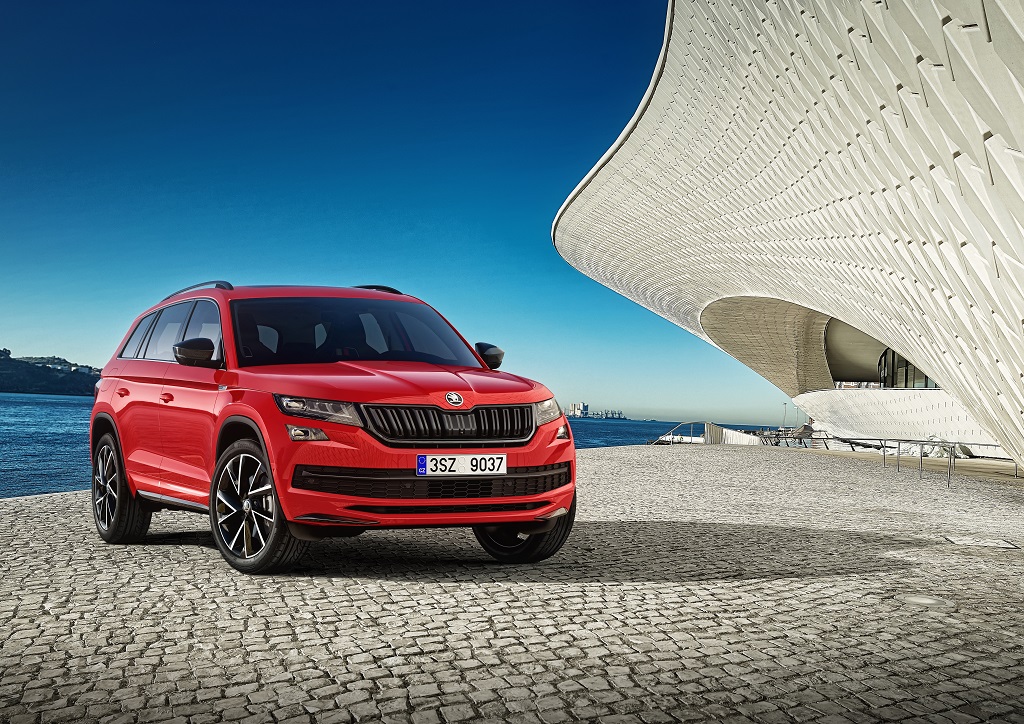 Mladá Boleslav / Geneva, 3 March 2017 – ŠKODA’s presence at the Geneva International Motor Show (7 – 19 March 2017) will include numerous world and exhibition premieres. Two variants of the bestselling ŠKODA OCTAVIA model range will take centre stage at the stand in Hall 2: the ŠKODA OCTAVIA RS 245 with a power output of 180 kW (245 PS) and the revised ŠKODA OCTAVIA SCOUT. The ŠKODA KODIAQ SCOUT and the ŠKODA KODIAQ SPORTLINE will also be unveiled at the Palexpo in Geneva. Furthermore, the revised ŠKODA RAPID and the ŠKODA RAPID SPACEBACK will celebrate their debuts as well as the modified ŠKODA CITIGO. Last but not least, the ŠKODA FABIA will be presented with its new 1.0 TSI engine. 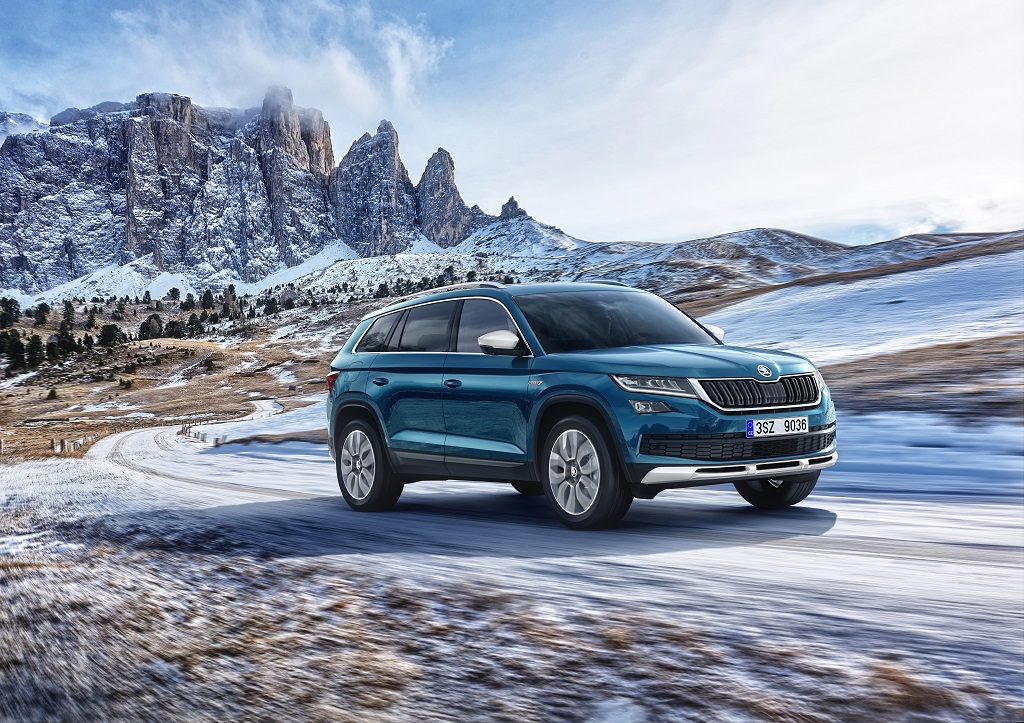 World premiere for the ŠKODA OCTAVIA RS 245 and ŠKODA OCTAVIA SCOUT
The ŠKODA OCTAVIA RS 245 – with its powerful engine and modern chassis technology including electronically regulated VAQ limited-slip differential – promises the ultimate driving experience. The compact athlete, with an increased power output of 180 kW (245 PS), is available as a hatchback and a Combi. The performance data is impressive: from a standing start, it takes only 6.6 seconds to reach 100 km/h, the top speed is limited to 250 km/h and maximum torque of 370 Nm is achieved between 1,600 and 4,300 rpm. Compared to the ‘standard’ models in the series, the sports chassis lowers the body by 15 mm; its rear track is 30 mm wider than that of its predecessor. The standard, burnished gloss-black alloy wheels are 19 inches in diameter. The ESC stability system with Sport mode and the electronically regulated VAQ limited-slip differential emphasise the car’s dynamic character, as do the progressive steering and the optional adaptive Dynamic Chassis Control (DCC). 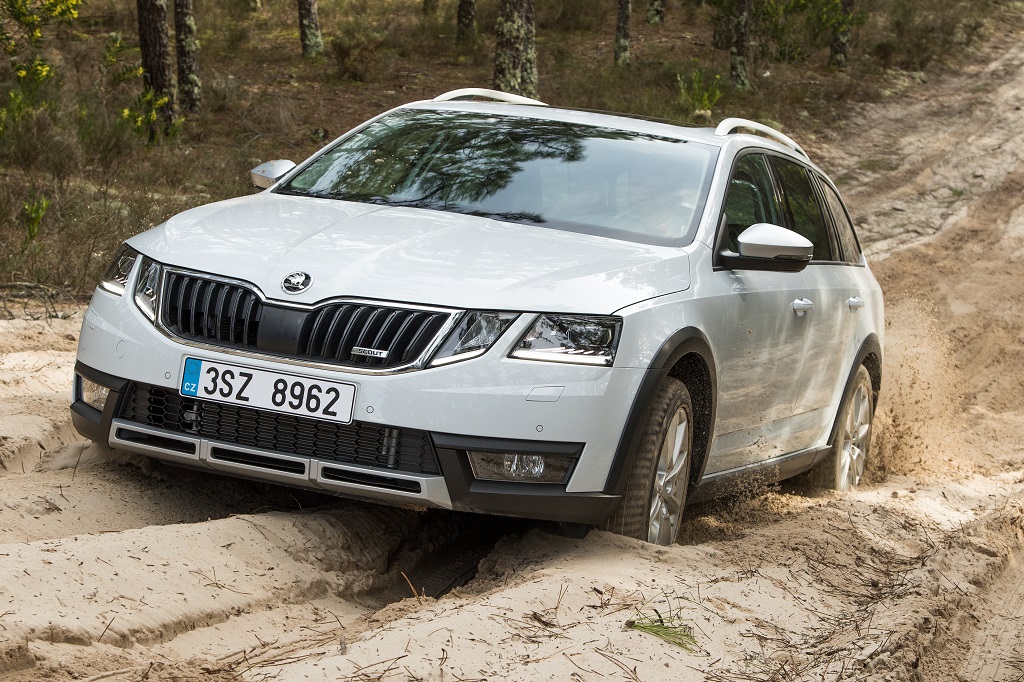 The ŠKODA OCTAVIA SCOUT comes with distinctive characteristics: a robust design in an off-road look, a wide variety of uses, powerful, yet efficient engines and all-wheel drive as standard. Its discrete, robust appearance is characterised by special features such as moulding on the bumpers, wheel arches and door sills, silver-coloured underbody protection at the front and rear, 17-inch alloy wheels, as well as a wider rear track. The standard equipment also includes the Rough-Road package, LED daytime running lights and the C-shaped LED tail lights. 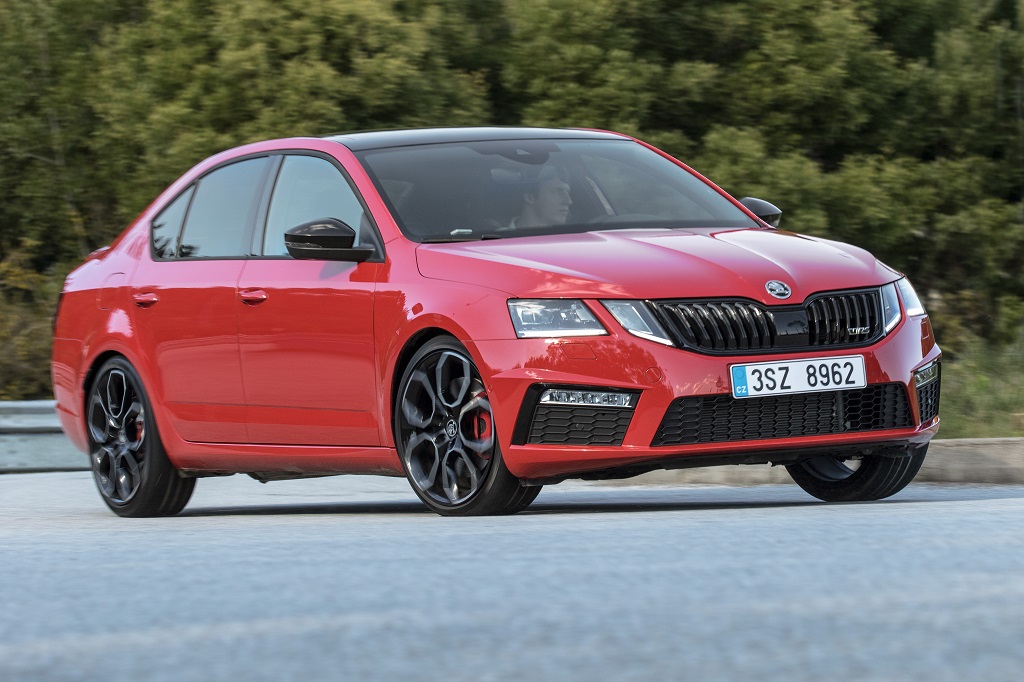 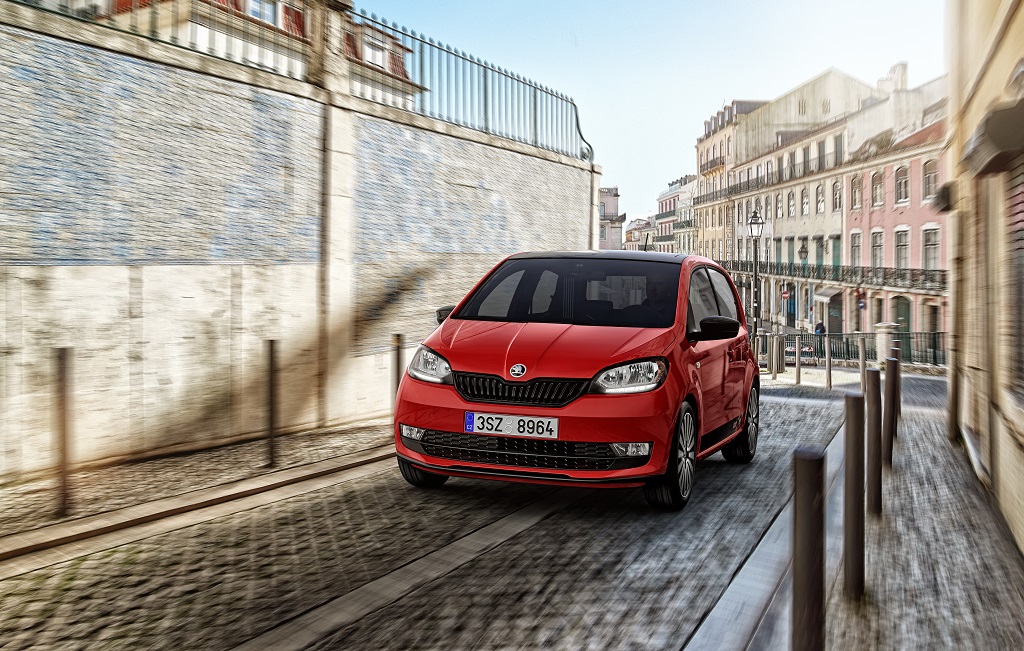 Premiere for the upgraded ŠKODA RAPID and ŠKODA RAPID SPACEBACK
The ŠKODA RAPID sets the benchmark for spaciousness amongst its direct competitors. Design and equipment have now been upgraded further. In Geneva, the ŠKODA RAPID SPACEBACK is on show in the particularly sporty Monte Carlo version. Numerous black design elements identify the 4,303-mm-long compact car as an athlete at first glance. Looking at the car’s rear, the longer rear window (now available as standard from the Style trim level upwards) is most eye-catching. Visually, it merges seamlessly into the large tailgate’s upper edge, which is also black. 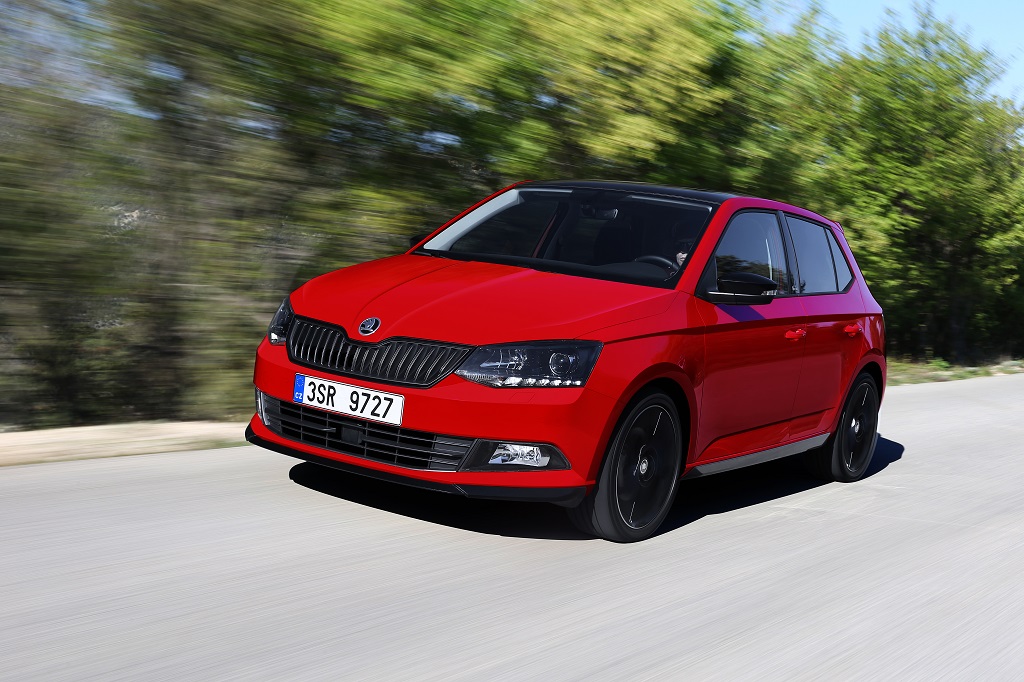 Premiere for the upgraded ŠKODA CITIGO
The ŠKODA CITIGO and the ŠKODA CITIGO MONTE CARLO are presented in Geneva with a completely redesigned front section and an upgraded interior. The city runabout, available with three or five doors, impresses with a generous amount of space, an excellent layout, a high level of safety, good handling, new, particularly efficient MPI petrol engines and the traditionally attractive value for money.

Premiere for the ŠKODA FABIA with new three-cylinder 1.0-TSI engine
The third generation of the ŠKODA FABIA impresses with a dynamic and emotive design, a large amount of interior space, innovative safety, comfort and infotainment systems‚ and numerous ‘Simply Clever’ features. A new three-cylinder-engine is available with two different power outputs. Its aluminium pistons and the connecting rods are so well balanced that the engine runs almost friction-free, quietly and smoothly. Thanks to an increase in injection pressure to 250 bar, both power variants of the new 1.0-litre engine achieve good driving performance and reduction in fuel consumption of up to six per cent.

› Readers of ‘Auto Zeitung’ vote ŠKODA the best import brand for the eighth time › For the third time in a row, the bestselling ŠKODA OCTAVIA wins the coveted trophy as best import model […]