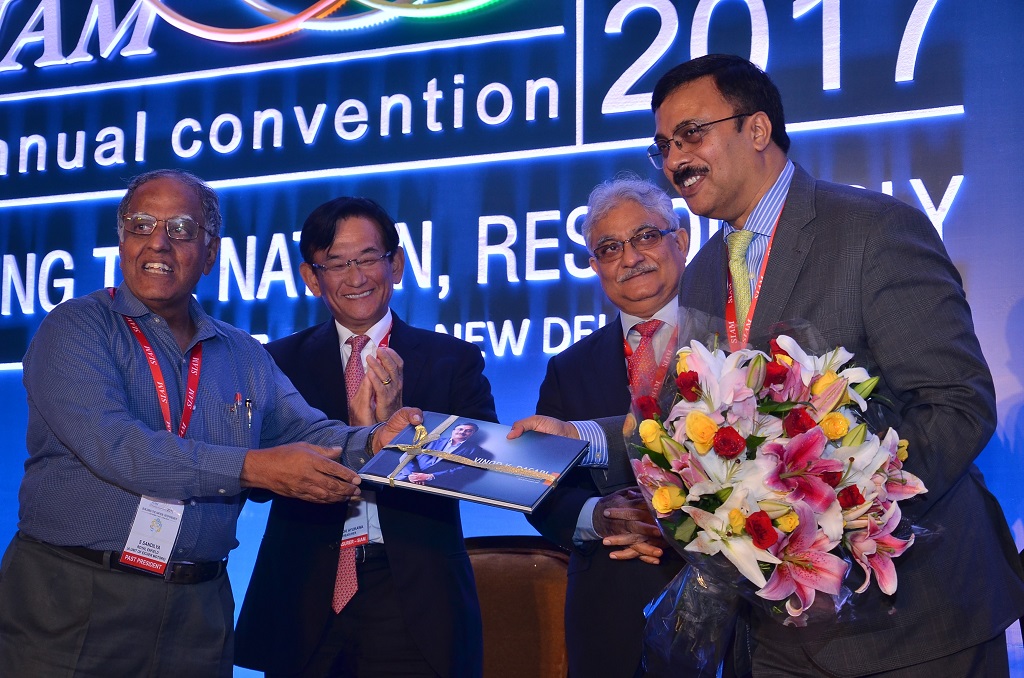 New Delhi, 7 September: The Society of Indian Automobile Manufacturers (SIAM), an industry body representing India’s automobile sector, held its 57th Annual Convention today titled “Building the Nation, Responsibly” where key representatives from the government assured all help to the Indian automotive industry to meet the global challenges and enhance R&D as the global industry is gradually moving to cleaner fuel and electric cars. 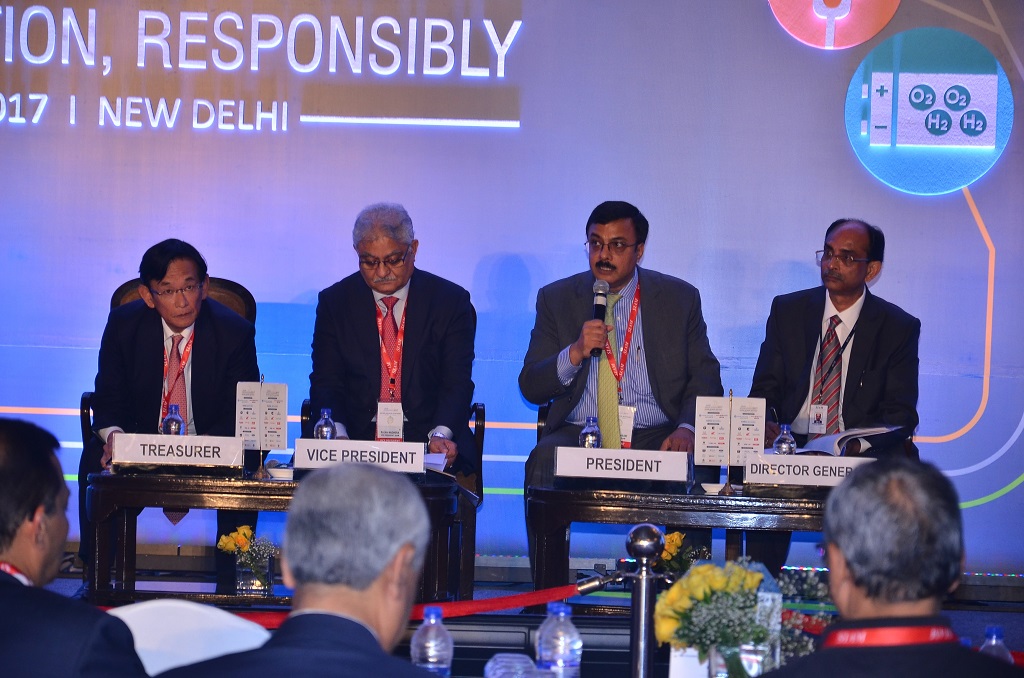 Union Minister of Road Transport & Highways, Mr Nitin Jairam Gadkari called upon India’s automobile industry to gear up to face the competition heating up in the international market and urged the automotive industry to reduce dependence on single technology, focus on R&D and work on new challenges evolving globally concerning innovations.

Mr Gadkari said that “we have to reduce two things in India; one dependence  on oil import and air pollution.” He also urged the industry to work towards these two aspects.

Mr Amitabh Kant, CEO of NITI Aayog, government’s main policy think-tank, said all policies for auto sector should be technology agnostic and left to the market forces for its self-sustaining growth. He conveyed government’s approach that courts should have hands-off approach and make India the base for zero defect and zero effect. Additionally, he remarked that over- dependence on a single technology may scuttle the R& D spirit, innovations and out of the box thinking which may not be helpful for automotive sector.

Mr Vinod K Dasari, President SIAM, CEO and MD of Ashok Leyland said India’s automobile industry is today standing on the threshold of major transformations and unprecedented challenges. He urged the government to create a National Automotive Board and called upon the industry for providing greater impetus for doing more Design in India to gain traction with government’s `Make in India’ initiative. 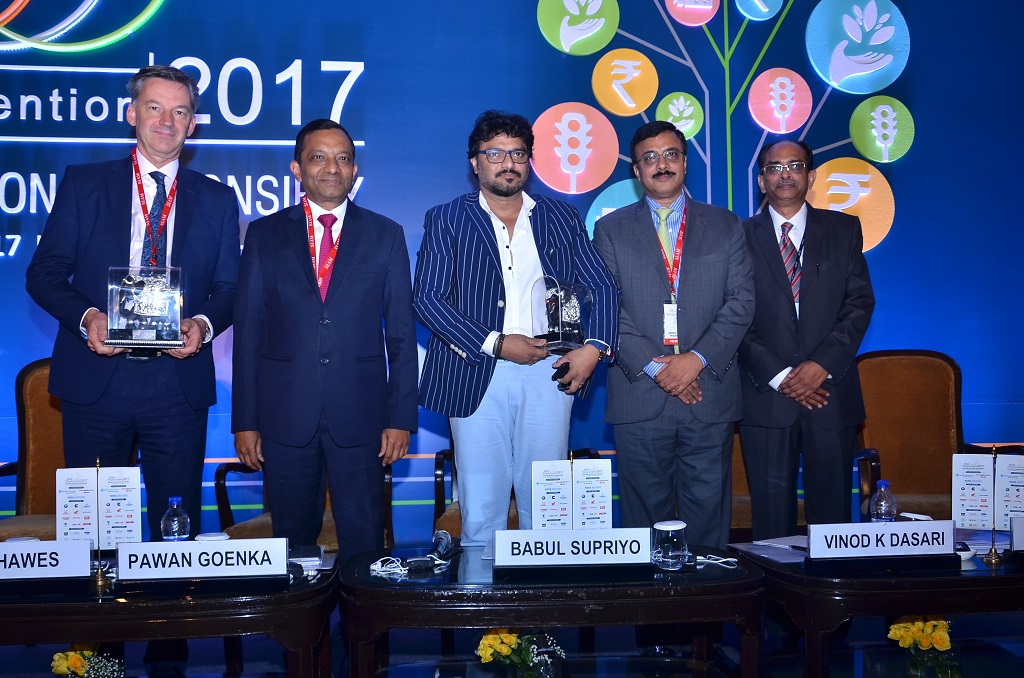 Mr Dasari also touched other concerns of the sector and appealed to the government to bring in legislation to reduce polluting vehicles and ban vehicles which are more than 15 years old. SIAM also launched a website on voluntary recall of vehicles.

Mr Venu Srinivasan. Chairman, TVS Motor Company Limited said the most important disruption is the electrification of automobiles, which he said is certainly going to happen by 2030 or 2040 in a significant way. He also called upon the Indian auto sector to move on from Make in India to Made in India.

At the concluding session titled “Transforming Mobility”, Mr Sumit Sawhney, Country CEO & MD, Renault India Private Limited said the biggest transformation has been in the mobile industry which has eventually widen the means of communications. He explained that a part of transformation in automobile sector has come with the introduction of e-taxi aggregators like Ola and Uber services.  “A lot has been spoken on electric cars, alternative fuel. As lithium batteries will fuel the cars in the future, the cost of these batteries will come down eventually as more and more players come in and with increased volume of usage of these batteries,” he averred.

Dr Pawan Goenka, Managing Director, Mahindra & Mahindra while addressing the valedictory session titled “Think Global, Act Local or Think Local, Act Global” said Indian auto companies need to work on this principles. He gave an example of Maruti Suzuki India and said it fully developed itself as an Indian automobile giant from a Japanese auto company. “And it did so as it fit in with the Indian ecosystem.” 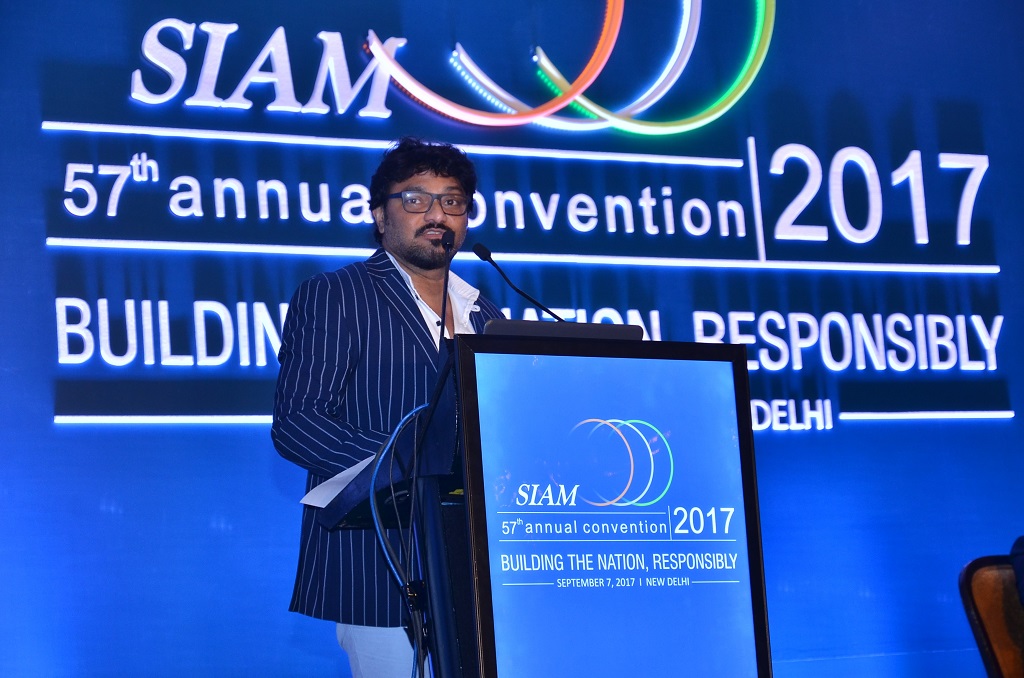 Dr Goenka further explained that to remain competitive, the large Micro, Small & Medium Enterprises (MSME) sector has to be tapped and provided skill development, access to technology and ecosystem. “The government has taken policy initiatives as is required. We would face the challenge of competitiveness as we are moving towards global operations,” he asserted. He also called for protection, creating an environment for local companies to grow and flourish. Similarly, he also urged the government to formulate policies for the auto sector carefully and in a balanced way keeping in mind FDI and foreign stakeholders.

Mr Babul Supriyo, Union Minister of State for Heavy Industries & Public Enterprises called upon the global auto CEOs to increase manufacturing in India. He said it is all about geographically positioning of China and India and India can be the manufacturing hub as it has many advantages over others. He assured the industry that issues like GST and other bottlenecks would be gradually worked out to make it hassle free. “We are in the very changing face of technology. Smaller vehicles are more compliant with the global rules. It is all about how we can make it more functional,” he added.

Mr Supriyo said that the `automotive mission plan 2016-26’ is in a draft stage and is under review of its ministry. “We are aware of all the efforts that the industry is putting in to achieve a healthy growth in a responsible manner keeping the global concerns in mind. A concerted effort is required from all concerned arms of the government. We in the department of heavy industry support your efforts. We want you to import less and export more…” said Mr Supriyo.

Mr Eyal Rosner, Founder, Beyond Mobility and Former Director, Fuel Choices Initiative of Prime Minister’s Office, Israel called for discussion to cut down the use of crude oil and reduce dependency on it. He explained that the countries cannot rely on only one solution as it would cost lot of money and involve risks too. He explained that India would need a sizeable amount of energy to push its infrastructure. He further asserted that with limited resources to develop an ecosystem in India for charging vehicles with adequate number of gas stations and charging points it would be a gigantic task for India and that it should start working on it.

Mr Tim Armstrong, Vice President, Planning Solutions, HIS Markit spoke on creating a favourable ecosystem in India for the auto market. “We should look at car not as a vehicle but as a service and automotive ecosystems are complicated,” he added. He said that oil and gas powered vehicles too are being challenged by other players in the global market and multi-dimensional changes are taking pace,” said Mr Armstrong.

Mr Mike Hawes, CEO, Society of Motor Manufacturers and Traders, United Kingdom it is upon the Indian industry as to how they take advantage of the technological shift and change in ecosystem as and when the time comes. “It will differ from U.K to India. There are factors like relationship with the government, public and private collaboration, academia, finances, government and the companies,” said Hawes.

Production The industry produced a total 4,675,407 vehicles including passenger vehicles, commercial vehicles, three wheelers, two wheelers and quadricycle in April-May 2017 as against 4,313,445 in April- May 2016, registering a growth of 8.39 percent […]