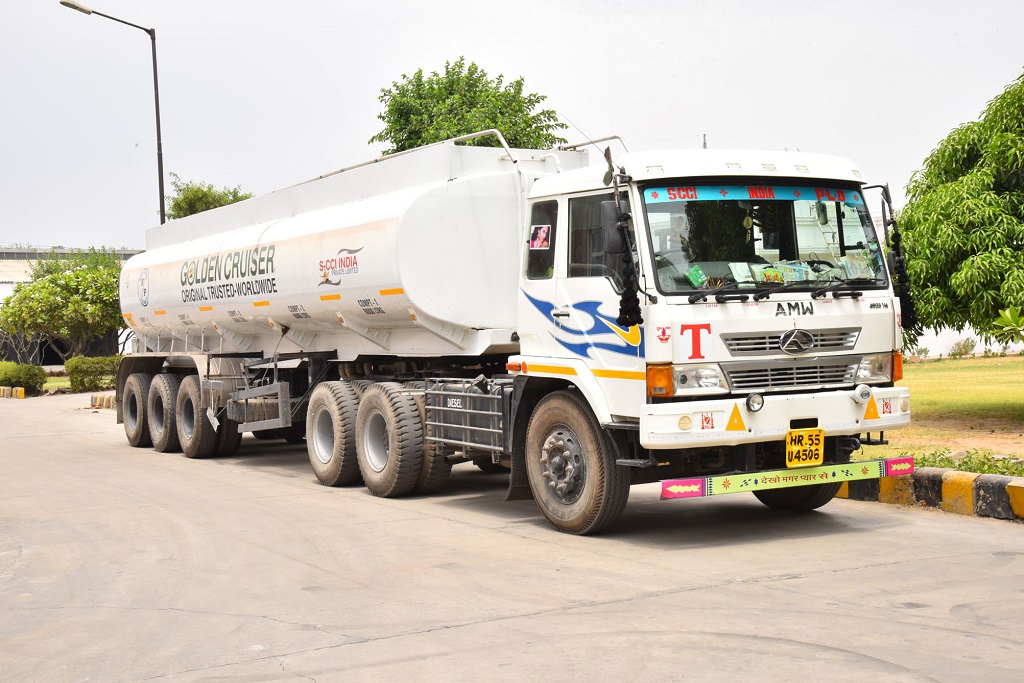 Expands Fleet of Tankers to 15

New Delhi 7th February 2017: Automotive Engine Anti-Freeze Coolants & Brake Fluid maker S-CCI Golden Cruiser has recently procured four 30 ton tankers built on chassis procured from Bharat Benz, thereby escalating the overall number of 30 ton tankers to a total of 10. This has been done to ensure the supply of long life coolants to its customers. Besides the current addition, S-CCI operates 23 trucks of various capacities for the procurement of raw material and supplies to customers.

The tankers are also used to carry the Mono Ethylene Glycol (MEG) which is the base material used in the manufacture of anti-freeze coolants. Earlier, when this activity was performed by tankers hired from transport companies, there were instances of product contamination and quality issues. This was primarily because commercial tankers are used to carry a plethora of products, many of which do not completely disappear even after thorough cleaning.

Director at S-CCI Golden Cruiser, Mr. S K Singh said “OEM’s are very particular about quality and rightly so, as their brand image is exceedingly important for them. S-CCI Golden Cruiser is a supplier of anti-freeze coolants to major automobile companies and hence has a major responsibility to ensure that its products meet the stringent requirements of all OEMs. Therefore, we use our own tankers to procure material and supply to customers to prevent contamination and deterioration of Product quality”. 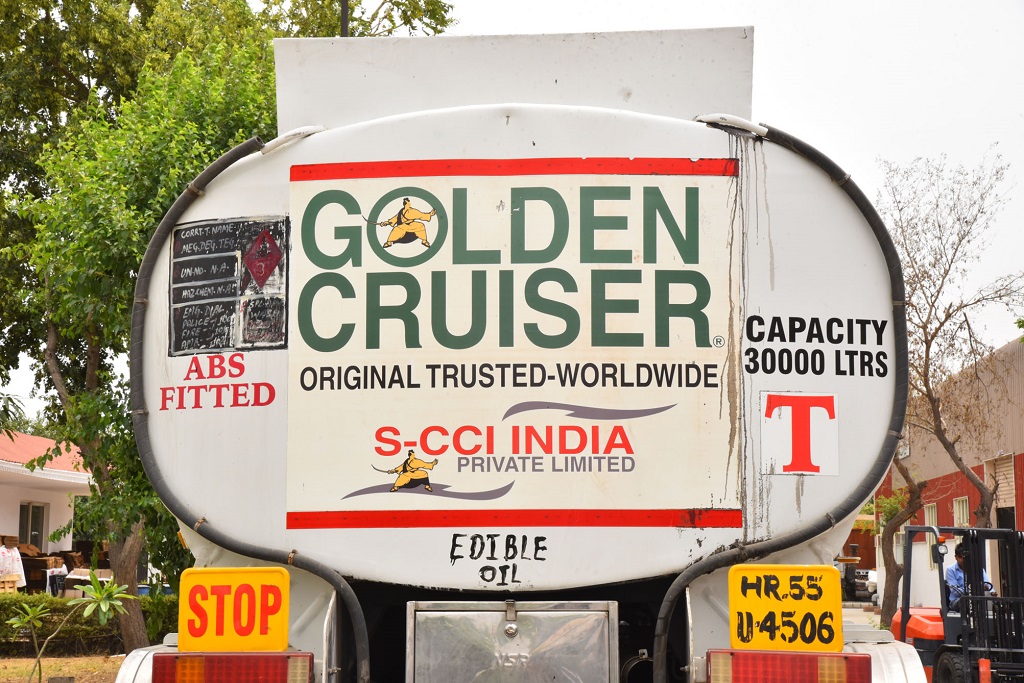 In addition to the fleet of 18 trucks recently procured from Bharat Benz, the other 5 include 3 trucks of 30 ton load made   by AMW and 2 by Tata . Similarly, the fleet of six 30 ton tankers assembled by AMW has been in operation with the company for the last 8 years.  Another fleet of 5 tankers of lower capacities ranging from 20 tons to 2 tons are manufactured by Tata, Mahindra and Ashok Leyland. They are used for daily / weekly supplies to OEMs who are increasingly shifting towards bulk storage for coolants in place of drums which were being used earlier.

Operation of such a large fleet is a mammoth task and S-CCI Golden Cruiser has a full-fledged logistics division to monitor the movement of such a large fleet. “Timely delivery is of utmost essence in this day and age, and since most OEMs operate on a ‘Just in time’ basis, it becomes critical to have a captive fleet wherever it is possible.”, further added Mr. Singh.

This joint venture was created with the vision to constantly upgrade the technology of ancillary products and consumables to the international levels.

S-CCI India is a joint venture with CCI Corporation, Japan and manufactures Engine Anti-Freeze Coolants, Brake Fluids and other specialty chemicals. A product of contemporary technology from CCI Corporation, Japan, Golden Cruiser is trusted by American, European as well as Japanese automakers for its technological advantages over other products. With over  several million kms. of field testing done on different chemical systems, the Golden Cruiser products have had an edge over others for several years in different parts of the world.

CCI was established in 1949, and since then, CCI has been developing high-quality engine Anti-Freeze coolants and brake fluids based on on-going research. CCI Corporation has a 60% market share in Japan and 19% worldwide with manufacturing plants in Japan, USA, UK, China, Taiwan and Thailand.

Automotive Engine Anti-Freeze Coolants & Brake Fluid maker S-CCI Golden Cruiser, has been awarded the 18001: 2007 Occupational Health and Safety (OHSAS) certification. The award has been given to the company for its Bhiwadi plant at Alwar, Rajasthan, India. […]