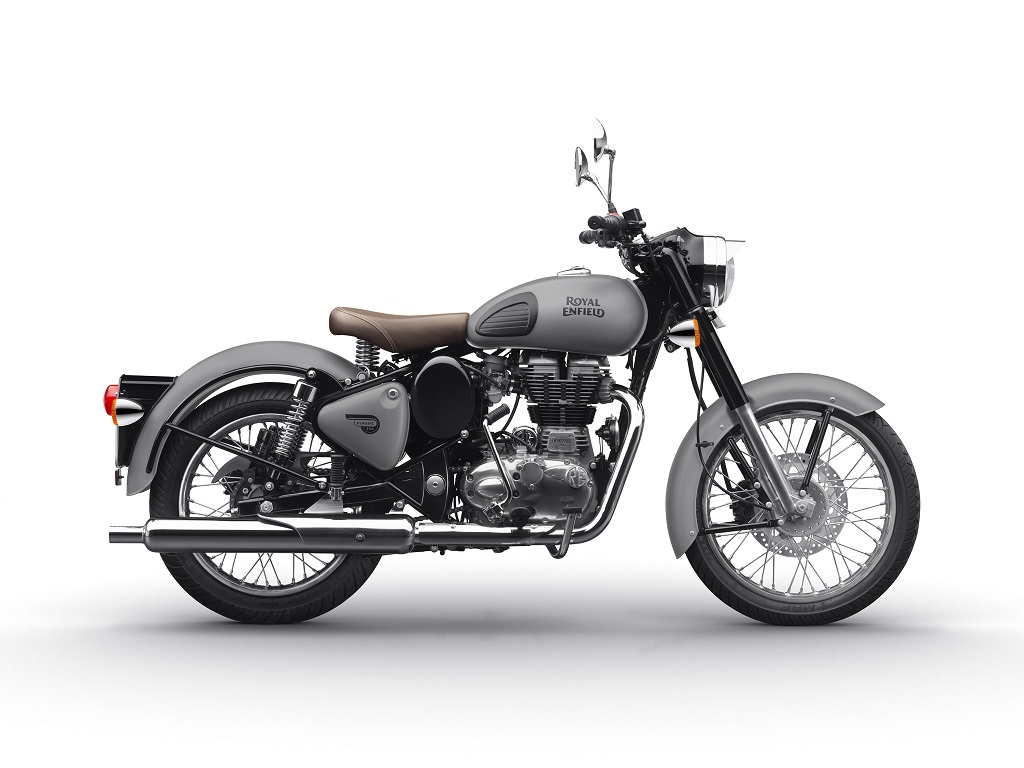 ~ Classic gets both front & rear disc brakes for the first time~

~ Bookings open on September 18, 2017 at all Royal Enfield stores across India ~

These two new variants will resonate with the new-age riders’ sense of style, while they continue to embrace the pure motorcycling experience. Carrying the rich legacy forward, Royal Enfield continues to refresh its flagship classic series which has witnessed phenomenal success since its launch. Being the pioneers in the mid-sized motorcycle segment, Royal Enfield, with its authentic British pedigree, has the biggest market share in this space.

Introducing the new motorcycles, Mr. Rudratej (Rudy) Singh, President, Royal Enfield said, “We try to stick to doing things that are authentic. In that spirit, the new Gunmetal Grey and Stealth Black variants of the Classic are an ode to our riders and their journeys. It is an authentic expression of self and a celebration of the dark and the spirit of the various shades of night when a rider reminisces the day gone by and the day that is to unfold. We are confident that this will resonate with riders and aspirants who believe in what we believe. Pure Motorcycling. With these new Classic additions riders have more ways to tell their story”

Introduced in 2008, the Royal Enfield Classic is designed on the lines of the J2 and it is a tribute to the retro look of British motorcycles in the post-World War II era. The Classic retains the quintessential classic British styling of the 1950s; simple, harmonious, proportioned and finished. Powered by Royal Enfield’s 350cc unit construction engine (UCE), front & rear mudguards, the headlight casing, the fuel tank, the oval tool box, the exhaust fins, the speedometer dials, the single-seat spring saddle, tail light assembly and the headlamp cap, all these conform to the native imagery of British motorcycles in the aftermath of World War I 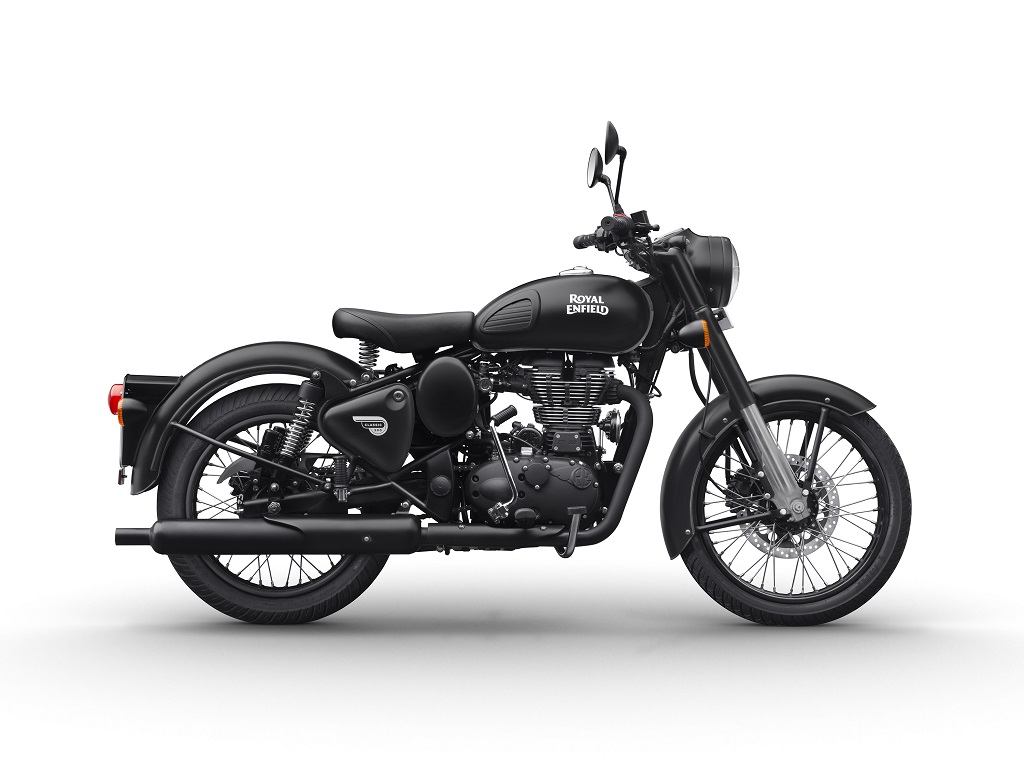 Royal Enfield’s product line‐up in India includes the Bullet, Classic and Thunderbird models in 350 and 500cc displacement along with Continental GT 535cc café racer and the purpose built Himalayan powered by the new LS410 engine. Royal Enfield operates through 17 company-operated stores and 705+ dealers in all major cities and towns in India, and exports to over 50 countries across the world including the USA, UK, several European and Latin American countries, as well as the Middle East and South East Asia.

~ 61 motorcyclists including 6 women flagged off covering a distance of over 2400 kilometres across 18 days ~ New Delhi, July 08, 2017: The 14th edition of Royal Enfield’s Himalayan Odyssey was flagged off today, from […]

Royal Enfield recently launched its 2021 Himalayan – the Adventure Tourer in India and the company has already begun deliveries of the versatile motorcycle across India. The company delivered 100 motorcycles in a day across its stores […]