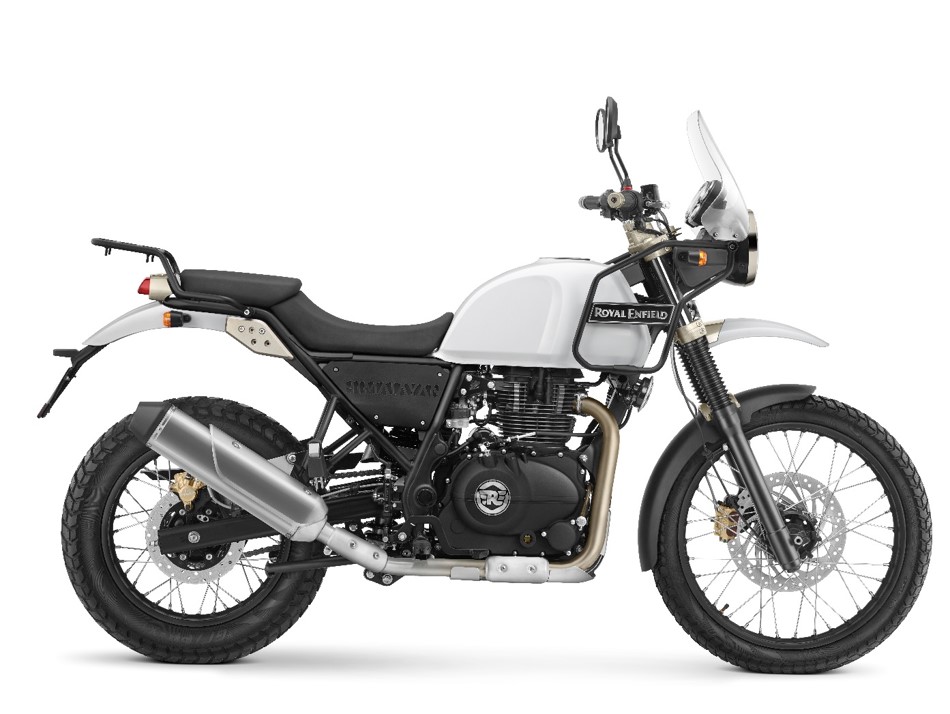 Extremely versatile – designed to be your only motorcycle

Royal Enfield, the fastest growing motorcycle brand in the world, today introduced the Himalayan—a motorcycle purpose-built for adventure and touring in the Himalayas. Bringing together 60 years of Himalayan riding experiences in a completely ground-up design, and powered by a new LS 410 engine, the Royal Enfield Himalayan paves the way for a purer, non-extreme and more accessible form of adventure touring in India.In fact,its extremely capable off-road capabilities make it adept for riding though potholed urban jungles as it does for treacherous mountain trails.

Introducing the Himalayan, Mr Siddhartha Lal, MD & CEO, Eicher Motors Ltd. said, “Himalayan is the culmination of Royal Enfield’s 60 years of enduring history in its spiritual home—the Himalayas. Our single biggest insight in all these years of riding has been that the best motorcycle for the Himalayas is not one that tries to dominate its landscape, but one that is able to go with its flow. Large adventure tourers that currently define this category, do not fare well in the Himalayas as they are very heavy, extremely complicated, intimidating and not really designed for this environment. With its purpose-built ground-up design, the Himalayan is a simple and capable go-anywhere motorcycle that will redefine adventure touring in India.” 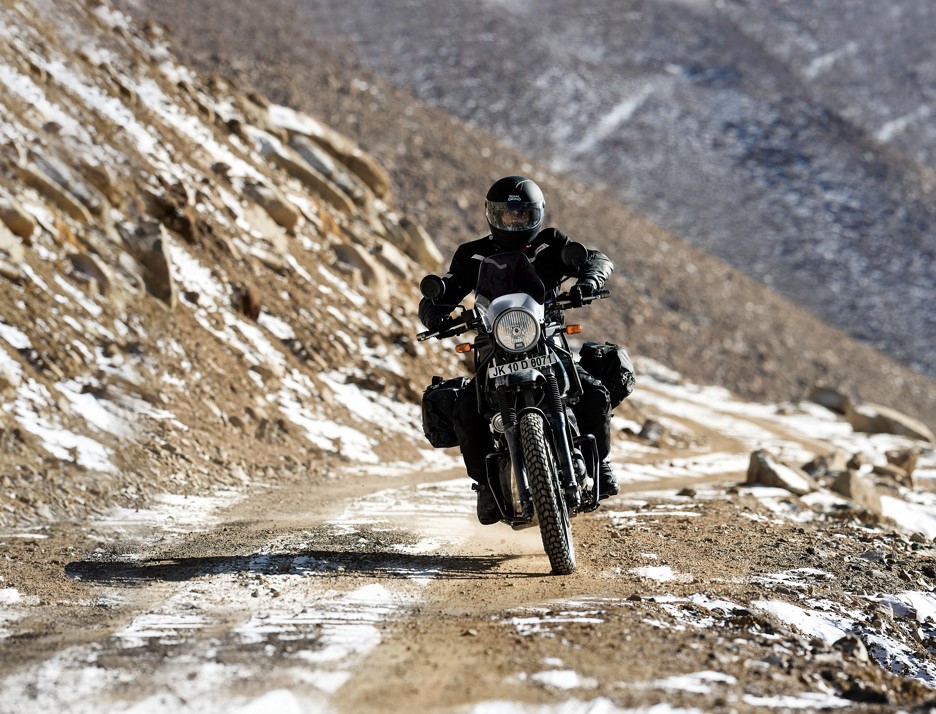 Built on a rugged duplex split cradle frame designed and developed by Harris Performance, the Himalayan is stable and agile in equal parts. A strong mono shock rear suspension with linkage allows for longer travel and delivers a smoother ride experience regardless of terrain. The Himalayan’s  220 mm ground clearance ensures it gobbles up obstacles comfortably be it in the Himalayas, rocky river beds or at stream crossings. An optimal wheel size combination allows for better control while riding over rocks and ruts.

The Himalayan is powered by a completely new and evolved overhead camshaft engine platform that forms the base for its new long stroke LS 410 engine. The all new engine delivers high torque and usable power at lower RPMs. This makes for smooth riding in higher gears at lower speeds, making it easy to climb hills, or to maneuver through traffic. Modern design and materials of the engine translate to increased efficiency and low maintenance, and the engine can go 10,000 kilometers between oil changes. 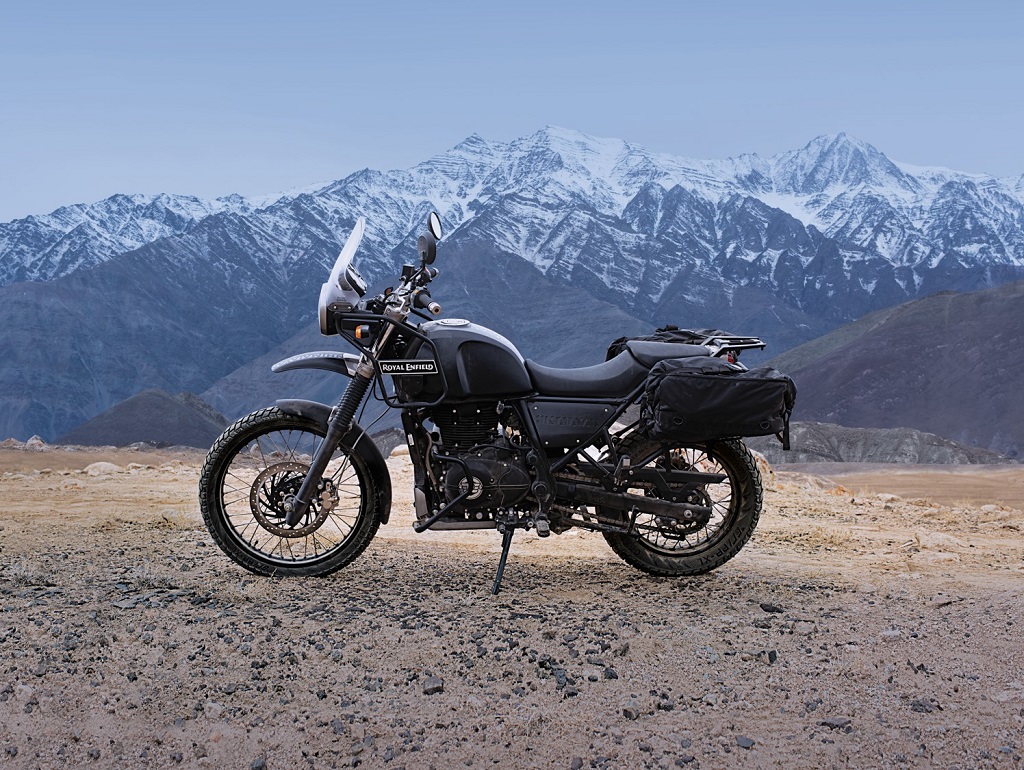 Speaking at the launch of the Himalayan, Mr Rudratej (Rudy) Singh, President Royal Enfield said, “What excites me about our new motorcycle, is that it fundamentally builds on Royal Enfield’s core philosophy of balancing aspiration with access. It allows both seasoned riders as well as enthusiasts to do more with just one motorcycle. The Himalayan serves the purpose of a seasoned rider and at the same time opens the roads (pun not intended) to many more people who will get the confidence that they can ride on and off the road less travelled, going beyond their day-to-day commuting needs.”

“Functionally – the Himalayan’s non-intimidating spartan design, a flat torque curve, accessible seat height and long suspension travel alongside the ease of ownership, make the Himalayan is an extremely versatile motorcycle that is adept for long rides while equally being the definitive choice to navigate our urban jungles”, Rudy added.

Royal Enfield has invested significant time and effort in testing the Himalayan extensively with experts and across multiple terrains for both off-road and on-road manners. Starting from the Bruntingthorpe airfield in UK to the race track in Sriperumbudur, Chennai; from off-road terrains to urban settings and then in real world riding conditions in the Himalayas; the motorcycle has clocked lakhs of kilometers and cumulative mileage before hitting the production line.

The Himalayan is more than the sum of its parts; not only does it deliver on its intent of being a purpose-built motorcycle for the Himalayas, it is also extremely versatile and designed to be your only motorcycle.

Available in two colour options—Granite and Snow, the Himalayan will be on display in select Royal Enfield stores in the Delhi and the NCR region from February 3, 2016. Customers can book and test ride the Himalayan across the country from March 17, 2016.