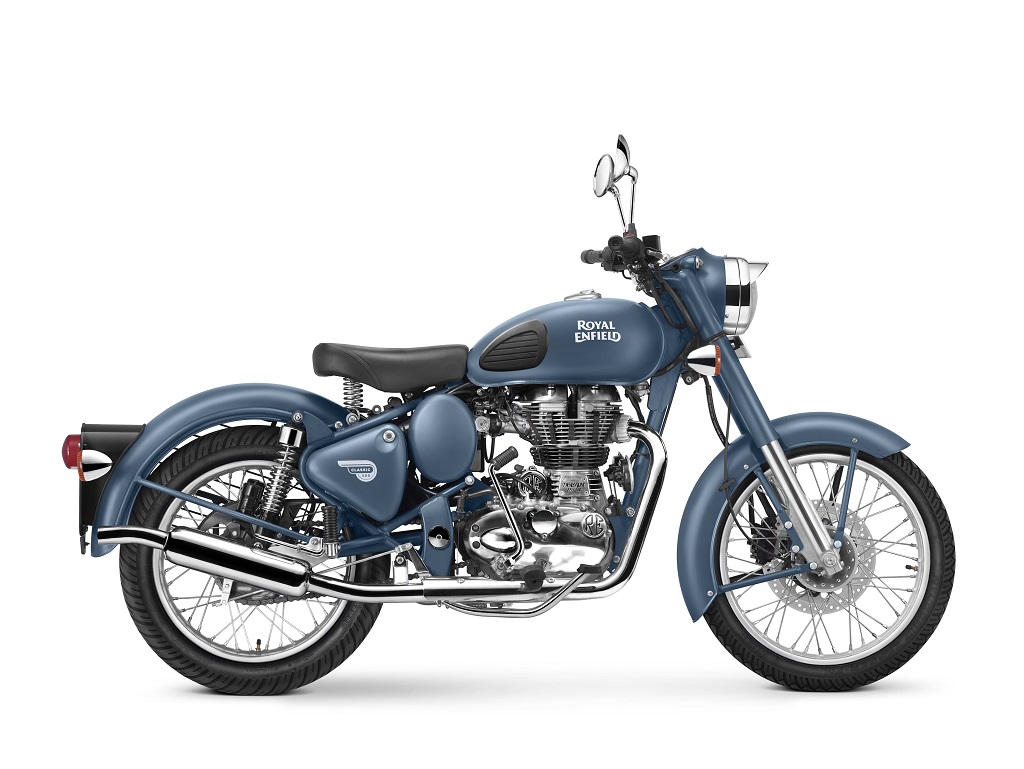 Royal Enfield, the world’s oldest motorcycle brand in continuous production, today introduced a new colour – Squadron Blue – for its Classic 500 range of motorcycles. The new colour variant has been inspired by the Indian Air Force and is a tribute by Royal Enfield for its long standing history with the soldiers of the skies. The new Squadron Blue Classic 500 variant is now available for booking across all company stores and dealerships in India.

Speaking on the new Squadron Blue colour, Mr Rudratej Singh, President, Royal Enfield said, “The Classic 500 Squadron Blue is a tribute to Royal Enfield’s war time presence and association with the armed forces. We wanted a variant with a genuine armed forces heritage for our customers and for this, Royal Enfield turned to the Indian Air Force for inspiration. We had to be very particular about the colour to create an authenticity and also provide the motorcycle its post war appeal. This inspiration led us to create the Classic Squadron Blue which is now available at price of Rs 186,688 on-road Delhi”

The Classic is one of the most successful products in the Royal Enfield stable and has been the company’s bestselling model. The new Squadron Blue variant is powered by the 500cc Unit Construction Engine and will be cherished for its reliability and simple, yet drop dead gorgeous classic styling while offering the same unique experience of leisure motorcycling that generations of civilians as well as officers of the Indian Air Force enjoy. The motorcycle will be available at an on-road price of Rs 193,372 in Mumbai, Rs 189,350 in Chennai, Rs.198,649 in Bengaluru and Rs. 196,700 in Kolkata

Royal Enfield and Levi’s® ride along for a capsule collection

Sales performance Continuing its strong sales momentum and performance in 2015, Royal Enfield posted sales of 44,138 units in combined domestic wholesale and exports in October 2015, recording a growth of 73% over same period […]

Mumbai, 4 July, 2017: To celebrate the growing passion of community riding amongst motorcycling enthusiasts and riders, Royal Enfield hosted an event with the riding community at Royal Enfield’s exclusive gear store in Khar, Mumbai on Saturday. The […]