~ Across Maharashtra, Royal Enfield has delivered 3700 number of motorcycles in the festive period 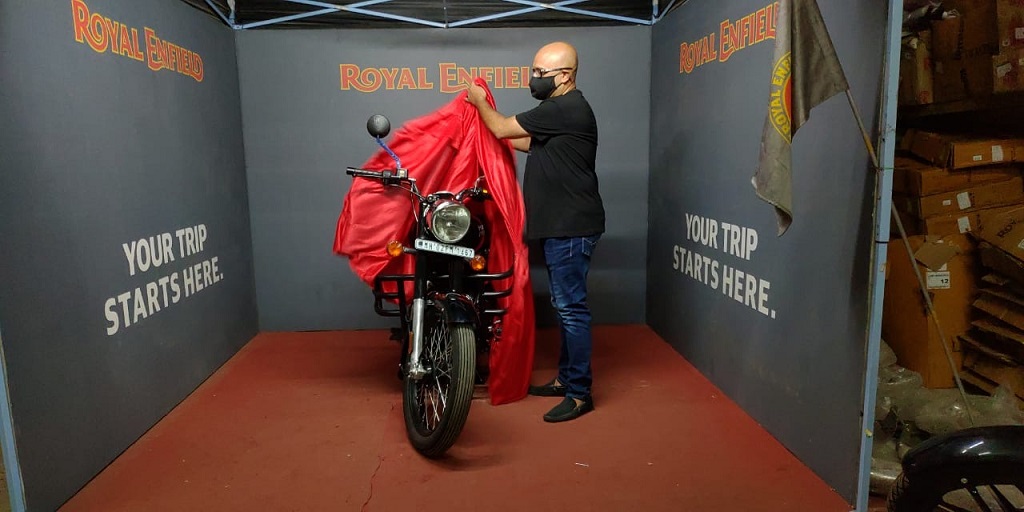 Mumbai, 29 October 2020: Royal Enfield, the global leader in the mid-size motorcycle segment has announced the delivery of 1200 units of motorcycles in Mumbai on the auspicious occasion of Vijaya Dashami. Owing to the festivities and elated consumer sentiments, the brand has been able to achieve this remarkable milestone. The motorcycles which were delivered included some of the popular variants such as the Classic 350, Bullet 350, Himalayan, and the 650 Twins. In Maharashtra, Royal Enfield has retailed 3700 motorcycles in the festive period.

The ongoing festive season is a period of heightened activity for both manufacturers and customers. With the unlock phase kicking in and improved consumer sentiments, Royal Enfield has been able to ensure a sustained business recovery and growth over the last few months.

The quick and steady recovery of business could also be attributed to various initiatives by the brand that aimed at improving customer experience amidst these unprecedented times.  Royal Enfield’s Service on Wheels, a customer-friendly initiative which aims at providing a hassle-free motorcycle service experience at customers’ doorsteps, has received great feedback from the existing owners. In Mumbai, 262 motorcycles offering Service on Wheels have been deployed.

In addition to Service on Wheels, Royal Enfield offered a slew of initiatives that ensure Contactless Purchase and Service – Home Test Rides, e-payment options for motorcycle purchase and service facilities. Royal Enfield’s contactless and digital initiatives have resulted in an all-time high number of bookings for the brand.

There has been a steady demand in the market and the momentum is continuing. The booking levels are encouraging and a promising sign for the upcoming months. While there was some pent-up demand in the market, the recent business recovery and steady sales figures could be safely attributed to the fresh demand being generated.

Royal Enfield has 92 stores across Maharashtra.

Royal Enfield’s Scramble returns with its second edition in Punjab

~ After a successful first edition in Shimla, Scramble, Royal Enfield’s competitive team event is back and will be held from August 23 -27th 2017 in Ropar, Punjab ~ Registrations now open at https://royalenfield.com/scramble/punjab/  ~ […]

Mumbai, 6th November 2020:  CEAT Tyres, India’s leading tyre manufacturer, has forged an association with Royal Enfield for the launch of the Meteor 350. CEAT will be the official tyre supplier for all variants of the […]

Powered by a ground-up new engine – LS 410 Extremely versatile – designed to be your only motorcycle https://drive.google.com/folderview?id=0By5C-dHJJN7HSUJ5eW83NXRDOVk&usp=sharing Royal Enfield, the fastest growing motorcycle brand in the world, today introduced the Himalayan—a motorcycle purpose-built […]