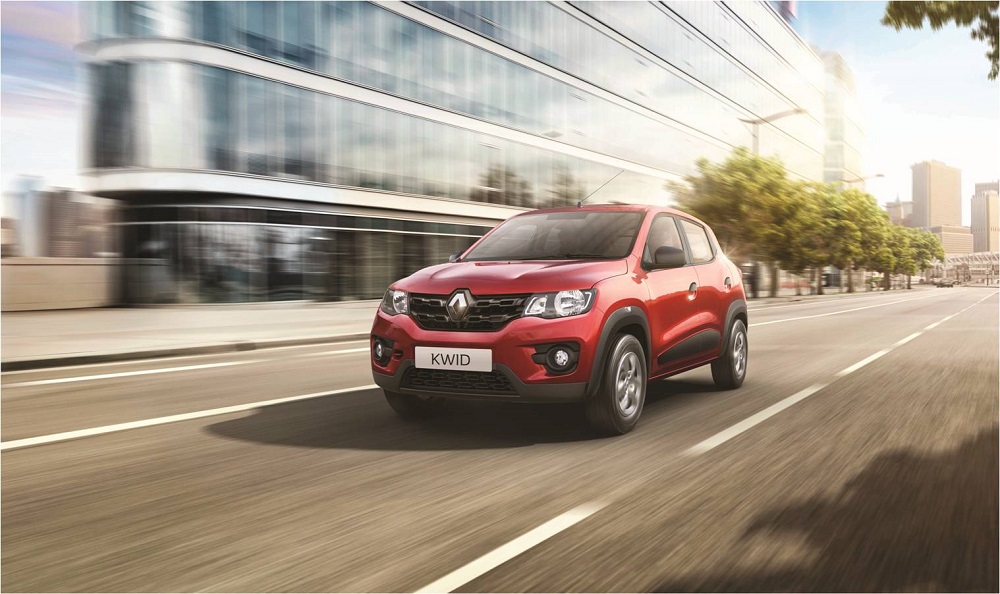 Renault India, one of the fastest growing automotive companies in India, started taking pre-launch bookings for its much awaited global hatchback, ‘Renault KWID’. This will be the most fuel efficient petrol car in the country delivering mileage of 25.17 kmpl which is enabled by a 3 cylinder 0.8 liter SCe – Smart Control Efficiency petrol engine.

Renault KWID also boasts of several features which are best not only in hatchbacks, but also cars in segments above. They include a best-in-class ground clearance of 180 mm and a boot capacity of 300 litres with a 7 inch touchscreen Media Nav system and a digital instrument cluster. The length and width of the car is also one of the best in entry and mid-sized hatchbacks.

Mr. Sumit Sawhney, Country CEO and Managing Director, Renault India Operations said “Renault KWID, Renault’s Global Compact Hatchback for conquest will be first launched in India and thereby reflects the importance of India in Renault’s global expansion plans. One of the most important parameters in this segment is fuel efficiency and Renault KWID is a clear winner in this regard. Together with this, Renault KWID boasts of several class leading and segment-first features. Renault KWID is also launching with game-changer communication tools, which is led by the Renault KWID App and the Renault Virtual Showroom.”

For the first time in India, Renault has launched the Renault KWID Virtual Showroom, which is a live sales demonstration and objection handling portal. Prospects can come in and book a slot. At the designated slot, trained sales consultants will take the prospects through the car via a live video demo online. Then questions can also be answered. It takes consumer selling to a whole new level. This level of innovation is not present even in other high involvement product categories.

Another first is the fully equipped Renault KWID App. It is a one stop app with all features, competition comparisons, reviews, 360 degree view, etc. Interested customers can also select dealers and proceed to book the car through the App. This sets a new benchmark in consumer selling in the automobile category.

The initial response on the Renault Virtual Showroom and the Renault KWID App has been overwhelming.

With Renault gearing up for the festive season and with the opening of new dealerships all across the country, Renault KWID will also soon claim the top spot in terms of ‘Hassle Free Maintenance’. Renault KWID has a low friction engine design for low energy loss and optimum fuel efficiency. The engine also has a reduced oil capacity that translates to lower maintenance cost. Renault KWID will also be best-in-class in maintenance part costs due to aggressive localization, which stands at 98%, which will positively impact the overall ownership cost.

Renault will offer a 50,000 Km/2 years Maintenance Policy, extendable up to 80,000 KM/4 years, to the discerning Indian customers. Renault will also offer complementary Road Side Assistance for 2 years.

Renault cars are manufactured in the manufacturing facility located in Oragadam, Chennai, with a capacity of 480,000 units per annum. Currently, Renault India also has a widespread presence of more than 164 sales and service facilities across the country with benchmark sales and service quality.

Renault’s robust product line up and services have also seen strong recognition among customers and industry experts alike, winning more than 40 titles, including 31 accolades for Duster as well as awards for Pulse and Scala, making Renault one of the most awarded automotive brands in a single year in the country.

Week-long initiative ‘Renault Monsoon Camp’ to be held from July 15th to July 21st at all Renault service facilities across Together with a comprehensive car check and maintenance, several customer engagement activities planned to make […]

Renault India, one of the fastest growing automotive brands in India, made Chingam a memorable and delightful experience for its customers by delivering 400 Renault vehicles in a single day across the state of Kerala […]