The study is a key industry benchmark that measures owners’ emotional attachment and level of excitement for new two-wheelers during the first two to six months of ownership. The study examines 34 attributes across six performance categories (in alphabetical order): control switches/ locks; engine and transmission performance; fuel economy; looks and styling; ride and handling; and seats. Overall APEAL performance is reported as an index score based on a 1,000-point scale, with a higher score indicating higher satisfaction.

In the motorcycle category, the newly launched models not only generate higher APEAL satisfaction than carry-over models from last year (831 vs. 826, respectively), but also perform better in terms of initial quality problems[1] experienced by buyers (139 PP100[2] vs. 152 PP100, respectively).

“Two-wheeler manufacturers launch multiple new models each year that offer contemporary looks, styling and increased feature contenting,” said Kaustav Roy, director at J.D. Power, Singapore. “However, the quality of execution is pivotal to satisfaction. Buyers in India have a wide range of two-wheelers to choose from, thus it would be prudent for OEMs to ensure that their new products are of improved quality to benefit from sustained acceptance by customers.”

Following are some key findings of this year’s study:

In the scooter segment, Honda Activa I (844) ranks highest among executive models.

The 2017 India Two-Wheeler Automotive Performance, Execution and Layout (2WAPEAL) Study is based on evaluations from 9,406 owners who purchased a new vehicle between March 2016 and October 2016. The study includes 87 two-wheeler models from 10 makes, and was fielded from September-December 2016 in 45 cities across India.

J.D. Power has offices in Tokyo, Singapore, Beijing, Shanghai, Malaysia and Bangkok that conduct customer satisfaction research and provide consulting services in the automotive, information technology and finance industries. Together, the five offices bring the language of customer satisfaction to consumers and businesses in Australia, China, India, Indonesia, Japan, Malaysia, Philippines, Taiwan, Thailand and Vietnam. Information regarding J.D. Power and its products can be accessed through the internet at www.asean‐oceania.jdpower.com.

No advertising or other promotional use can be made of the information in this release without the express prior written consent of J.D. Power. www.jdpower.com.

[2]All problems are summarized as the number of problems per 100 vehicles (PP100). Lower PP100 scores indicate a lower rate of problem incidence and therefore higher initial quality. 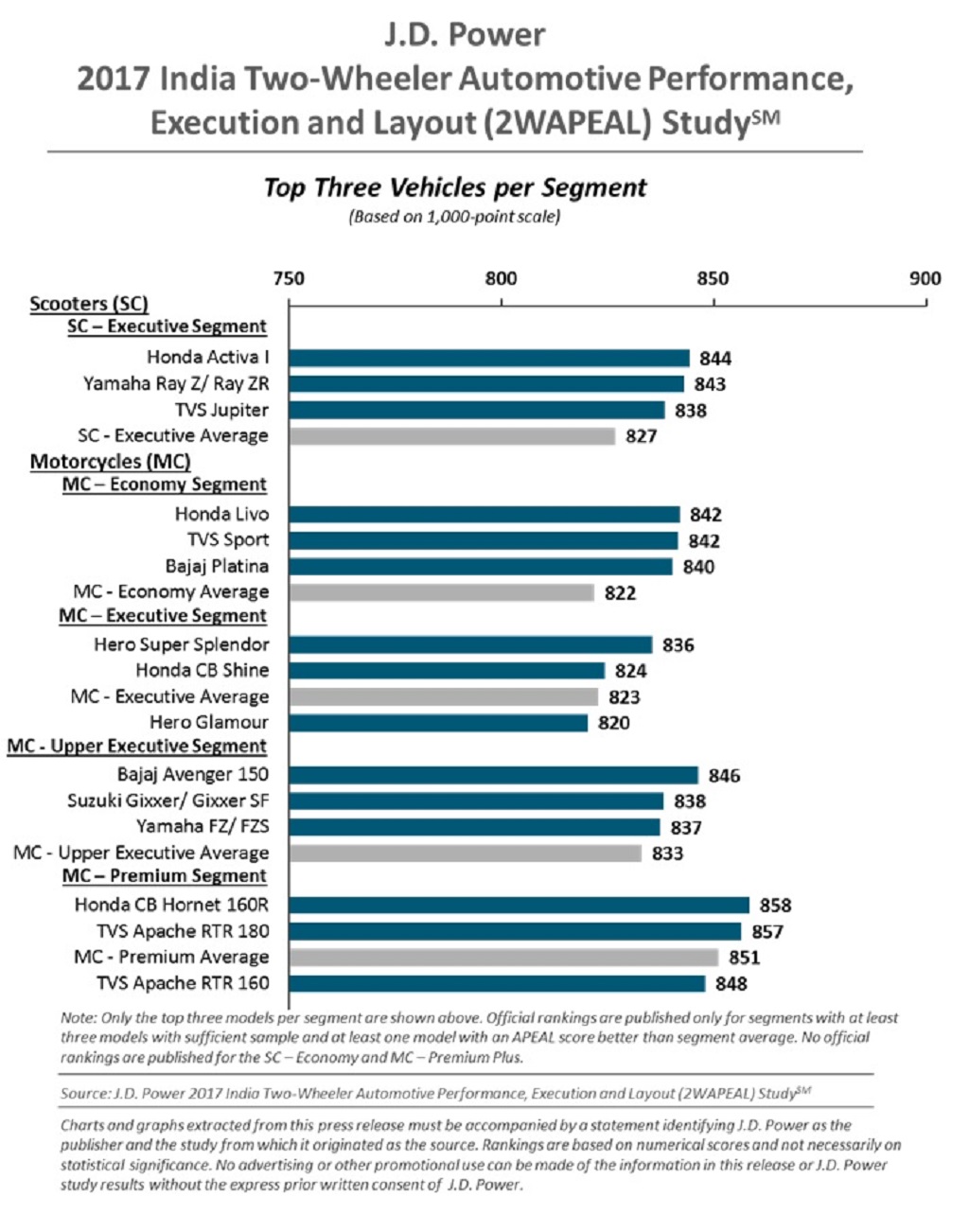 The Honda BR-V Prototype officially made its world debut at the GAIKINDO Indonesia International Auto Show (GIIAS) 2015. This new generation crossover utility vehicle features the combination of an SUV appearance and handling and great […]

Turnover* – ` 6,356 crore PAT – ` 978 crore Operating EBITDA margin at 21.2% A meeting of the Board of Directors of Bajaj Auto Limited was held today to consider and approve the results for […]

Reiterates the widespread customer acceptance in the country Honda Amaze, the compact-sedan, has crossed the sales milestone of 200,000 units in India. Launched in April 2013, Honda Amaze marked the entry of Honda Cars India […]