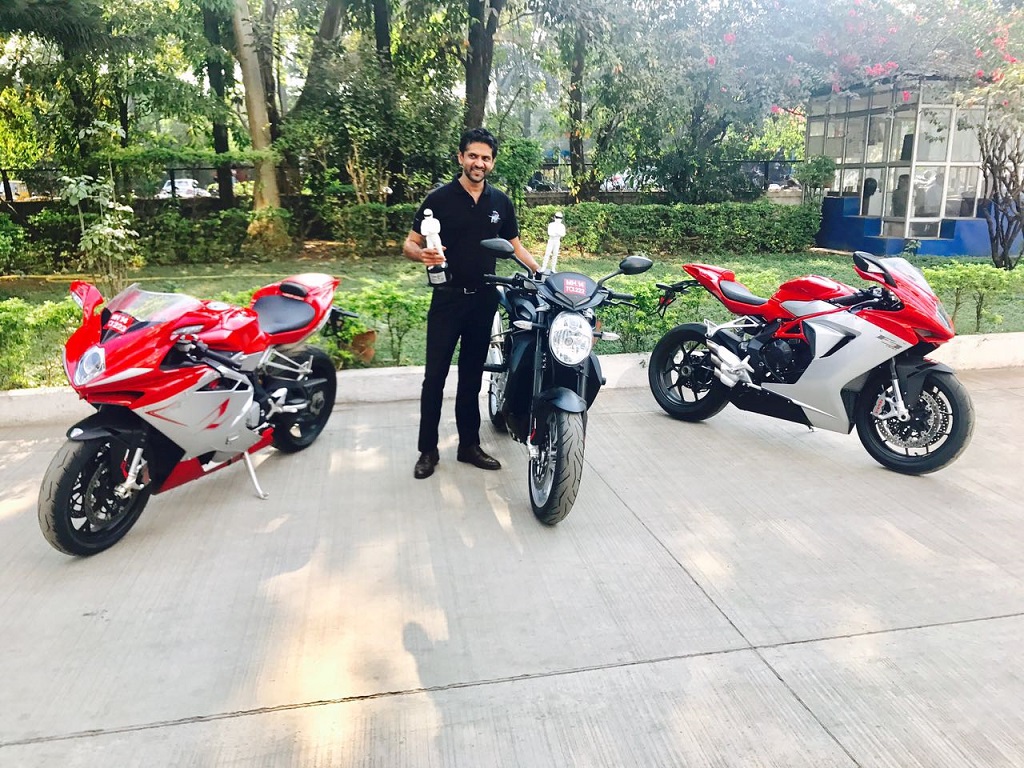 Within one year of launch, MV Agusta wins awards for each one of its motorcycle from various publications

sPune, 5th Feb 2017: MV Agusta, the legendary Italian company known for the world’s most premium high-performance superbikes is proud to announce its achievement of winning an award for each of its motorcycle. With a range of various new bike launches in the year 2016, MV Agusta maintains its splendid entry in the Indian superbike fraternity.  The awards come in both, the 3 cylinder range and 4 cylinder range and the bikes have been appreciated for its unmatched power and features by both, experts and readers choice!

Commenting on the acquisition, Mr.Ajinkya Firodia, Managing Director; MV Agusta India Pvt. Ltd. said, ‘It is a matter of great pride and pleasure for MV Agusta to be receiving such important awards amongst the competitive superbike market. I am especially pleased that each one of our product range has bagged a victory – proving the MV is the best in all available categories!  These awards are won by the Kinetic Group in our legacy area of 2 wheelers after 10 long and laborious years, hence a moment of great honor for us. It is humbling for MV Agusta to be recognized by such renowned publications and be able to set standards in the superbiking fraternity.

Founded in 1945, MV Agusta brings with it a legacy of making exceptional superbikes. MV Agusta machines are considered the holy grail of high-performance motorcycling, as it sets the standards in terms of design, finesse and performance. 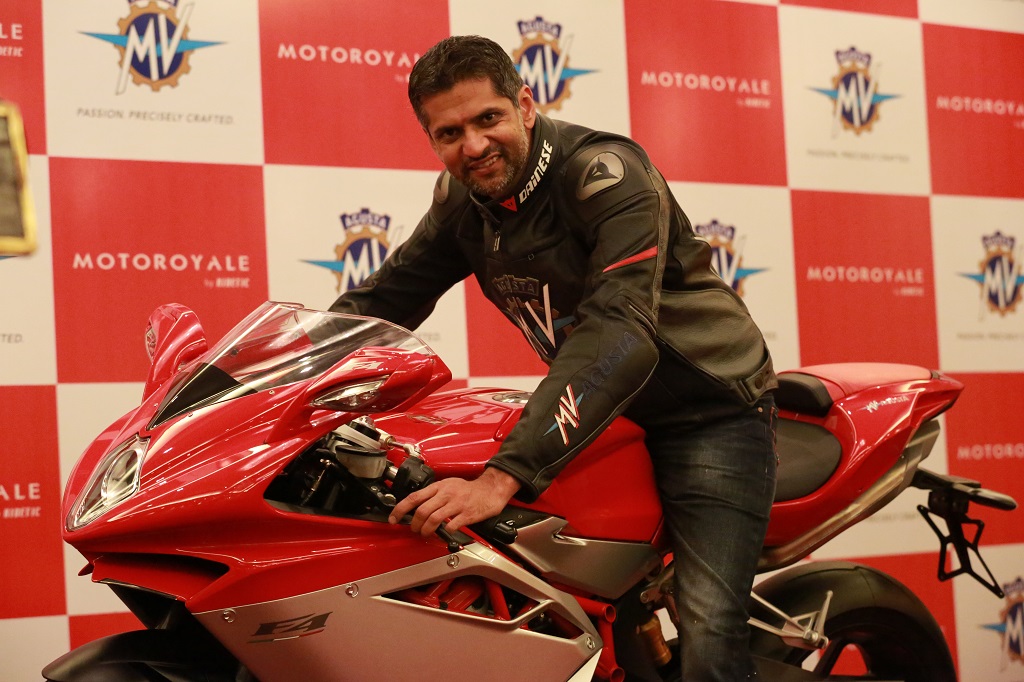 The MV Agusta F4, which was originally designed by the legendary Italian motorcycle designer, Massimo Tamburini, has often been hailed as the best-looking superbike in the world by the motorcycle press in Europe, the US and Japan.

4) State of the art electronics, lightweight construction and maximum attention to detail

The F4 RR is the top-end version of the F4 series. The F4 RR has high-performance motorcycling history in its blood and is the epitome of emotion, performance, speed and incomparable design.

4) Lighter, faster, extreme in every sense, racing in every detail.

The F3 800 is the class-leader in the supersports segment. Its styling mirrors that of its elder sibling, the legendary F4, which was designed by the great Massimo Tamburini.

3) Perfect combination of performance and handling, technical features, racing aptitude and versatility on every day roads

The MV Agusta Brutale 1090 is priced at Rs 20.28 lakh (ex-showroom Pune) and is available in Matt Black & Matt White color/s.

Based in Varese, Italy, MV Agusta was found in 1945 and today MVA machines are considered the holy-grail of high-performance motorcycling. With groundbreaking bikes like the F4, which was designed by the legendary Massimo Tamburini, and the Brutale range of naked sportsbikes, MV Agusta sets the standards in the world of high-performance superbikes. The Italian company has won multiple titles in 500cc and 350cc road racing world championships, and has also won many races at the Isle of Man TT, the world’s toughest road racing circuit. MV Agusta has a strategic tie up with Mercedes–AMG GmbH for co-marketing of their products. The two brands, which are icons of speed, sportiness and high performance, both on two and four wheels, will work together closely for marketing and branding of their products. Mercedes–AMG has a 25 per cent stake in MV Agusta.

Motoroyale is a part of the Kinetic Group of companies, a pioneering automotive group in India. Kinetic has been in the automotive business since 1972 and is widely known for its innovative products. Kinetic has always been known for introducing advanced technologies in India, and has extensive experience in retail as well in as after-sales service for two-wheelers. Motoroyale has successfully set up its exclusive showrooms in Pune, Ahmedabad and Bangalore.

Unveils its first range of superbikes: the F4,F3 and Brutale 1090 Opens its first dealership in Pune. Bikes available through exclusive ‘Motoroyale’ showrooms Pune, May 11th, 2016.MV Agusta, the legendary Italian company known for the […]