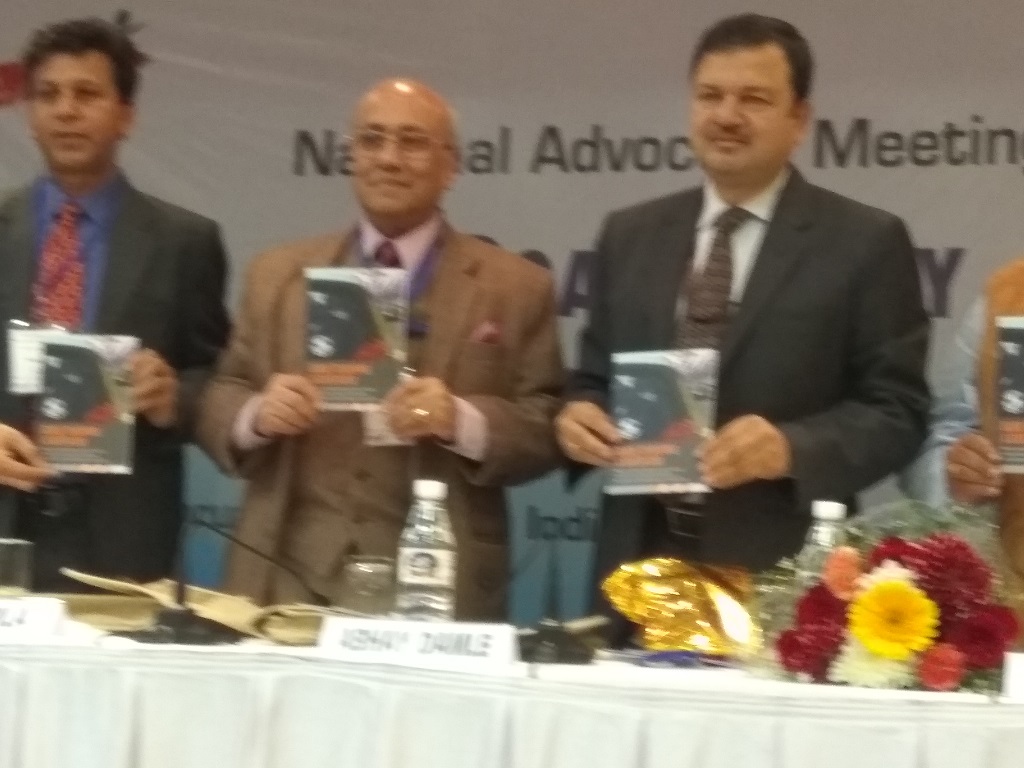 At Present All Types Helmets Including Mining, Industrial And Construction Helmets Are Being Used By Two Wheeler Riders In The Country- Abhay Damle. Joint Secretary, Morth

New Delhi February 2, 2017 With Two wheelers Accounting for largest share of vehicles  on Indian roads and also accounting for highest share of total road accident deaths The Ministry of Road Transport and Highways (MoRTH) is in talks  with the Bureau of Indian Standards (BIS) to providing distinctive mark for automobile helmets to be sold in the market.

“In 2014, about 34 % of all road deaths were of riders/passengers on two-wheelers, while bicyclists accounted for 3% and pedestrians for 9%. At present most of the Two wheeler riders and pillion riders are using poor quality helmets including construction and industrial helmets. A distinct marked helmet for automobiles (Two wheelers) only will help reducing risk of accident deaths for Two wheeler drivers in a big way” said Mr Abhay Damle,Joint Secretary, Ministry of Road Transport and Highways (MoRTH) while inaugurating a day long  seminar on Motor Vehicle Act and Road safety organised by an NGO CUTS International here today.

“ Due to humid weather and faulty designs of helmets ,the Government is trying to adopt designs and models of helmets  that are comfortable for two-wheeler riders. All these years bikers and pillion riders have been largely blamed for not wearing helmet, which is one of the main reasons of high number of fatalities involving two-wheeler occupants.”” Said Mr Damle .

“The compliance of wearing seat belt is more in comparison to helmets. Why are people reluctant to wear helmet? We need to design ones that are light to wear and easy to carry,” said the  joint secretary .

“Apart from the helmet Government has also made provisions in the New Amended Motor Vehicle Act  (MVA) to increase validity of renewing of driving license for persons above 50 years for 10 years from present 5 (Five)  years and for commercial drivers to 5 (Five) years from present 3 (Three) years .Similarly for fitness certificate so less people visit the transport offices” added Mr Damle.

“The much awaited Amended Motor Vehicle Act (MVA), which has provisions of higher penalties and road safety features has been delayed and is matter of concern for country like India accounting for highest number of road accident deaths in the World. The best solution for country like India is to separate MV Act and regulations as bringing in law takes decades in India. The strict regulations can  help in bringing down road accidents count in India “ said MR K K Kapila, Speaking at the Seminar.

“ The new high end including BMW, Audi, Porsche and other brands  cars mostly being  driven by young educated but inexperienced drivers is becoming  major cause for road accidents in Delhi and NCR .Most of the young drivers driving these big toys have no concern for other road users, specially Two wheeler drivers and pedestrians. These drivers even do not stop when Traffic police signals them to do so.  “ said Mr S.B.S.Tyagi, Additional Commissioner, Traffic, Delhi police while speaking at the seminar.

“Delhi Traffic police has been asked to deal with them politely but firmly and challan them without any fear or interference from any quarter. At present about 25,000 vehicles are challaned daily in Delhi for various violations but it is surprising not a single Driving Licence has been cancelled by Delhi Transport Department as yet in last so many years” said MR Tyagi

World’s first patented Air ventilation technology helmets in India Imagine a helmet with air flow to keep your head cool while you are riding in scorching heat and humid. Yes it’s possible, as, country’s largest […]

Steelbird Hi-Tech India limited is one of the oldest and quality product manufacturers of helmets in India having technical collaboration with BIEFFE- World’s number one in Helmets. Steelbird today is reckoned as one of the […]

BE SAFE AND SMART WITH STEELBIRD “SBA-2” HELMETS