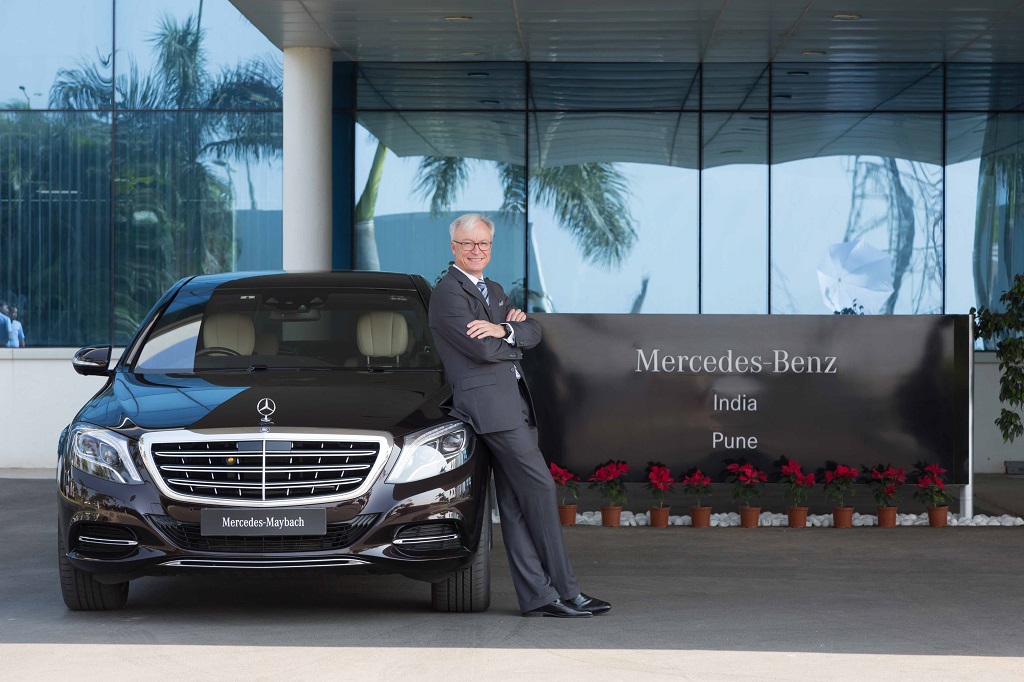 Mercedes-Benz India scripts its best ever June, Q2 and half yearly sales; clocks a robust 18% growth in the April-June 2017

Record 7171 units sold in the January-June 2017 period, a 8.7% year-onyear growth (Jan -June 2016: 6597 units)
• Mercedes-Benz records its best ever Q2, selling 3521 units in the April-June 2017 period (+18%, April-June 2016 period 2975 units)
• Best ever June sales with 40% growth achieved over June 2016
• Mercedes-Benz sold more cars in the first six months of 2017, than it did in the entire 2012 (Jan-Dec 2012, 7138 units)
• The E-Class sedan continues to be the single highest selling model for Mercedes- Benz in the first half of 2017, followed closely by the C-Class
• High demand for the all-new Long Wheelbase E-Class continues to surpass the supply even after four months of its India debut
• GLC emerges as the highest selling SUV in the portfolio, closely followed by the GLE
• The SUV portfolio of Mercedes-Benz grew the highest by 31% in April-June 2017 period, underlining the continued penchant for SUVs by the Indian consumers
• Seven fascinating products launched in the first six months of 2017; more exciting product interventions to follow in the second half

Pune: India’s largest luxury car brand Mercedes-Benz today, created yet another sales record by registering its best ever June, Q2 and half-yearly sales, buoyed by reviving positive customer sentiments and an attractive product portfolio. Continuing its growth momentum from Q1 2017, Mercedes-Benz India registered a strong 18% growth by selling 3521 units in the April- June 2017 period. This sales growth also marks the brand’s highest ever half-yearly (H1) volumes at 7171 units, up by 8.7% (January-June 2016: 6597 units). The strong sales performance in Q2 2017, firmly underscores the continuous customer preference for a Mercedes-Benz vehicle in the Indian market, which is also a result of a sustained and focused customer centric approach implemented by the brand.

Roland Folger, Managing Director & CEO, Mercedes-Benz India commented, “We continue our leadership position in the Indian luxury car market. Having set the sales momentum in Q1 2017, we are glad to better ourselves with an impressive Q2 sales performance, which grew by a robust 18%. This sales performance further strengthens our customer centric strategy, which is bearing fruit. We are confident of our leadership in the market by sustaining this growth story in the remaining quarters as well. The demand for the Long Wheelbase E-Class in particular has contributed immensely to our volumes. It is most satisfying to witness that our product introductions were highly appreciated by customers leading to a steady growth across the NGCs, sedans, SUVs and the performance cars.”

This strong sales growth is aided by the most comprehensive and youngest product portfolio comprising the New Generation Cars, the sedans, the SUVs and the AMG performance cars.

The ‘World Luxury Car of the Year’, the E-Class sedan continued its sales success and remained the highest single selling model for the brand in January-June 2017 period. The launch of the Long Wheelbase E 220 d also enabled Mercedes-Benz to cater to the increasing demand of this segment benchmark luxury business sedan. Similarly, the C-Class and the SClass continue to remain on top of customer preference.

The luxury SUV segment comprising the GLA, GLC, GLE and the GLS grew strongly and recorded a robust 31% growth in the January-June 2017 period. The GLC remained the highest selling SUV in Mercedes-Benz’s portfolio in H1 2017, closely followed by the GLE, GLA and the GLS.

The successful run of the New Generation Cars, in particular the CLA and the GLA continues across markets and added new young customers to the brand’s increasing customer base. The launch of the new GLA is expected to drive the demand of this SUV even further in the remaining quarters of the year. The dream cars and the high performance AMG models also sustained their growth momentum in the performance segment and achieved steady year on year growth.

Mr. Folger elaborated, “Mercedes-Benz India is on the right track with its long term objective of achieving a sustained and profitable growth for our business in India. Our continued sales success, firmly underscores the acceptance of our go to customer approach, which provides us with a competitive edge and a proven brand premium, in the Indian luxury car industry.

Mercedes-Benz remains distinct in terms of offering continuous product innovations, having the largest luxury car production facility, extending a continuously innovative and enriching after-sales experience and also strengthening our extensive network footprint. With some of the most awaited products in the pipeline for the remaining two quarters, coupled with the market availability of the long wheelbase E 220 d and the new GLA, the remaining two quarters will be exciting for the customers and the brand.”

(All figures of Mercedes-Benz India are that of retail sales.)

The all new Long Wheel Base (LWB) Right Hand Drive E-Class which is ‘Made in India, for India’ is the first India specific product from Mercedes-Benz  The E-Class sedan is India’s highest selling luxury […]

Roland Folger, Managing Director & CEO, MB India: “Mercedes-Benz India was the first luxury car maker which has been passing to the consumers, the direct GST benefits since 26th May. We are looking forward to this […]