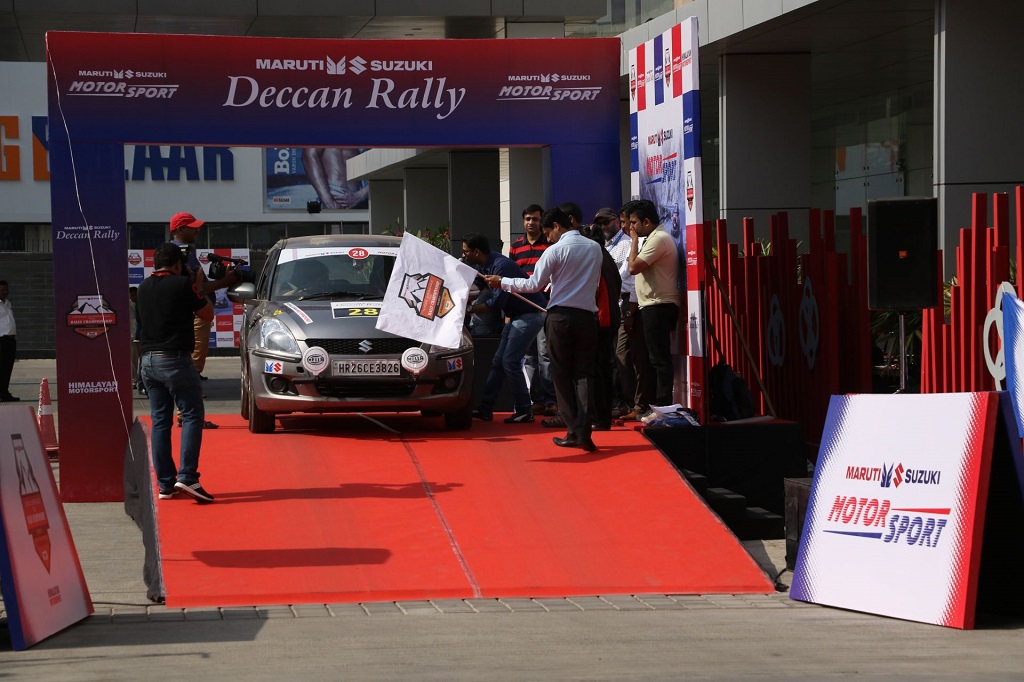 Post the mandatory scrutiny check and ceremonial flag off on Friday, 13th May, the participants will take off on Saturday, 14th May for the first leg from Pune to Guhagar, Ratnagiri. On the second day the rally in its second leg will cross through Ratnagiri towards Goa. The rally will cover a distance of over 700 kms in 2 days. The prize distribution ceremony to felicitate winners of the rally will take place on Monday, 16th May, in Goa. 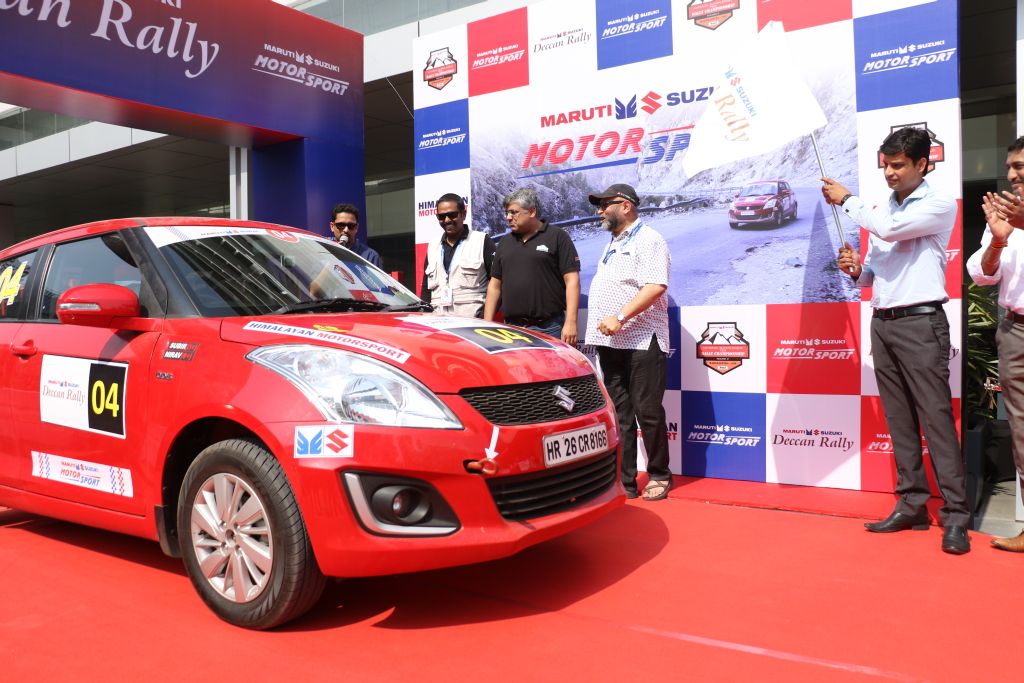 Mr R S Kalsi, Executive Director, Marketing & Sales, Maruti Suzuki India Lltd.said, “With MSNSTSDRC we want to take motorsports to masses, unlike the more popular rallying formats from the Maruti Suzuki stable like Maruti Suzuki Raid De Himalaya, Maruti Suzuki Desert Storm and Maruti Suzuki Dakshin Dare, this one pans through the north, south, east, west and central parts of the country, bring its own set of trials and experiments with it. This is a big piece of our motorsport efforts and encouragement of rally enthusiasts. We wish the men and their machines all the best, may the best participant win.”

The Deccan Rally will see 35 teams compete for the coveted title. The participants also include winners, Karthick Maruthi and Sankar Anand, of the first leg of MSNSTSDRC, the Uttarakhand Rally.Other key participants like Jagmeet Gill, Sachin Singh and SK Ajgar Ali are set to give a tough competition to the participants.The rally also witnesses a participation of 5 all women teams and a total of 11 women participants. 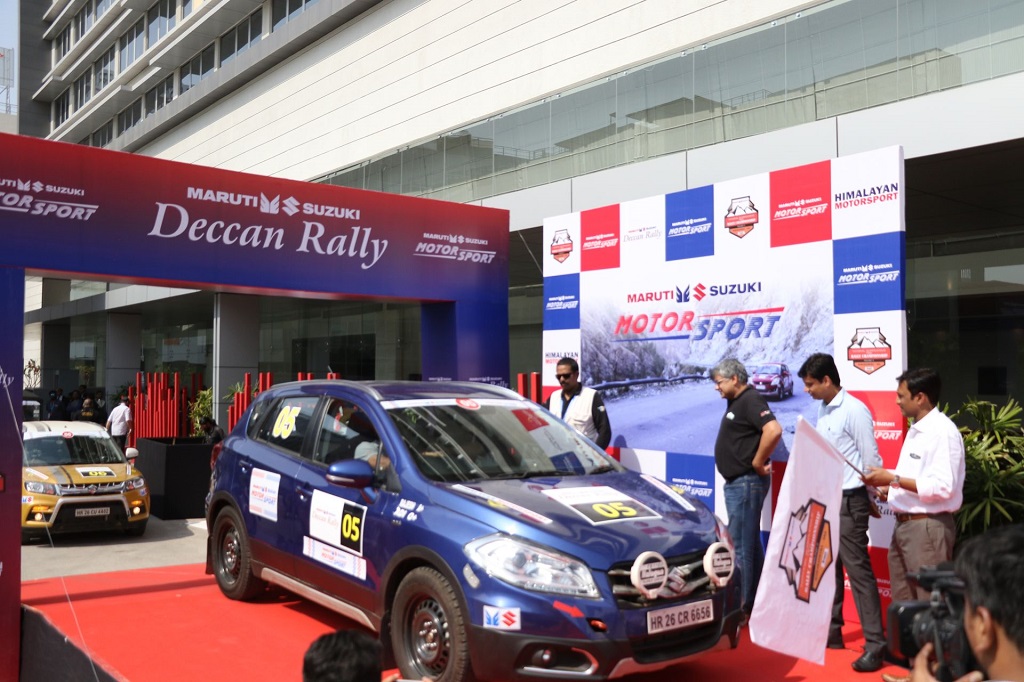 The event is open only for the 4 wheeler category, divided into Championship Contenders considered as expert level and Non-Championship contenders which are further split into four groups: Non-Championship – Expert, Non-Championship – Amateur, Denizen – Expert, and Denizen – Amateur. It will follow the Time-Speed-Distance (TSD) format, a highly safe format of rallying, which tests the skills of both the driver and navigator to the maximum, yetretaining the adventure of competitive motorsport. This is a moderate level of motorsport that permitsparticipants to tread cautiously in denser pockets, and adhere to specified speed limits at all times.

MSNSTSDRC is another initiative by Maruti Suzuki to promote motorsports in India. It is a combination of six different rallies namelyMaruti Suzuki Uttarakhand Rally, Deccan Rally Backwaters Rally, Mughal Rally, Gujarat Rally and Arunachal Rally. Participants can either be part of the all six rallies or they can participate in individual rallies.With shorter duration and TSD format NSTSDRC is targeted to young and working professionals who are keen for motorsports.

Maruti Suzuki & Motorsports: Maruti Suzuki has been actively promoting motorsports in the country for over 15 years now. To popularize action sport, the Maruti Suzuki motorsport calendar is packed with exciting motoring events. Be it for a motorsport enthusiast, an amateur or a professional, there are events that offer the thrill and joy of motorsport to one and all. The annual calendar of events includes Autocross, cross country rallies including Maruti Suzuki Raid-De-Himalaya, Maruti Suzuki Desert Storm and Maruti Suzuki Dakshin Dareand National TSD Championship. These events provide rallying thrills as well as promote safe driving habits.

Alto, India’s top selling model for over 10 years in a row, has crossed the 30 lakh sales milestone in the Indian market. It took about 15 years and 6 months for Alto to achieve […]

Amidst the landscape with majestic windmills, Suresh Rana and co-driver Parminder Thakur fierced through competitors maintaining their lead on Day 4 of Maruti Suzuki Dakshin Dare. Driving in their Grand Vitara, they covered the leg […]