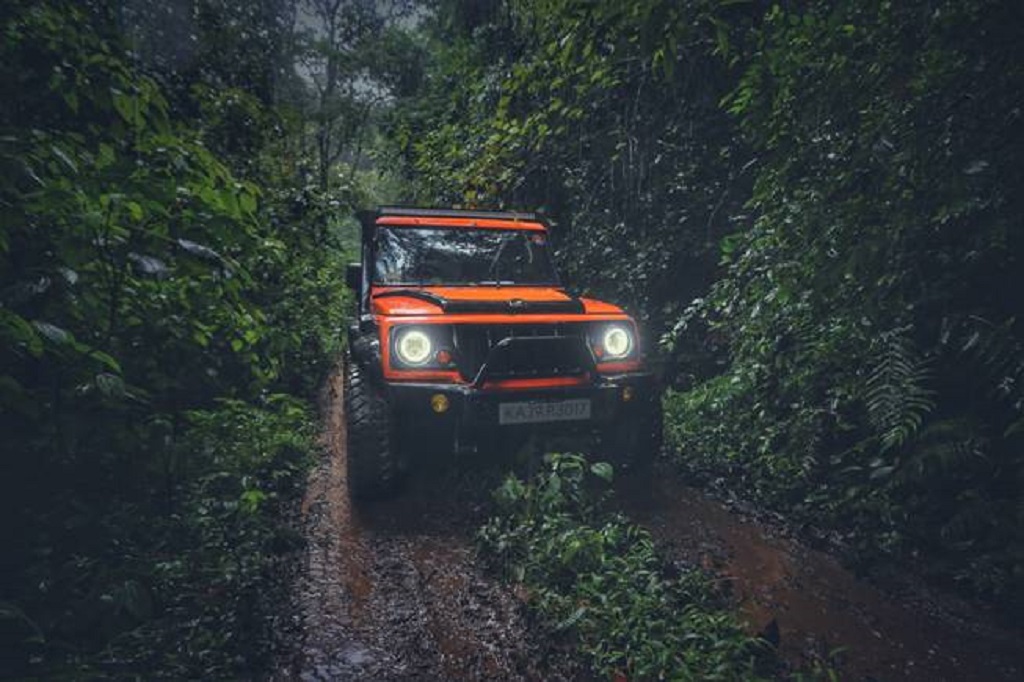 August 20, 2017, Sakleshpur: The 142nd edition of the Mahindra Great Escape – one of India’s most popular off-roading adventures, concluded successfully in Sakleshpur, with nearly 100 SUV’s  from Mahindra’s stable manoeuvring the challenging route. This Great Escape saw participation from Mahindra customers from Sakleshpur and other neighbouring area like Bengaluru.

Set amidst the tea plantations and thick foliage, Sakleshpur offered a challenging setting for a day of fun-filled off-roading. Incessant rains further made the off-road environment more stimulating making the route and obstacles slippery and challenging. Sakleshpur Great Escape provided the perfect playground for participants to test their 4×4 vehicle.

The event was flagged from Kadamane Estate in Saklespur and saw participation from the entire gamut of Mahindra vehicles including the Scorpio, Bolero and the extreme off-roader – the Mahindra Thar CRDe 4×4 – each representing the company’s tough and rugged DNA. These iconic Mahindra SUVs negotiated the arduous terrain and challenging obstacles and discovered what it is like to be in the lap of nature.

The drive gave customers a chance to explore the natural terrain of Sakleshpur and also witness the capabilities of Mahindra’s tough and rugged SUVs.

The Off-Road Trophy competitors got a chance to demonstrate their off-road driving skills through different stages of obstacles. The competitors tackled a set of three obstacles which was carefully crafted under the Mahindra Adventure team’s expertise. From steep inclines and descends to traversing over slippery boulders, each obstacle was challenging. The Off-Road Trophy participants competed fiercely in their regional rounds to be selected for the grand finale at Igatpuri, Maharastra, the winner of which will take home a new Thar.

The winners from Sakleshpur Great Escape, will join winners from the Lonavala, Ahmedabad and Goa Great Escape and other upcoming Great Escapes like Dehradun, Wayanad, Chandigarh, Bhopal and Shillong to compete against each other in the grand finale of the Off-Roading Trophy at Igatpuri.