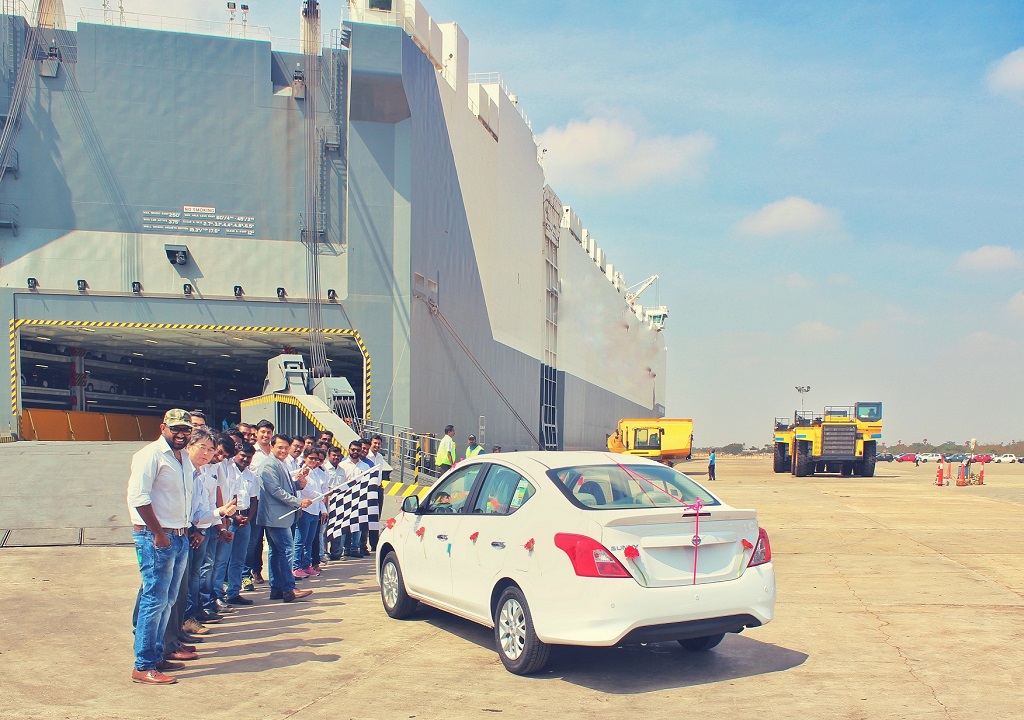 CHENNAI, India (February 28, 2017)–Nissan India has achieved the milestone of exporting a total of 700,000 “Made in India” Nissan and Datsun cars. This landmark has been accomplished in a record span of seven years since the company began exports from India. The cars, manufactured at the Renault-Nissan Automotive India Ltd. plant in Chennai, have been exported to 106 countries.

Commenting on the occasion, Guillaume Sicard, President, Nissan India Operations said, “The achievement of this export milestone for Nissan clearly indicates the recognition of Indian production quality and its appeal to customers on the global stage. We are happy to play our part in promoting “Made in India” cars across the world by exporting 700,000 cars to 106 countries in seven years.” 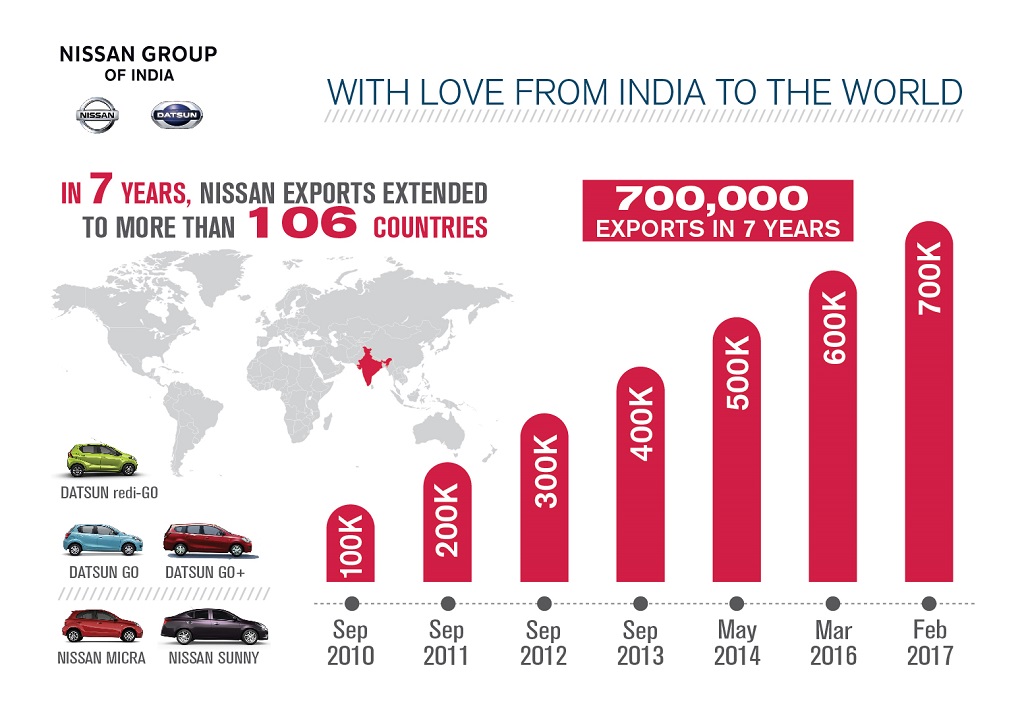 “Coupled with this exports achievement, in January we were the fastest growing domestic auto company in the country, and overall the second fastest growing OEM this fiscal year so far. The teams at our manufacturing facility and R&D operations in Chennai have worked tirelessly to help us achieve these milestones in our domestic and international markets. With our plans to launch eight new products for the Indian market by 2021 as announced earlier, the future is bright and exciting for Nissan in India”, added Sicard.

India is not only a key hub for completely built-up units (CBU) but also for parts supply. Nissan India exports over 2,500 types of manufactured parts to 25 Nissan and Renault plants in 18 countries, ranking in the top four in volume of parts shipped within Nissan global operations.

Nissan has been exporting vehicles from Kamarajar Port Ltd (formerly Ennore Port Ltd.) in Chennai since 2010 to various regions including Europe, the Middle East, Latin America, Australia, New Zealand, and other destinations in Asia and Africa. For Nissan, the Micra has been the most-exported model out of India; other export models in the product line-up include Nissan Sunny, Datsun GO, Datsun GO+ and the Datsun redi-GO.

There has been increasing demand for Datsun models from India in international markets. Datsun GO+ found a new market in South Africa with the beginning of exports from July 2016. Datsun redi-GO exports to Sri Lanka started in August 2016, marking the re-entry of the Datsun brand in the country after 60 years.

Nissan Motor India Private Ltd. (NMIPL) is a 100% subsidiary of Nissan Motor Co. Ltd. Japan. The company was incorporated in 2005 and offers innovative and exciting products across the hatchback, MUV, SUV and sedan segments in India. Nissan together with its global alliance partner Renault set up a manufacturing plant and a Research & Development Centre near Chennai. Nissan in India has a portfolio of two brands, Nissan and Datsun.

Nissan India gets closer to customers in Karnataka

Nissan India opened a new dealership, Swasti Nissan, in Belgaum today. The latest addition to the company’s network is the ninth Nissan dealership in the state of Karnataka, and Nissan’s first dealer in the city […]