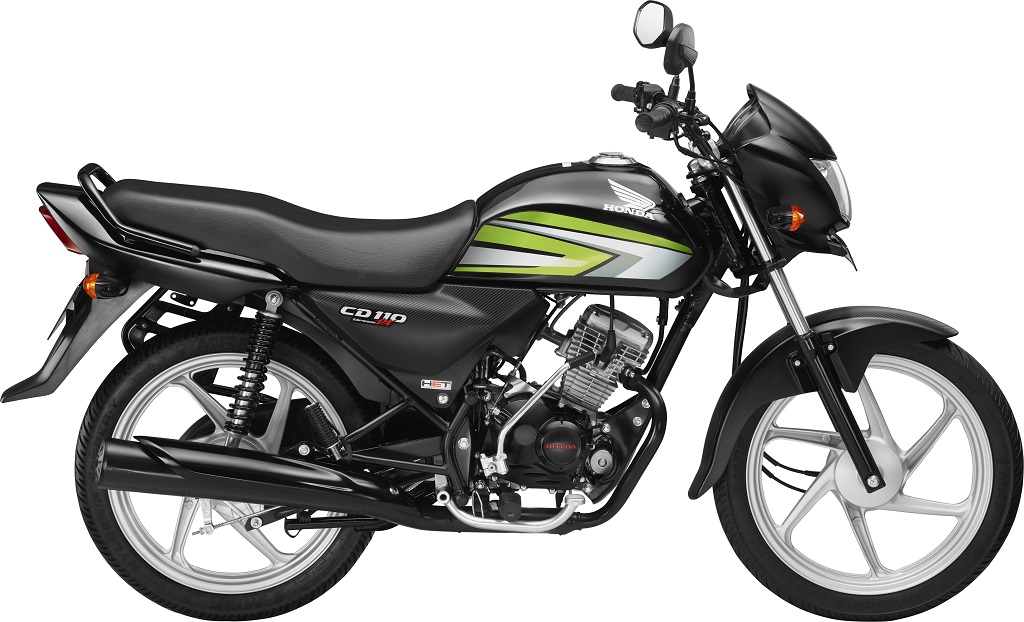 Honda Motorcycle and Scooter India (HMSI) has released the new television commercial (TVC) for the latest upgrade of their most affordable motorcycle in India – CD 110 Dream (DX).

Developed by Dentsu Marcom, a Dentsu Aegis Network Company, the TVC is running on air across all popular channels, and has received excellent response from the viewers.

Objective of the campaign

CD 110 Dream (DX) with its unmatched legacy of nomenclature ‘CD’, has made space into the lives of the utility seeking customers by adding convenience and comfort to their day-to-day life. Honda introduced a new variant with self-start and refreshing new colour options in CD 110 Dream (DX).

The objective of the TVC is to sustain the aspirational value and strengthen the product identity with its new self-start variant and contribute to further consolidating Honda’s share in the 110cc motorcycle segment.

Brief shared with the agency

The agency was asked to create a narrative that further builds upon the existing communication of Trust and Legacy, while at the same time, strengthen the product identify with its new features and color addition.

In this context, the communication approach aimed at bringing in the new self-start variant of CD 110 Dream(DX) for the consumer who has varied needs and motivations through the point view of the end user.The new CD 110 Dream (DX) is positioned as a catalyst to enable its users ‘go a notch higher in life’. The film conveys that the new CD 110 Dream (DX) is made for those who look forward to make an addition to their existing bag full of qualities.

The ad film opens with a tour guide sitting on his CD 110 (DX) with a smart phone in his hand, trying to learn Japanese while a group of Japanese tourists arrive and the other tour guides approach them. They try to communicate with them using gestures and signs but the tourists feel uncomfortable. The protagonist addresses them in Japanese which impresses them and hire him.

In the second sequence, a farmer with the beautiful lush green mustard field in the background is shown majestically riding on his CD 110 Dream (DX) with an evaluator from the ‘Krishi Udyog Kendra’as his pillion. They enter the farm where the evaluator tests the soil quality. It carries forward a progressive farmer’s approach to get his field’s soil quality checked and to get the maximum benefit of the crop yield.

In the third sequence, a grocer standing outside his grocery shop is leaning on his CD 110 Dream(DX). He looks up at the board of his shop which says ‘Ravi Kirana Store’ is being brought down in place of a new board – ‘Ravikirana.com’. He is catching up with the e-commerce trend and looking at his smart phone, smiles as he receives his first order on his mobile application.

Finally, the three CD 110 Dream(DX) owners i.e the tour guide, the farmer and the grocer, who were already doing good in their professions but have worked hard to add an extra quality to it, are seen riding their new bike in full glory. The film ends with a tagline “Khoobiyon mein ek aur khoobi”i.e adding another quality in the bag full of qualities.

“As the motorcycle segment finally showing +vesentiments of revival, the timings during monsoon for a new TVC launch could not have been better. Since its launch in 2014, CD 110 Dream (DX) has been a hugely popular motorcycle amongst the masses due to some of its salient features, like an elongated seat, tubeless tyres, viscous air filter and a maintenance free battery. With the self-start option, buyers now get a convenience feature and further enhances its appeal. Hence, campaign –‘Khoobiyon mein ek aur khoobi’ perfectly sums up the new CD 110 Dream(DX),” said,” Mr. Yadvinder Singh Guleria, Senior Vice President-Sales & Marketing, Honda Motorcycle & Scooter India Pvt. Ltd,

“CD is a part of Indian heritage in motorcycling. It’s loved across small towns and cities in India. To this already popular motorcycle, Honda introduced a great new feature – Self-start. Hence, the idea “Khoobiyonmeinekaurkhoobi” It is aimed at people who are out there making their ends meet by innovating in small ways in their respective fields. This communication connects with them in a simple way and shows how like them, their CD also has a new khoobi,” said Titus Upputuru, National Creative Director

“CD (DX) has a legacy of almost two decades and has been the first choice of hard-working Indians since its launch. It is as honest and reliable as its riders. As the country is progressing, people are adding new skills to their repertoire and Honda has also added the self-start feature to their much loved CD (DX) and hence the idea –‘Khoobiyon mein ek aur khoobi’. The TVC is an ode to these ‘self-starters’ of India.” said Abhinav Kaushik, Senior Vice President, Account Management

Below is the link to the CD 110 Dream (DX)Campaign:

Moto Honda da Amazonia Ltda. (HDA), a Honda motorcycle and power products production and sales subsidiary in Brazil, held a ceremony on November 10, 2016 to commemorate the 40th anniversary of the company’s production in […]

Round 3 of Honda One Make Race to be held at Madras Motor Race Track from September 2 to 4 Honda leads racing culture with total of 57 entries across India in Round 3! 24 […]