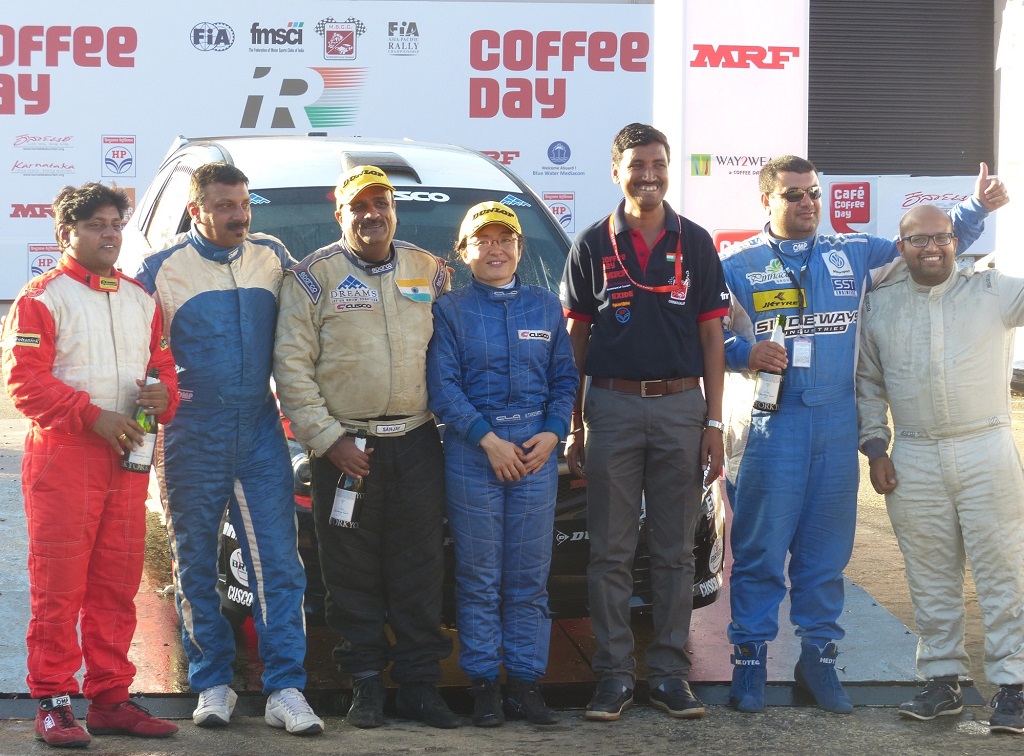 Karna Kadur and Nikhil Pai jumped to the lead of the MRF FMSCI Indian National Rally Championship (INRC) standings with victory in the prestigious Coffee Day India Rally at the end of three days of hard-fought action through the coffee plantations of Chikmagalur after favorites, Amittrajit Ghosh and Ashwin Naik failed to finish the event on account of mechanical failure while leading the event by 27.6 seconds with just one special stage to go.

Kadur danced his nimble Volkswagen Polo around the gravel-strewn twists winding their way through the lush coffee estates on the outskirts of the South Indian town with an overall time of 1:52:15.9.

Ghosh and Naik, who had a chance of sealing the championship in this round itself had they won, were leading all the way through the three-day event in their Mahindra XUV 500 even though it wasn’t as well suited to the narrow twists that are a hallmark of the event. The Team Mahindra Adventure pairing was looking good for an easy win until the bad luck struck. Dr Bikku Babu and Milen George finished second overall, 1:15.5 adrift, and was also the second placed finisher in the INRC 2000cc category which was won by Kadur as well. Coming in third overall as well as in the INRC 2000cc category was Rahul Kanthraj and Vivek Bhatt with a time of 1:55:27.6. 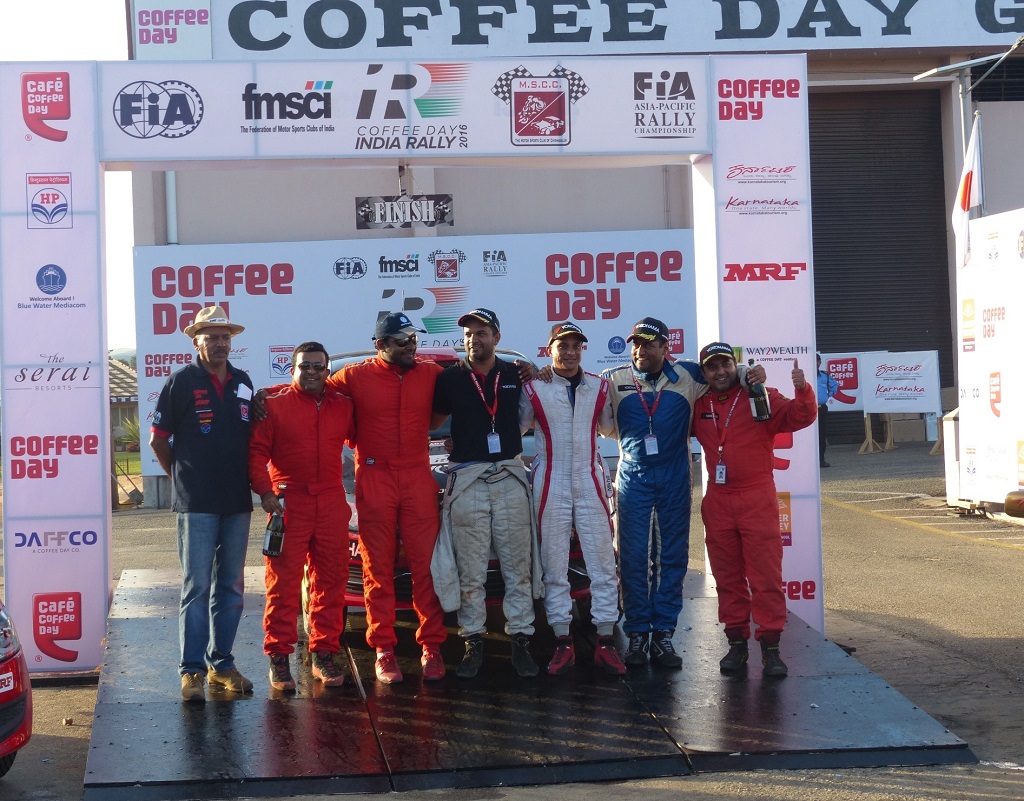 The Coffee Day India Rally win was Kadur’s first this season. The Bangalore based 28 year old becomes the fourth different winner this year in as many rallies with the opening three rallies been won by Amittrajit Ghosh, Gaurav Gill & Arjun Rao respectively. Kadur had also finished second in the previous round, the MRF Rally de North, heading into the championship’s two-and-a-half month long mid-season break.

He pockets 25 points for the win but was denied the maximum 39 available this weekend with victory in the two legs – worth seven points each – split between him and Ghosh.

However, the win does put him at the championship lead held by Ghosh till now, setting the stage for a two-way title showdown between him and Dr Babu, in the fifth and final round of the season to be held in Bengaluru later this month.

Kadur said: “This rally has its own challenges, we expected that and we are happy the way the results have turned out. We expect to win in our category at the end of the season as well. Though we are leading right now, we would like to take one stage at a time”

Mr. Arindam Ghosh, Director, RRPM, who are the promoters of the MRF FMSCI INRC and IRC, said: “I am thrilled to see such a competitive Indian rally season unfold with different winners in each of the events and very close rallying. I thank MRF Tyres, Mahindra Adventure, Pincon and Polaris for their continued support”

Sanjay Takale and Noriko Takeshita took overall honors in the MRF FMSCI Indian Rally Championship (IRC), run concurrently with the INRC, completing the event in a total time of 1:48:59.2, 12:13.1 ahead of Ritesh M Guttedar and Sheeraz Ahmed. Byram Godrej and Ninad Miraj Gaonkar were third with a time of 2:02:47.5.

It must be noted that the INRC and IRC are two separate championships and their results are not clubbed together or compared as they run distinctively different vehicles. The INRC is for two-wheel drive Indian vehicles only while four-wheel drive foreign vehicles are allowed to compete in the IRC.

The Coffee Day India Rally is the Indian rallying season’s blue-riband event and the only rally on the calendar to run across three days.

It is also the longest rally on the calendar, with drivers completing a total of 102.14                 dust-churning competitive kilometers across two legs comprising special stages through Coffee Day Global Ltd’s estates as well as the season’s only super special stage on the premises of the Amber Valley Residential School.

Unusually for an event with a history of unpredictability thanks to the fickle weather, conditions stayed dry across the three days.

The prize money and trophies for the podium finishers were handed out by Mr Farooq Ahmed, Vice President of the Motor Sports Club of Chikmagalur in the presence of Mr. Arindam Ghosh.

The prizes for the different categories are as follows:

Ramakrishna Race Performance Management Pvt. Ltd. (RRPM) is a company formed with the sole intention of promoting “Professional Motorsports” in India and provides all kinds of technical assistance and information required to be at par with the National Level.

RRPM was started in 2003 by Mr. Arindam Ghosh, an icon in his own rights with rallying and organizational experience of over 40 years.  RRPM is proud to be a part of the Federation of Motor Sports Clubs of India, which is the apex body of India.

3rd Mahindra Great Escape of Season 7, held under Mahindra Adventure umbrella brand Promotes the spirit of off-roading and demonstrates the tough and rugged DNA of Mahindra vehicles Winners of the Off-Roading Trophy will compete […]

All Volkswagen carlines in India are now available with ABS and Dual airbags as standard Cars with standard fitments for the Polo and Vento are available across all Volkswagen dealerships in India Volkswagen, Europe’s leading […]