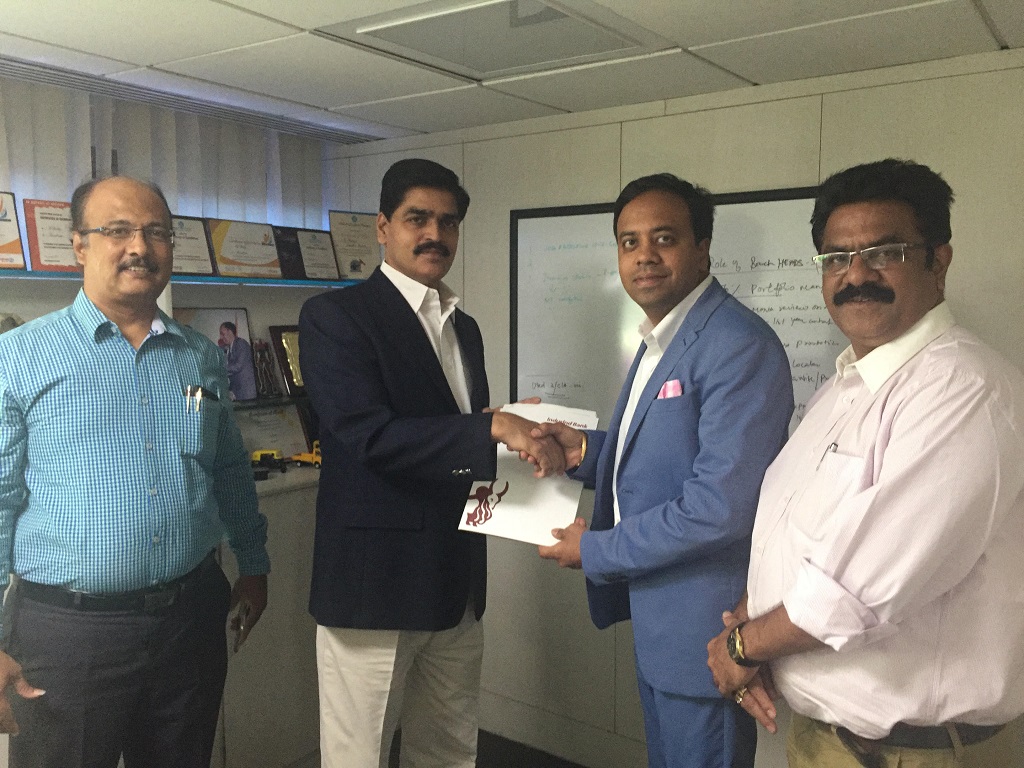 March 29, 2017, New Delhi: Lohia Auto Industries announced that IndusInd Bank would be its preferred financier for financing their electric three wheelers under the e-rickshaw category. This is in addition to the financing of diesel vehicles which the bank already provides. Through this partnership IndusInd Bank will offer retail vehicle finance at attractive rates of interest to the customers of Lohia Auto, for all Lohia 3-wheeler electronic and diesel models. This partnership will simplify the process for customers to take up three wheeler by providing loans which are hassle free and competitively priced.

Both Lohia Auto Industries and IndusInd Bank Ltd are established names in their respective segments and are known for their reliability, and large distributor network. The loan facility will be available in almost in every part of the country namely Bihar, Madhya Pradesh, Jharkhand Punjab,  Rajasthan, Maharashtra, Goa, Gujarat, Karnataka, Kerala & Uttar Pradesh.

Mr. Ayush Lohia, MD & CEO, Lohia Auto Industries said, “A huge segment of customers will benefit by this alliance. This partnership will also help both Lohia Auto and IndusInd Bank in increasing the number of customers, thus enabling widening of the market for the products.”

Mr. S.V. Parthasarathy, Senior Executive Vice President & Head – Consumer Finance Division, IndusInd Bank Ltd. said, “This association is part of our strategy to continue to be a leading player in the field of three wheeler financing. We will offer retail finance at an attractive rate of interest to customers through our large branch network. As IndusInd Bank is committed to minimizing the environmental impact of its operations on the planet- financing electric three vehicles, is definitely a positive step in doing our bit towards saving the environment.”

IndusInd Bank, which commenced operations in 1994, caters to the needs of both consumer and corporate customers. Its technology platform supports multi-channel delivery capabilities. As on December 31, 2016, IndusInd Bank has 1,075 branches, and 1,960 ATMs spread across 647 geographical locations of the country. The Bank also has representative offices in London, Dubai and Abu Dhabi. The Bank believes in driving its business through technology. It enjoys clearing bank status for both major stock exchanges – BSE and NSE – and major commodity exchanges in the country, including MCX, NCDEX, and NMCE. IndusInd Bank on April 1, 2013 was included in the NIFTY 50 benchmark index. Recently, IndusInd Bank ranked 13th amongst the Top 50 Most Valuable Indian Brands 2015 as per the BrandZ Top 50 rankings powered by WPP and Millward Brown.

Toyota Kirloskar Motor Pvt. Ltd (TKM) has signed an Memorandum of Understanding (MOU) with IndusInd Bank to extend car finance to their prospective customers.  Consequent to the tie-up, IBL will be one of the preferred […]