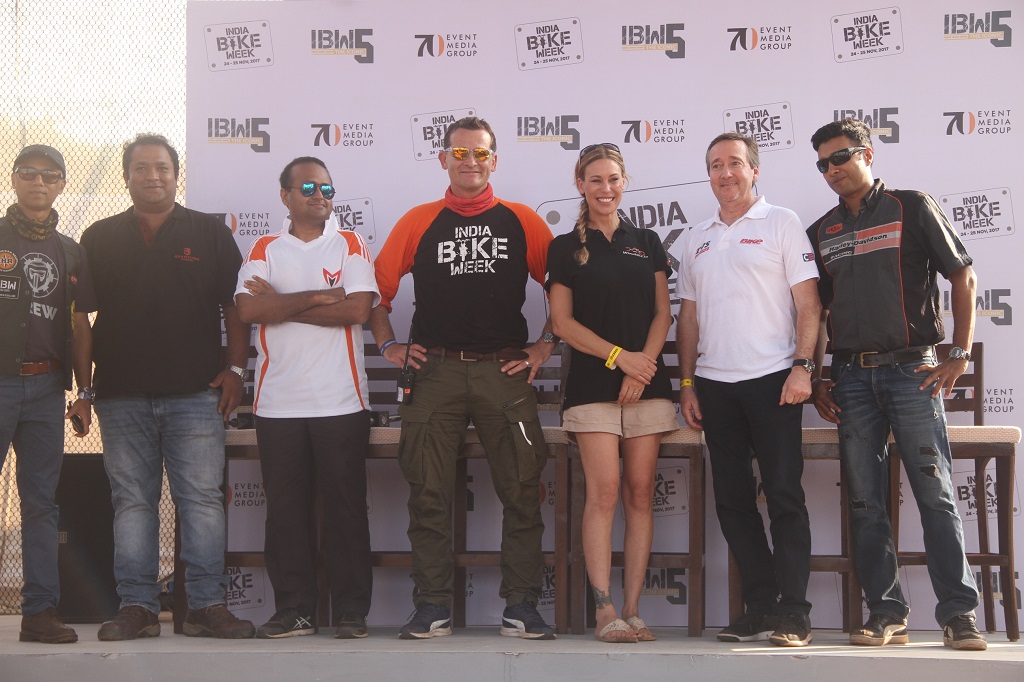 Goa, 24th November 2017: Bikers from across the country rode into Vagator on Nov 24 & 25 as the landmark 5th edition of the much-awaited India Bike Week kicks off to celebrate their passion for moto-culture. IBW2017 began on a high note as Martin Da Costa, hosted Freddie Spencer, one of the greatest and youngest world champions of the 80’s, and Leslie Porterfield, the fastest Woman on a Motorcycle – the icons of motorcycle riding. A treat for biking enthusiasts, the tete-a-tete was peppered with quirky experiences and anecdotes from their inspiring journeys. 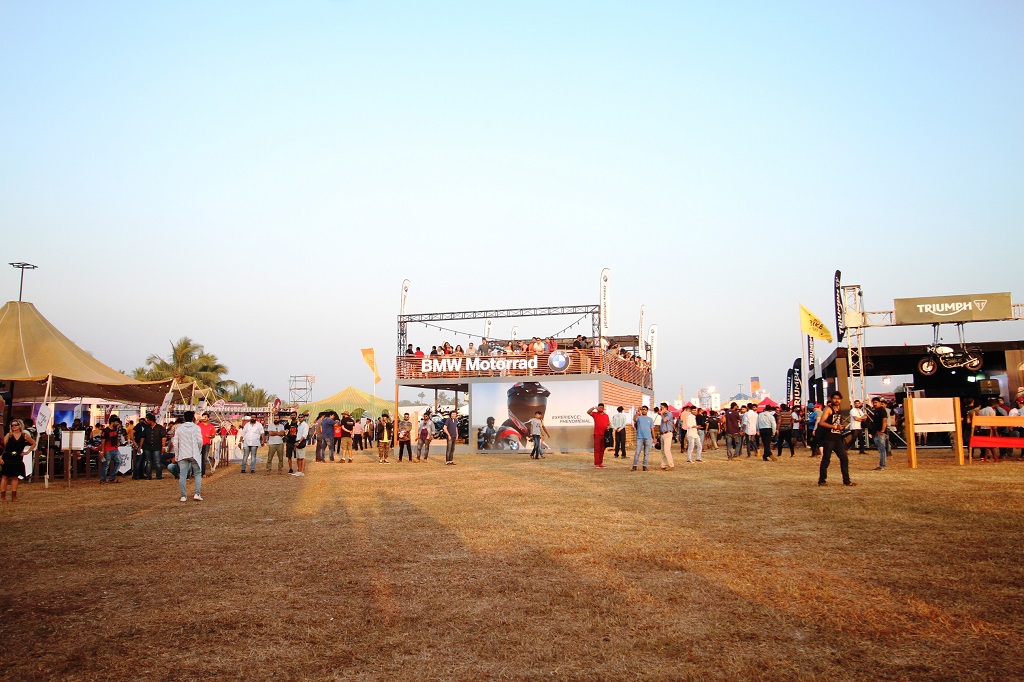 Brand launches, always a highlight of Day 1, included Triumph Motorcycles unveiling the Street Triple RS and the new motorbike. BMW Motorrad launched its latest New K 1600 B Bagger and the brand-new 2017 BMW RnineT Racer. Avantura Choppers announced its launch as the first and only production Chopper motorcycle brand from India, and MaximusPro unveiled the product for the first time ever at IBW. Indian Motorcycles had a special preview of the Indian Scout Bobber for the IBW audience and CEAT launched a new range of tyres for 200-400cc sports bikes. As yet another first, Harley-Davidson brought in expert flat track riders to demonstrate flat track riding skills on a purpose-built Flat Track Harley-Davidson Street 750 by Rajputana Customs.

This year, IBW showcased the Moto Art Project where artworks by biker illustrators, sculptors and painters from across the country who have brought alive the magic of the brotherhood of biking in their own language. The Project this year featured exhibitions of murals, street art, photos, upcycled moto parts by Sawant Sanskar from Bacon & Eggs, Prankur Rana, Appupen, Garage 52, Rohan Joglekar, HAMMERed, Ironic and Maria Jurkina. 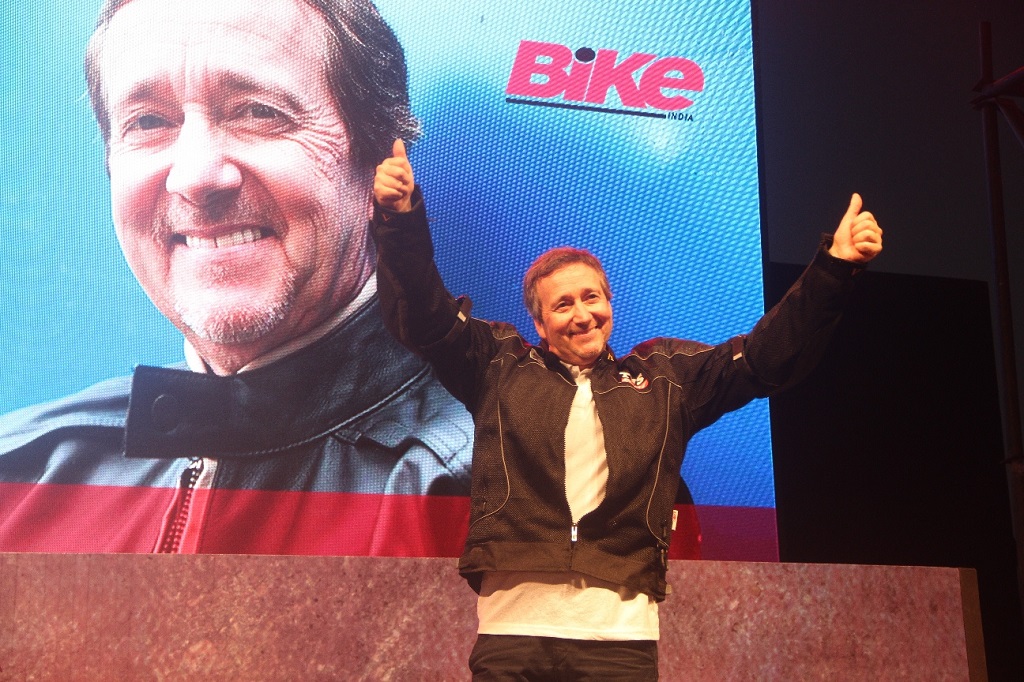 The bikers’ community also came together to applaud the film makers who had been able to capture the zeal that held the community together through the IBW Film Festival. The winners of the Festival Gaurav Prabhu, Rohit Upadhaya and Venkatesh Jartarkar were awarded by noted actors Rohit Roy and Ram Kapoor.

Day 1 thundered to a start with parades by BMW Motorrad and Triumph Motorcycles. The Bike Build-Off and Mod Bike Showcase, Tiger Training Academy and Mega Moto Vlogger Meet were among a slew of other activities. Prizes like Victorinox knives, Bell Helmets, Rev’It jackets and Wrangler vouchers were awarded to winners of the Beard & Tattoo contest, Loudest Bike, Burnout Competition at the CEAT Burnout Stage, Most Stylish Biker and King & Queen of Clubs. Adding to the glam quotient of the evening were performances by Coyote Ugly dancers and the Beach Fashionwear.

All-day activities will include the largest Bikers Mart, Karaoke and games at the Servo Club Village, the Beerbulance, the Servo Wheelie machine and the Food Park with Food Trucks and the BBQ Bike and. The Servo Club Village and the Howling Dog Bar were abuzz as the brethren came together to raise a toast to the good times over much holler! 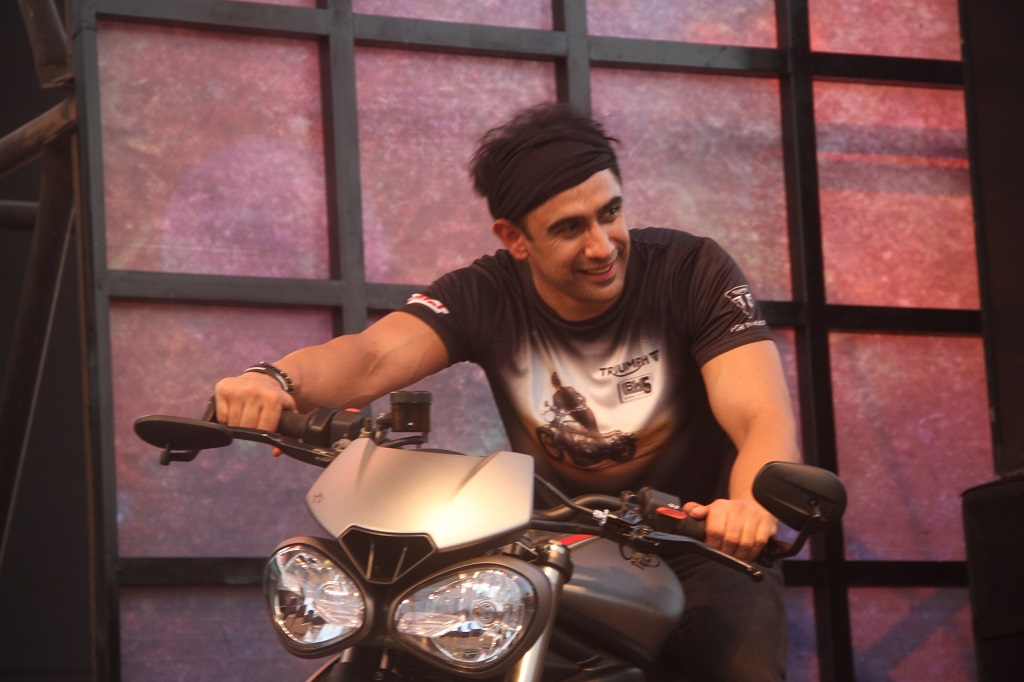 Seventy Event Media Group (70 EMG) is an award winning integrated Event Management Company known for delivering outstanding events in India and across the world. Established over two decades ago, 70EMG has been the driving force behind some of the greatest corporate, institutional and private events across India, Asia and Europe. 70 EMG is responsible for some of India’s biggest events such as India International Jewellery Show and Cartier Travel with Style to name a few. 70 EMG is also one of the pioneers in the festival planning and executing space in India with properties such as Zambhala, The Skoda Prize, MAMI film festival and Kala Ghoda Art Festival.

“Budget 2016 has generated positive sentiment among the masses of India. We have seen significant changes in the personal finance structure, a more robust medical program, greater thrust on agriculture and rural development, public investment […]

21st August 2017, New Delhi:  In the true spirit of Independence Day, Triumph Motorcycles India and Smile Foundation came together to support the cause of Girl Child Education. Continuing with the Triumph tradition of getting riders […]