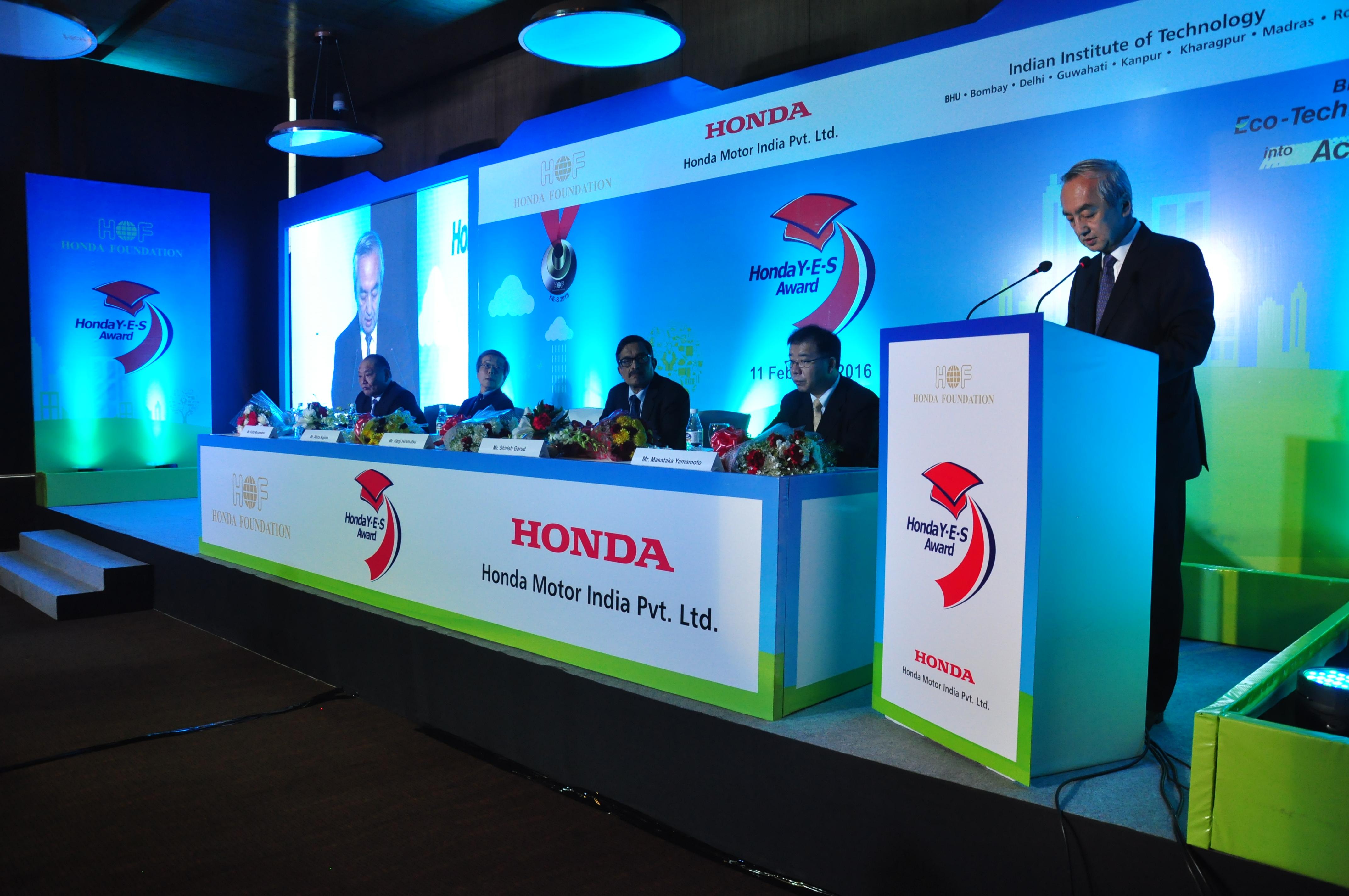 Honda Motor India Pvt. Limited (HMI) today announced the 9th Young Engineers and Scientists’ (Y-E-S) awards for 2015 in India. The Young Engineers and Scientists’ Award were presented to fourteen students from India’s premier institutes for science & technology – Indian Institute of Technology. The Y-E-S awards were instituted by Honda Foundation in India in 2008 to encourage and support young Indian engineers and scientists.

The Chief Guest His Excellency Mr. Kenji Hiramatsu, Ambassador Extraordinary and Plenipotentiary, Embassy of Japan, presented the awards to the students in recognition of their outstanding all round performance in academics. Also present at the occasion were Mr. Akira Kojima, Director, Honda Foundation and Mr. Keita Muramatsu, Director, Honda Motor India Pvt Ltd.

The Y-E-S Award initiative of Honda Foundation in India has been facilitated by Honda Motor India Pvt. Ltd., to foster young students who have excelled in the area of science and technology and continue to aspire for higher academic achievement in the area of Eco-Technology. The Y-E-S Award program is designed to provide financial assistance to young Indian engineers and researchers. This platform also provides an opportunity to acquire higher professional education in Japan and further help in strengthening Japanese relations with India.

A scholarship of cash equivalent of US $3000 each, was presented to fourteen students selected from eight IITs – Delhi, Bombay, Roorkee, Madras, Kharagpur, Kanpur, Guwahati and BHU on the basis of their Cumulative Grade Point Average (CGPA), technical papers, essays and finally in the one-on-one interviews with Mr. Shirish Garud, Director, The Energy and Resources Institute, who was the chief assessor of the selection committee.

Talking about Y-E-S Awards, Mr. Keita Muramatsu, Director, Honda Motor India Pvt Ltd said, “It has been our endeavor to promote and encourage young students to involve in higher research in the field of technology. We want to provide them the opportunity with Y-E-S awards so that they can fullfill their dreams. He added, “All the editions of Y-E-S awards have received tremendous response and enthusiasm from the IIT students who put in their best efforts to showcase their work. So far we have awarded 112 such students in 9 years”.

Honda Motor Co., Ltd. has appointed Mr Yoichiro Ueno as the new President & CEO of Honda Cars India Ltd with effect from April 1, 2016 consequent to the management changes announced by the Honda […]