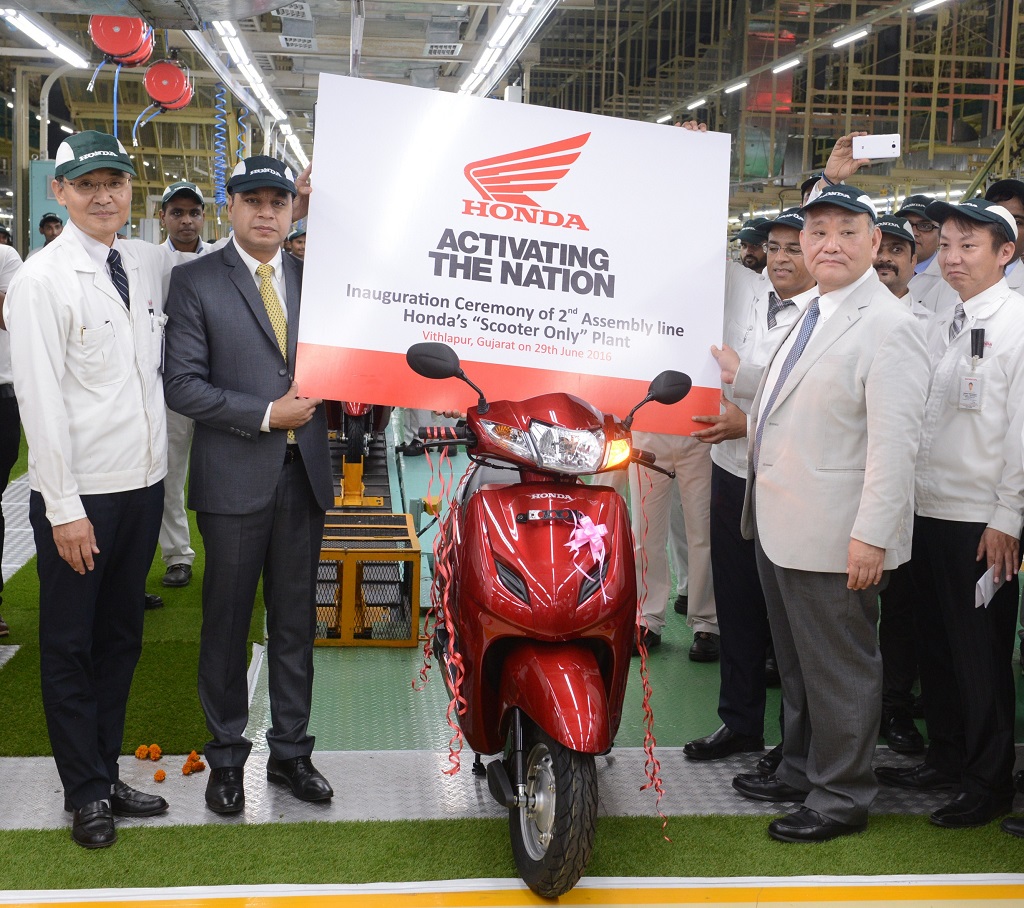 Elaborating on this milestone, Mr. Keita Muramatsu, President & CEO – Honda Motorcycle & Scooter India Pvt. Ltd. said, “India is not only the World’s No. 1 two-wheeler market but is also going to be the No. 1 contributor to Honda global 2Wheeler sales for the first time in this fiscal year 2016-17. Scooterization, a trend seen earlier in developed markets of the world, is firmly driving the Indian 2Wheeler momentum today. The scooter segment is growing at 30% compared to 15% growth of two-wheeler industry*.

Only 2Wheeler company in India to distributer operational production capabilities across 3 geographical regions in India (Manesar and Tapukara – North, Narsapura – South and Vithalapur – West), which in turn fuels Honda’s reach closer to its customers and helps it serve them faster.

With its fourth plant, Honda 2Wheelers is giving a big boost to economic development in Gujarat. Honda and its 23 vendors have together invested close to INR 2,200 crore and generated nearly 9,000 new employment opportunities in the State! Of this, Honda’s fourth plant is directly employing close to 3,000 Associates and has entailed a total investment of INR 1,100 crore.

After accelerating economic development with its fourth plant, Honda has ushered in the next wave of social development in the Ahmedabad district. Honda is empowering local population to emerge as main beneficiaries of this growth story and its CSR contribution has reached close to INR 70 million. Honda’s CSR approach in Gujarat focuses on holistic economic progress, social enrichment, better healthcare facilities and infrastructure development with environment conservation.

Uber ties up with Coverfox.com to facilitate car insurance solutions for its driver partners across eleven cities

First unveiled at the Auto Expo 2016, Honda Motorcycle and Scooter India Pvt. Ltd (HMSI) has started the dispatches for new CD 110 Dream Deluxe (DX), the latest upgrade of Honda’s most affordable motorcycle in […]