Equipped with sirens, traffic lights and PA systems, the Hero Duet scooters will make it convenient for the women police personnel in their patrolling activities, which will go a long way towards meeting the key objectives of ‘Project Sakhi’ – a Hero MotoCorp programme aimed at enabling the safety and security of women across the state. 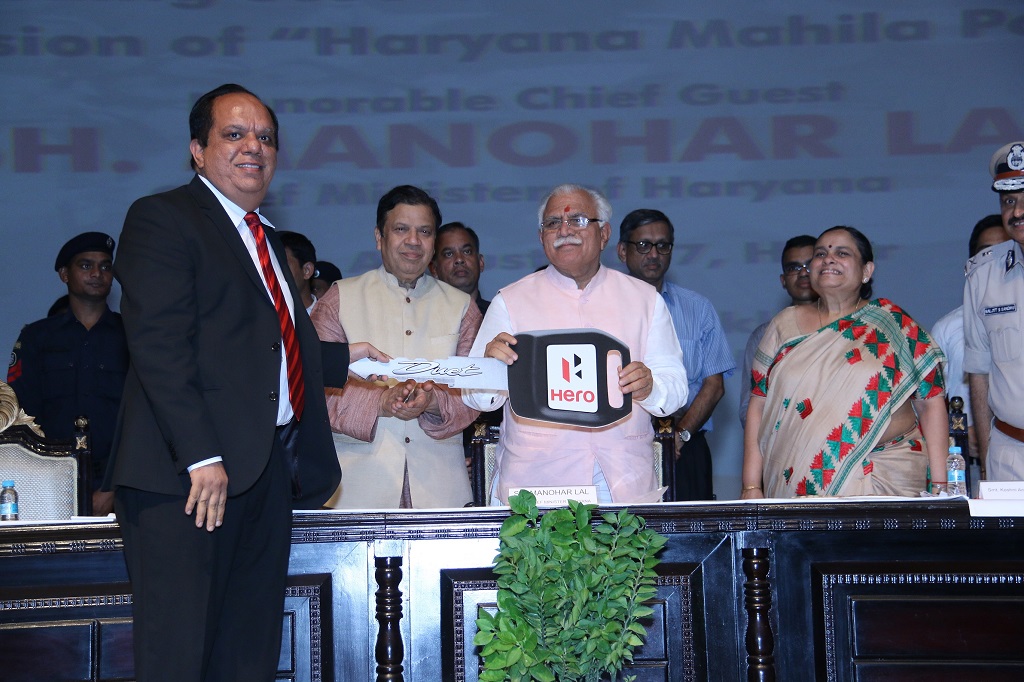 Speaking on the occasion, Mr. Vijay Sethi, CIO & Head – CSR, Hero MotoCorp said, “As the market leader and a responsible corporate citizen, Hero MotoCorp is committed to promoting Road Safety and Women Empowerment. We are constantly engaged in increasing awareness on these key topics through a series of programmes at the national and regional levels. In Haryana, we have a long-term association with the state police department to bring about effective change in the society, and I am confident that today’s initiative will further strengthen this partnership.”

Hero MotoCorp has handed over 200 two-wheelers to Haryana Police since last year, under various initiatives such as ‘Project Sakhi’ in Gurugram and Rewari and two-wheeler training schools in Sonepat and Karnal. To further strengthen the riding capabilities of the police force, two-wheeler riding simulators have also been introduced at various Haryana Police Academies.

Hero MotoCorp also runs a Student Police Cadets (SPC) program in association with the Haryana Police, which has been a resounding success since its inception. Students from 50 schools in Gurugram are enrolled in multiple planned activities to inculcate sensibilities such as respect for law and community skills in their personalities. This programme instils social values in the students, while providing them with physical fitness training.

Hero MotoCorp has also adopted Traffic Parks at Gurugram, Delhi, Rourkela, Lucknow, Hyderabad and Nagpur, which are equipped with Riding Simulators and other state-of-the-art facilities, where Road Safety awareness programs are conducted regularly for school and college students and other institutions in partnership with the local Traffic Police.

Hero Challenge under the lights at the British Masters The Stars of the European Tour will go head-to-head under floodlights in an innovative, fast-paced one-hole knockout contest – the Hero Challenge – which takes place […]

“We have already crossed 1 million unit sales during this festive period, even before Dhanteras day. With almost a week remaining in the festive season, including the Dhanteras and Diwali days, we are confident of […]