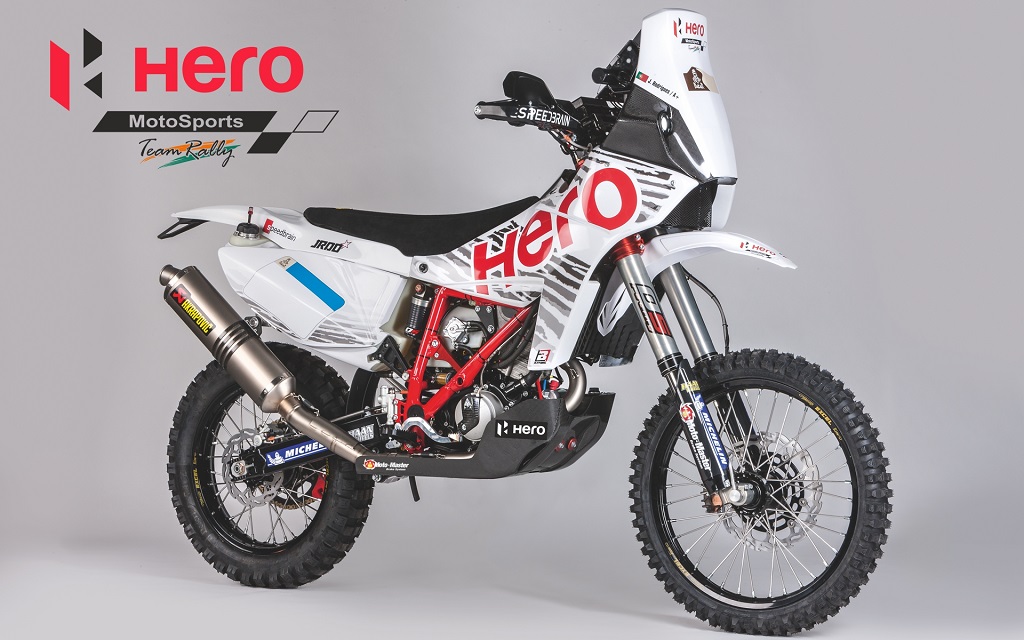 The team will be riding on the upgraded version of the successful Speedbrain 450 rally bike. The Merzouga Rally will be held from May 21 to 27 2016. The Hero MotoSports Team Rally will also participate in international rallies across the globe, leading up to the Dakar rally 2017. 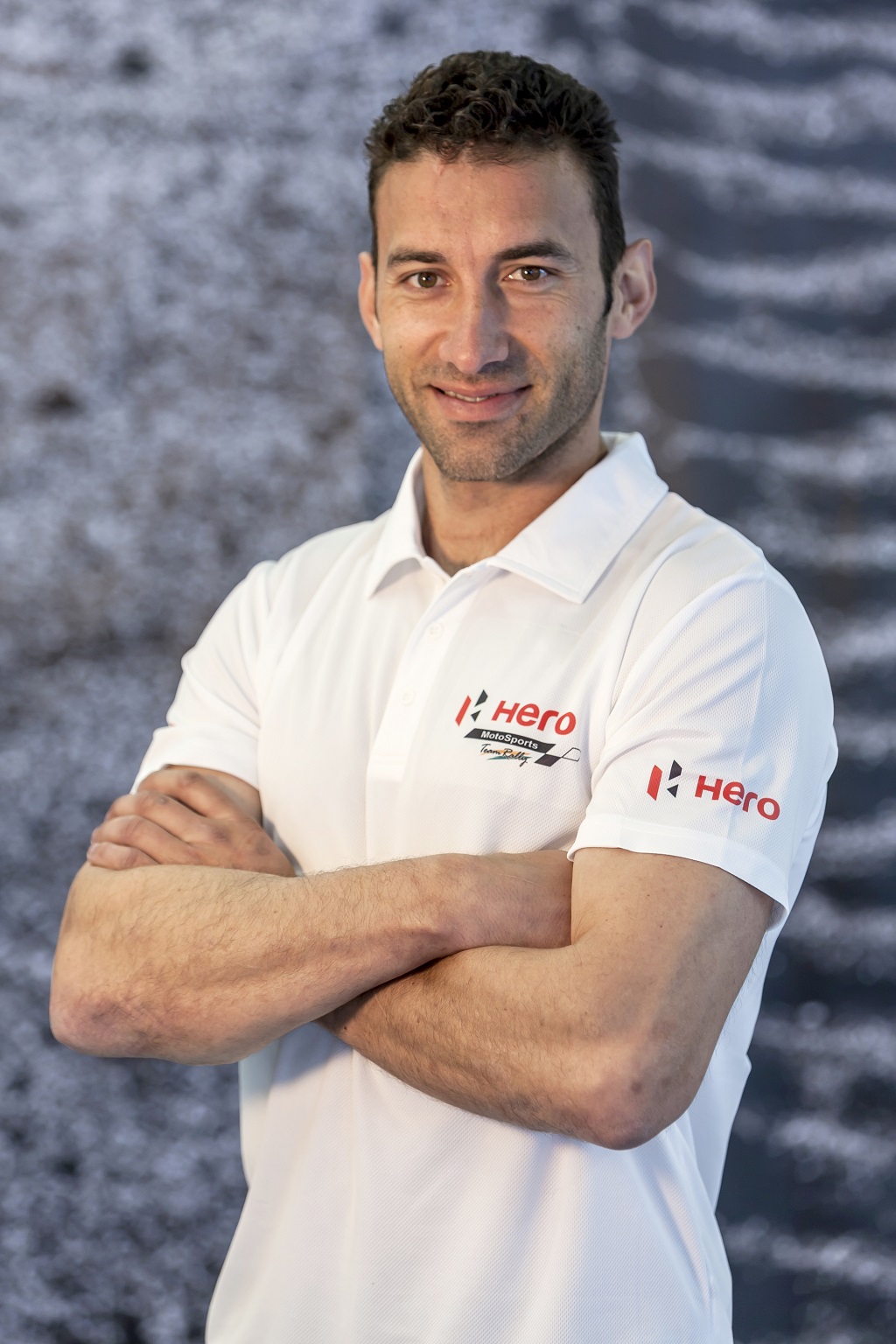 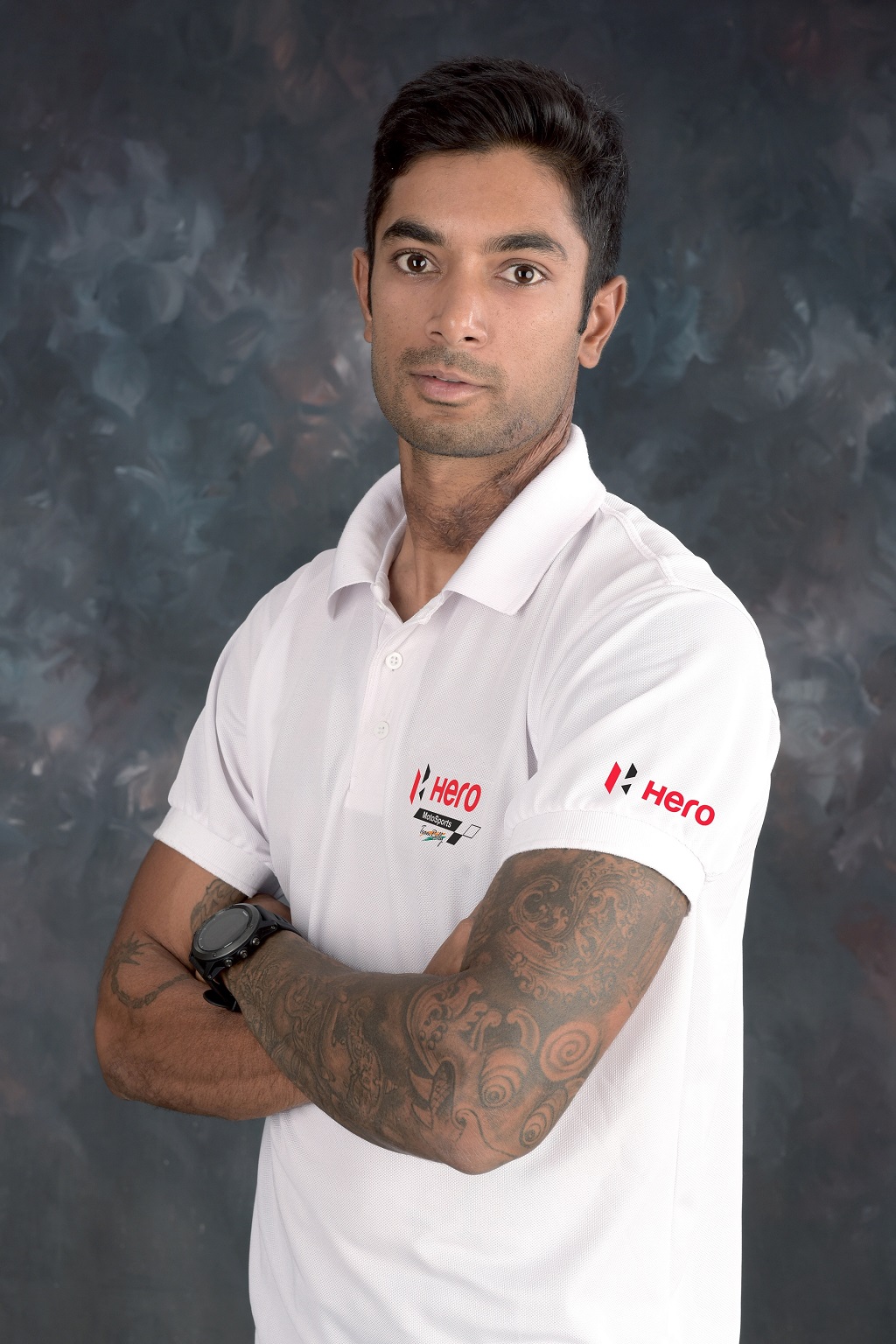 Flying the new colours will be the riders CS Santosh and Joaquim Rodrigues.

Santosh, the off-road motorcycle star from India, has participated in several international rally events and is poised to make a mark in the global racing arena. His teammate ‘J-Rod’ from Portugal is a rookie in rally sport. However, being a former Motocross and Supercross factory pilot, he is extremely professional with strong determination to prove his talent. The team will be headed by Mr. Wolfgang Fischer, Managing Director, Speedbrain.

The Hero MotoSports Team Rally will be under the direct supervision of Dr. Markus Braunsperger, Chief Technology Officer (CTO), Hero MotoCorp, and will work in close collaboration with his team at the Hero Centre of Innovation and Technology. The Hero MotoSports Team Rally will also assist in development and testing of new Hero vehicles concepts, using the data collected from the races.

Mr. Pawan Munjal, Chairman, MD and CEO, Hero MotoCorp Ltd., said, “In the recent past, we have rapidly expanded our global footprint and also made significant investments in enhancing our R&D capabilities. Motorsport is a natural progression for us, as it will allow us to bring value-added products with top-of-the-line technology for our millions of customers. This initiative is also reflective of our consistent support to sports and sportspersons. I welcome Santosh and Joaquim on board and wish them all the very best.”

Dr. Markus Braunsperger, Chief Technology Officer, Hero MotoCorp Ltd., said, “Hero products are known for their robustness, reliability and quality. It is, therefore, a logical step for us to engage in International Rally Sports – which is the ultimate proving ground for any product and its components. In Speedbrain we have a very professional and technologically capable partner and we look forward to a fruitful journey together.”

Mr. Wolfgang Fischer, Managing Director, Speedbrain GmbH, said, “After several successful years in the rally raid sport, collecting tons of experience and creating a very specialised, motivated and loyal race team and the conceptual skills on how to build an efficient and competitive bike, we are more than happy to form a new, strategic partnership with Hero MotoCorp, to realise our common vision for the future.”

Hero MotoCorp, the world’s largest two-wheeler manufacturer, today presented 50 new Hero scooters to the women police officers of Gurugram Police. The initiative is part of ‘Project Sakhi’, which is aimed at the safety and […]

Erfoud, Morocco May 09, 2017 The third stage of the ongoing Afriquia Merzouga Rally in Morocco proved to be difficult for riders when a desert storm passed across the rally, during the second half of […]