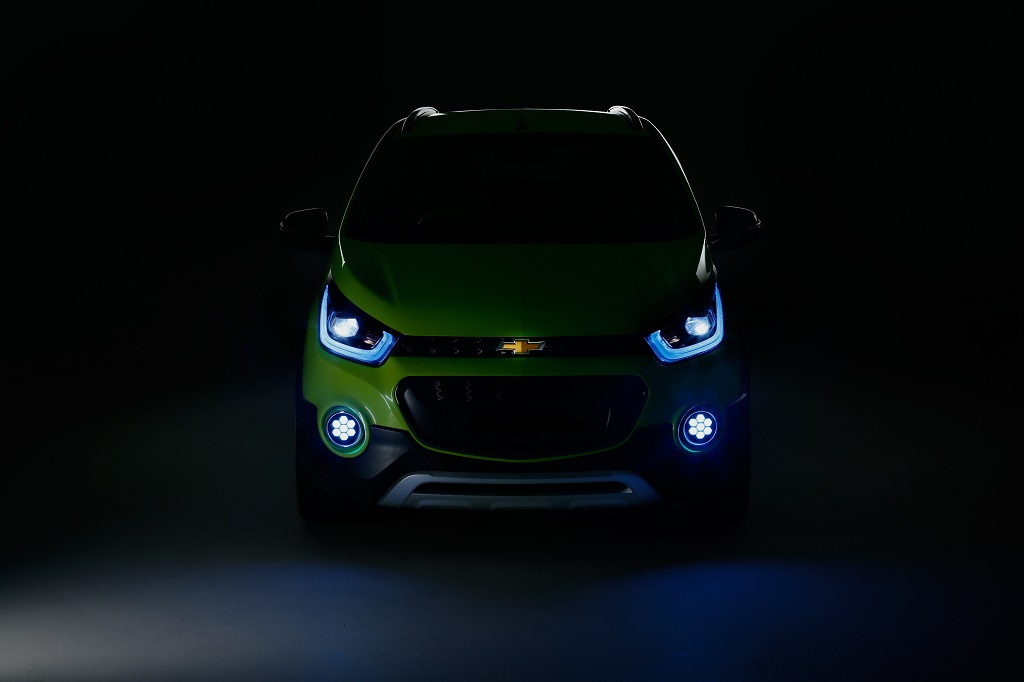 India’s largest automotive extravaganza opens on February 3 to the press. GM India will reveal two new concept vehicles at the Chevrolet Pavilion in Hall #5 during a press conference that will begin at 8:20 a.m. on February 3.

Kaher Kazem, President and Managing Director of GM India, said: “Visitors to the 2016 Auto Expo will see a completely new Chevrolet. Our presence at this year’s event will be highlighted by some Chevrolet product reveals that will mirror the aspirations of Indian consumers and compete in the most vital segments of the Indian vehicle market.”

Chevrolet will also have on display showstoppers such as the Corvette and Camaro sports cars, Chevrolet Colorado pick-up as well as the recently-launched Trailblazer and the new Cruze with styling and feature upgrades. Spin, which is slated to be launched in 2017, will also be on display.

As a bonus, visitors to the Chevrolet Pavilion will be able to enjoy the Passabilities and Colorado Co-driver interactive activities.

Passabilities is an exciting game for football lovers that will allow them to don a Manchester United jersey and “play” in a match that will be captured using a custom-designed app. They will be provided a short film of themselves passing the ball to and from members of the team to share with their friends. They will also have the chance to win a football signed by a visiting Manchester United legend Louis Saha.

Colorado Co-driver is an Oculus Rift Virtual Experience – a 7D technology that will give visitors the opportunity to take a mysterious road trip that places them in the role of co-driver. Their mission will be to navigate the Chevrolet Colorado pickup over rugged terrain through the picturesque mountains of New Zealand.

At the Chevrolet Pavilion, auto show visitors will see for themselves Chevrolet’s full commitment to India and the true American Chevrolet experience on the way.

“SAIC Motor Corporation has seen some reports in the media about SAIC signing an agreement with GM to take over its Halol Car Manufacturing Plant.   It is clarified that SAIC has not signed any […]