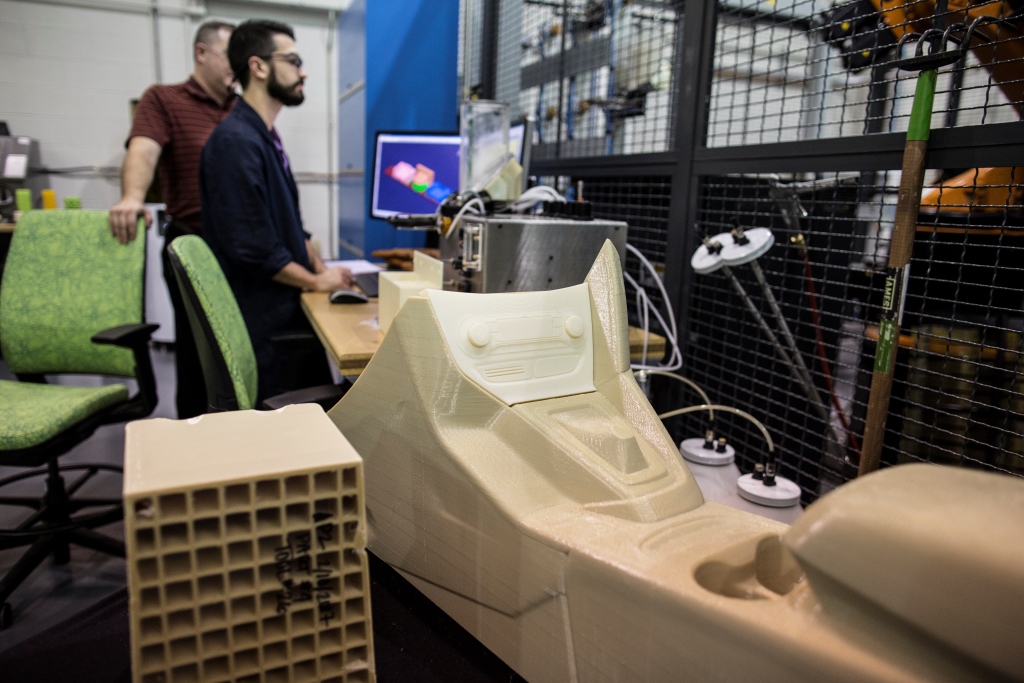 Capable of printing car parts of practically any shape or length, the Stratasys Infinite Build system could be a breakthrough for vehicle manufacturing, providing a more efficient and affordable way to produce tooling, prototype parts, or components at low volumes, like Ford Performance vehicles, or for personalized car parts.

“With the Infinite Build technology, we are now able to print large tools, fixtures, and components, making us more nimble in design iterations,” said Ellen Lee, Ford technical leader for additive manufacturing research. “We’re excited to have early access to Stratasys’ new technology in order to help steer the development of large scale printing for automotive applications and requirements.”

The new 3D print system is located at Ford’s Research and Innovation Center in Dearborn. 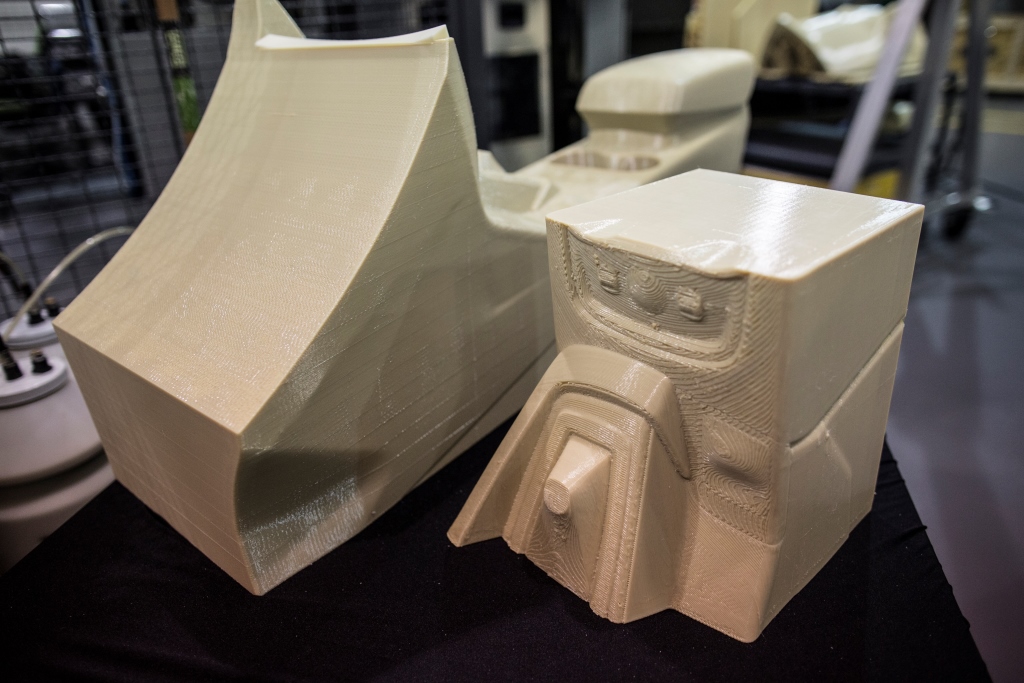 An emerging technology for manufacturing

As 3D printing becomes increasingly efficient and affordable, companies are employing this emerging technology for manufacturing applications in everything from aerospace, to education, to medicine. Wider adoption in 3D printing has been driven by recent technology advances, new areas of application and government support, according to Global Industry Analysts Inc. By 2020, the global market for 3D printing is expected to reach $9.6 billion, the organization reported.

In the future, 3D printing could have immense benefits for automotive production, including the ability to produce lighter-weight parts, which may help improve fuel efficiency. A 3D-printed spoiler, for instance, may weigh less than half of its metal-cast equivalent.

Additionally, 3D printing is a more cost-efficient way to produce parts only needed at low volumes, like prototypes and specialized parts for racecars. Further, Ford also may use the technology to make larger printed tooling and fixtures as well as personalized components for customers.

Specifications for the part are transferred from the computer-aided design program to the printer’s computer, which analyzes the design. Then, the device goes to work, printing one layer of material at a time – in this case, plastic – and then gradually stacking the layers into a finished 3D object.

When the system detects that the raw material or supply material canister is empty, a robotic arm automatically replaces it with a full canister. This allows the printer to operate for hours or days while unattended.

Though 3D printing isn’t yet fast enough for high-volume production manufacturing, it is a more cost-efficient way to produce parts only needed at low volumes, like prototypes and specialized parts for racecars. In addition, when not limited by the constraints of mass production processes, components can be designed to function more efficiently.

Using traditional methods, an engineer would create a computer model of the part and wait for months for prototype tooling to be produced. With 3D printing, Ford can print the same part in days at a significantly reduced cost. For example, a prototype for a new intake manifold could be produced over a couple of days as opposed to several months, at an order of magnitude lower cost.

From Veggies to Cars: Ethical Consumerism on the Rise in Asia