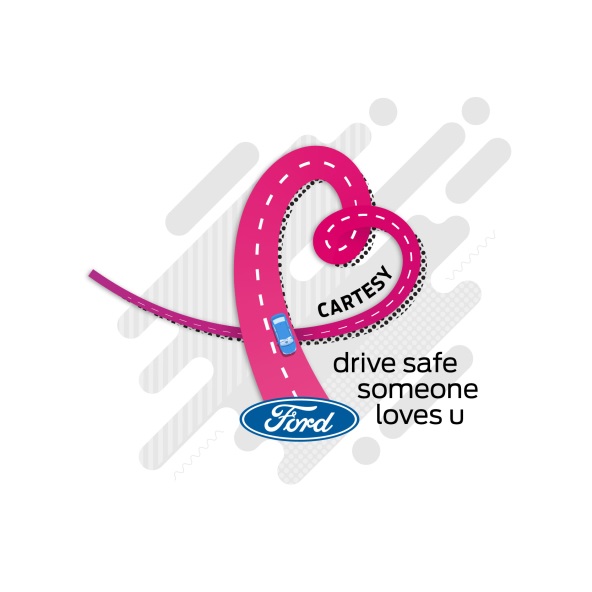 Continuing its efforts to promote safe driving behaviour, Ford launched Cartesy, a campaign encouraging drivers to be courteous and respectful to others on road much like our day-to-day life.  The campaign, which aims to highlight behavioral issues impacting safe driving, revealed how distracted driving is making our roads less safe.

According to results of a survey undertaken as part of the Cartesy campaign, Millennials in India are most likely to use their mobile phones while driving to make or receive a call or text (44 percent), use social media (31 percent), or take a selfie (32%).

Parents – often worrying about screen addiction for their children – featured among the most distracted groups of drivers on the road, second only to millennial males. Interestingly, while overall mothers came out as slightly more responsible than other groups, they were still most likely to have read or watched something (35 percent) while driving.

“More people face fatalities on Indian roads because of other’s faults. Ford is committed to helping raise awareness of road safety and educating drivers on safe driving practices,” said Rahul Gautam, vice president, Marketing, Ford India. “Phones are a great distraction normally, but behind the wheel they can be life threatening.”

Using a phone while driving slows reaction times (notably braking reaction time, but also reaction to traffic signals), makes it difficult to keep in the correct lane, and to keep the correct following distances. Sending a text message takes about 10 seconds, which is the equivalent to 280 meters on a highway when a car is going 100 kilometers per hour.

According to the World Health Organization[1] (WHO), over 1.25 million people die each year as a result of road traffic crashes and between 20 and 50 million more people suffer non-fatal injuries. They found that drivers using mobile phones are approximately four times more likely to be involved in a crash than drivers not using a mobile phone.

Across all groups of respondents, mobile phones topped the list of in-car distractions, followed by other passengers and applying makeup. 42 percent of Indian drivers say they try not to use their phones while driving, but end up doing so anyway. Of the respondents who use their phone while driving, the most popular reasons were taking calls from friends or family (54 percent), being stuck in traffic or at a stoplight (53 percent), and answering work calls or emails (46 percent) The fear of missing out is also a key reason, with 28 percent of millennials and 30 percent of parents admitting to using their phones while driving for no reason other than they had “always want to be connected.”

Investing in technology and programs to help reduce driver distraction

Ford has developed advanced technologies that minimize distractions from mobile phones. SYNC 3, the automaker’s innovative in-car connectivity system, allows drivers to use their voice to make a call, hear a text, listen to music and activate apps – all while keeping their eyes on the road and hands on the wheel 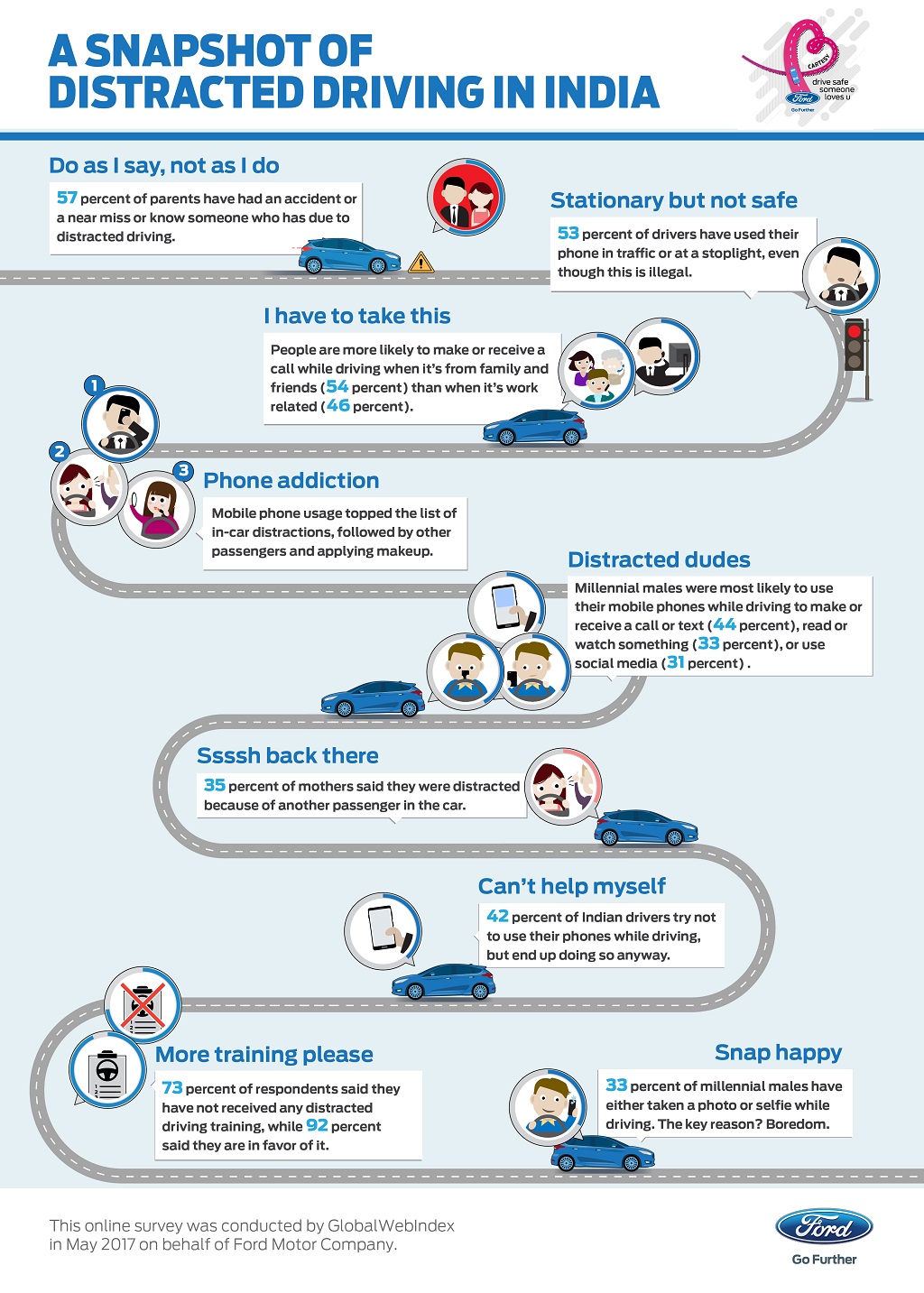 Domestic wholesales grew at 8,338 units in February; Exports rose to 15,688 vehicles Introduced the next-generation of its voice-activated in-car technology SYNC® 3 in Ford’s most capable premium SUV Ford Endeavour Extended its sales and […]

Ford Celebrates New Thinking with Ford Navotsav; Unveils a Unique Ganesha Installation Made of Spare Parts for the Festive Season

MUMBAI, August 18, 2017 – With Ganesh Chaturthi just around the corner, Ford is all set to celebrate it in style with a unique installation of Lord Ganesha, made of auto spare parts for the upcoming […]