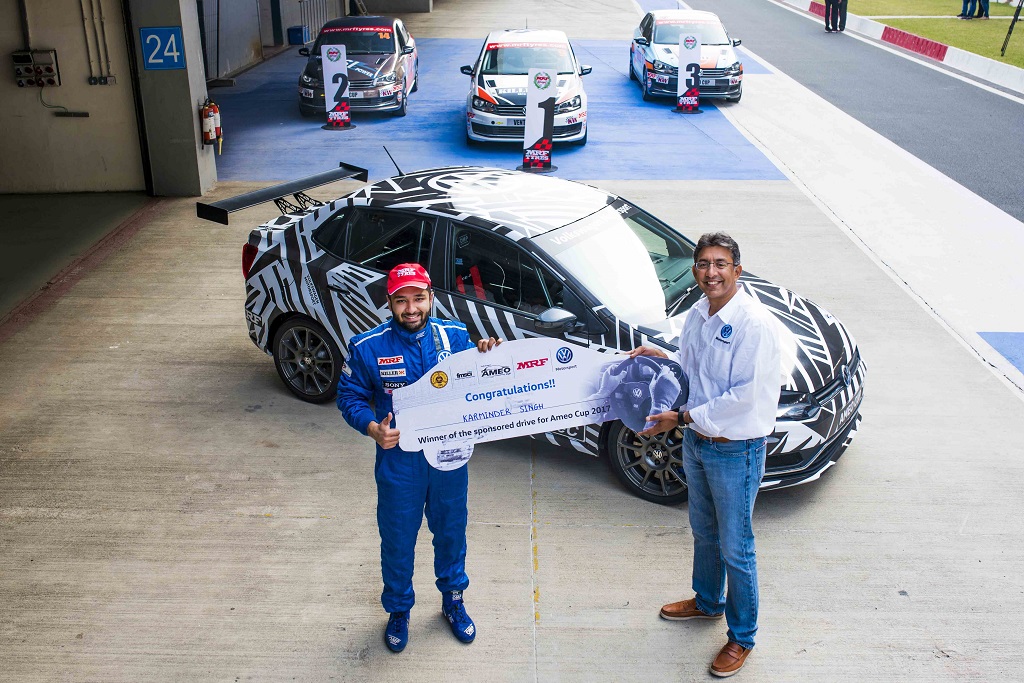 Greater Noida, January 29, 2017: A special race weekend organised by Volkswagen Motorsport India on the side lines of the MRF Challenge concluded today at the Buddh International Circuit (BIC), Gr. Noida. Held as a three-race weekend, the event saw 10 prospective racers get a chance to showcase their racing skills and win a fully sponsored seat in the upcoming Ameo Cup 2017. These 10 drivers were joined by three guest racers to make a 13-driver grid. The weekend began with Free Practice sessions on Friday, followed by Qualifying session and first Race on Saturday and second & third Races on the final day. 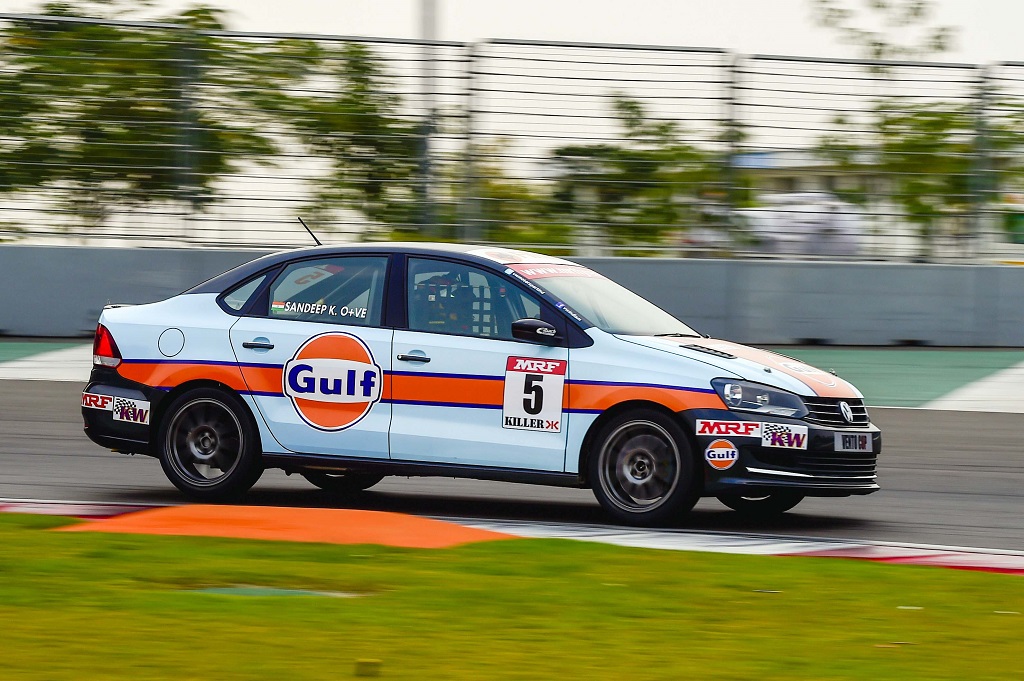 Starting Race 1 on pole, Karminder Pal Singh dived into the first corner in lead and held it till the end to secure a win. Starting the race in the second row, Sandeep Kumar made it to the second spot after Karthik Tharani retired due to technical issue and held on to the position till the chequered flag. Returning to racing after a gap of four years and starting seventh on the grid, Ameya Walavalkar finished on the last remaining spot on the podium.

Race 2 of the weekend started with a reverse grid order of the Race 1 finishers with Gowdham Murugan starting on pole position followed by Anmol Singh, Sean Parmeshwar and Jeet Jhabakh. The Vento Cup 2016 Junior winner – Jeet Jhabakh took a jumpstart due to which had to drive through the pit lane as a penalty at the end of lap 2. Ameya Walavalkar and Karminder started sixth and eight on the grid respectively and moved up to the first and second place by the end of the second lap. Anindith Reddy who started ahead of Ameya on fifth place managed to climb up to third spot by the end of third lap. The three-way battle between Ameya, Karminder and Anindith for the first position on lap five saw Karminder and Anindith get past Ameya. The top three retained their positions till the end of the race giving Karminder a strong lead in the points tally going into race three.

The third race started with Karminder on pole position followed by Anindith and Sandeep in second and third position. Karminder made no mistake at the launch and got the hole shot into the first corner. Anindith followed him into the second position while Ameya made an early move on Sandeep to get in the third position. While Karminder and Anindith held on to their positions, Sandeep and Ameya swapped places a couple of times. Finally, it was Sandeep who passed Ameya on the second lap to grab the third spot. By the end of lap 2, it was Karminder leading, Anindith in a closed second, Sandeep in third and Ameya fourth. These top drivers held on to their respective positions all the way to the chequered flag. 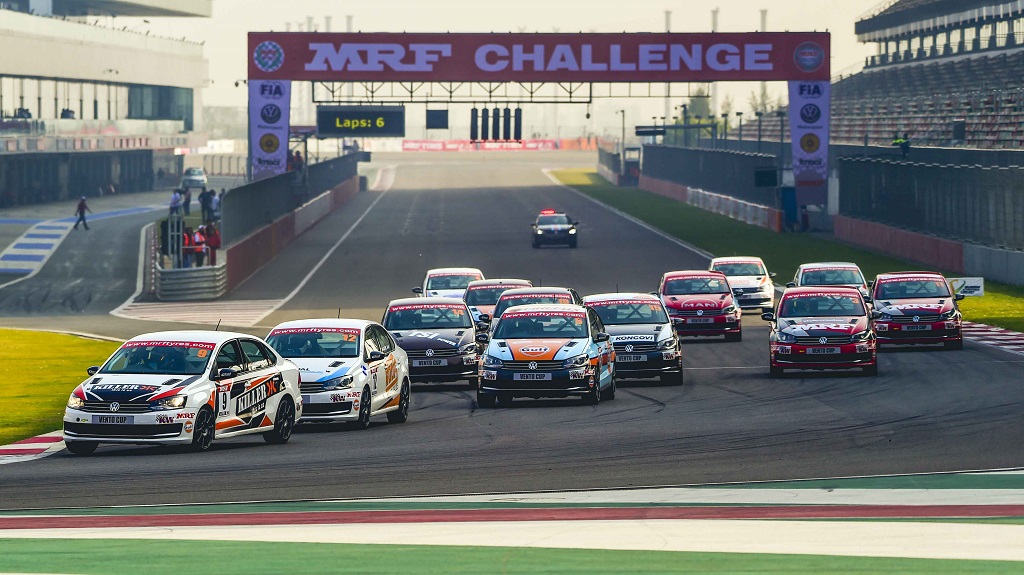 With all three races to his name, it was clean run for Karminder over the weekend. He now gets a fully sponsored entry into the Volkswagen Ameo Cup 2017.

Mr. Sirish Vissa, Head of Volkswagen Motorsport India, “Congratulations to Karminder for a perfect weekend that secured him a place in Ameo Cup 2017! We are now gearing up for our Ameo Cup which starts in a few months’ time. There is a lot of work to be done before we can line up all our Ameo race cars on the grid later this year and we are now shifting into the top gear to get the new series rolling!”

olkswagen at the 2016 Geneva Motor Show: World premieres of the T-Cross Breeze and new up!

Management Board Chairman Dr. Herbert Diess: “2016 is a year of new beginnings for Volkswagen” Fascinating open-top concept SUV breathes new life into the compact car category New up! set to thrill with multitude of […]

ŠAVWIPL exports its 500000th Made in India Car

›   ŠKODA AUTO Volkswagen India’s export program continues to perform steadily despite a global slowdown and the impact due to the COVID-19 pandemic. ›   The milestone vehicle is a white Volkswagen Vento manufactured at the Pune plant […]