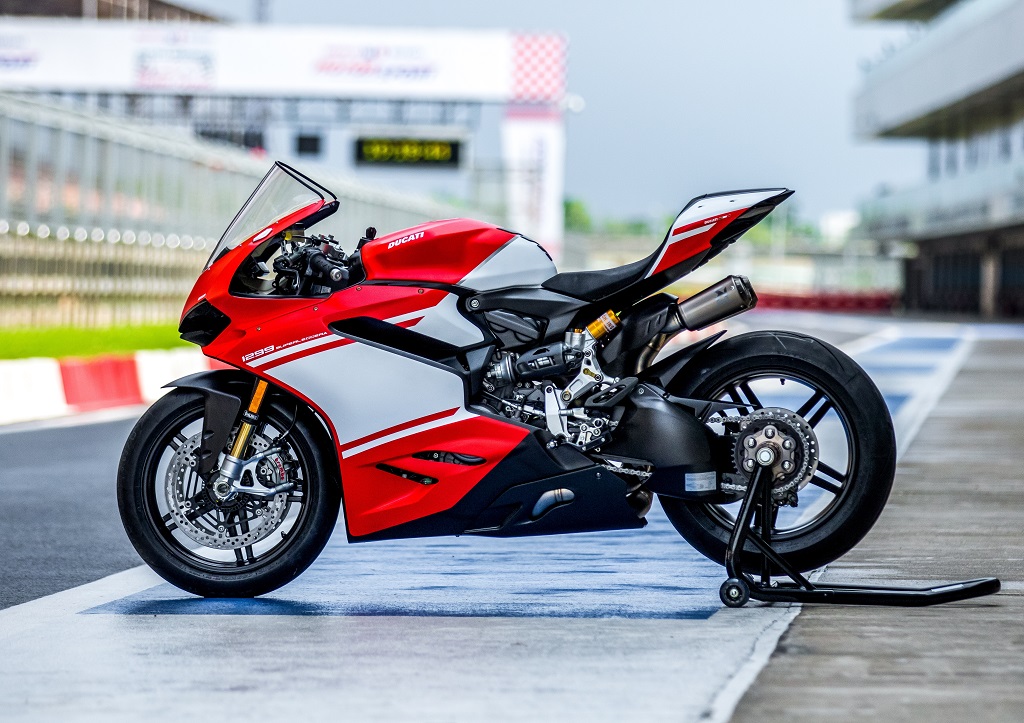 New Delhi, 5th July, 2017: The Ducati 1299 Superleggera is the greatest expression of engineering, technology and performance ever put into mass production by a motorcycle manufacturer. This first 1299 Superleggera in India has been delivered to motorcycle enthusiast Vikram Oberoi. Vikram is a passionate motorcyclist who is a regular at the Buddh International Circuit and owns, amongst other motorcycles, a Ducati 1299 Panigale S, a Ducati 916 and the Ducati 1098.

Vikram Oberoi, said: “Ducati make exceptional motorcycles and it’s a privilege for me to be one of Ducati’s customer in India.  There is no better motorcycle manufacturer when it comes to performance bikes or bikes ridden on a racetrack.”

The 1299 Superleggera is the most technologically advanced motorcycle that Ducati has ever developed and is the first production motorcycle to have a carbon fibre monocoque, single-sided swingarm, rear subframe, fairing and carbon fibre wheels with aluminium hubs. 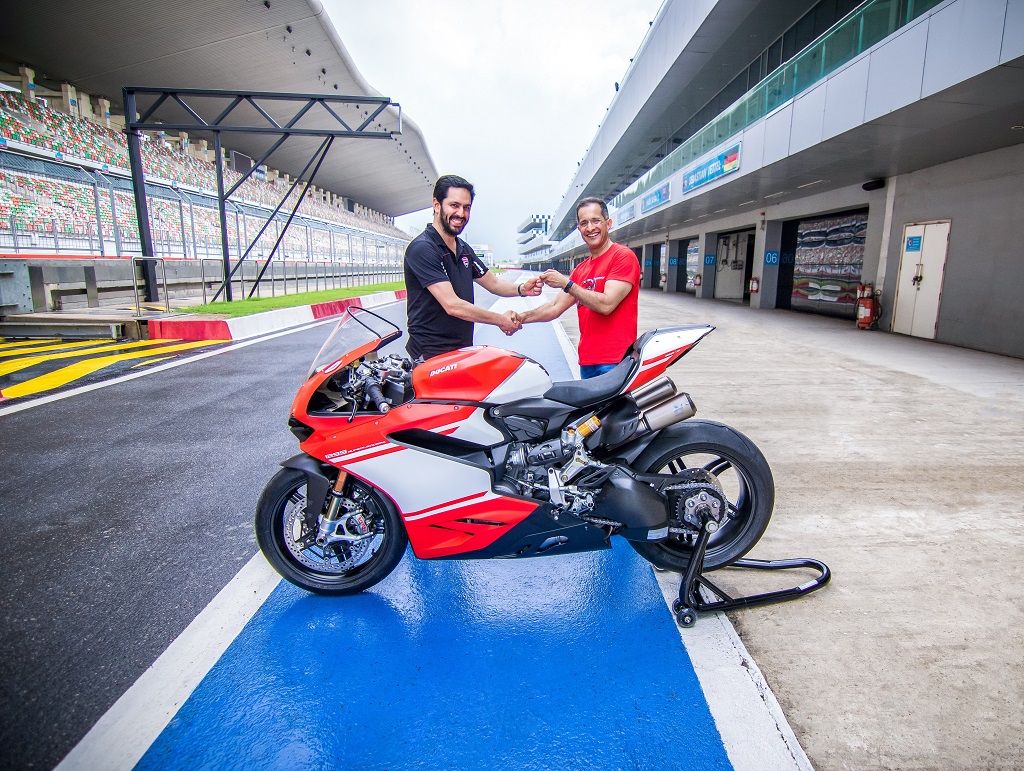 Ravi Avalur, Managing Director of Ducati India Pvt. Ltd. said: “The 1299 Superleggera is one of the most exclusive motorcycles in the world, with only 500 units produced. Redefining the definition of the term “superbike”, it offers unmatched technology in a limited edition targeting the true connoisseur. We are very proud to deliver the only 1299 Superleggera in India to Vikram.”

The Ducati 1299 Superleggera produces 215 Bhp, weighs only 156 Kg (Dry) and is the most powerful factory twin-cylinder ever built. To keep this performance under control, Ducati has also included a full electronics package including Ducati Traction Control Evo (DTC EVO), Ducati Slide Control (DSC) and is also the first ever Ducati Superbike to be equipped with Ducati Power Launch (DPL) and also features the Engine Brake Control (EBC) seen on previous versions.

Keeping all this explosive power under control is a newly calibrated Bosch Cornering ABS system that ensures matchless braking in complete safety. The 1299 Superleggera is delivered with a track kit that includes Ducati performance components that include a complete titanium Akrapovič racing exhaust, racing screen, plate holder removal kit and mirror replacement plugs amongst other accessories.

Special exhibition on Ducati from November 9, 2016 to April 30, 2017 Around 50 exhibits show the rich history of the Italian Audi subsidiary Motorbikes from MotoGP™ and WorldSBK™ will be exhibited The Audi museum […]