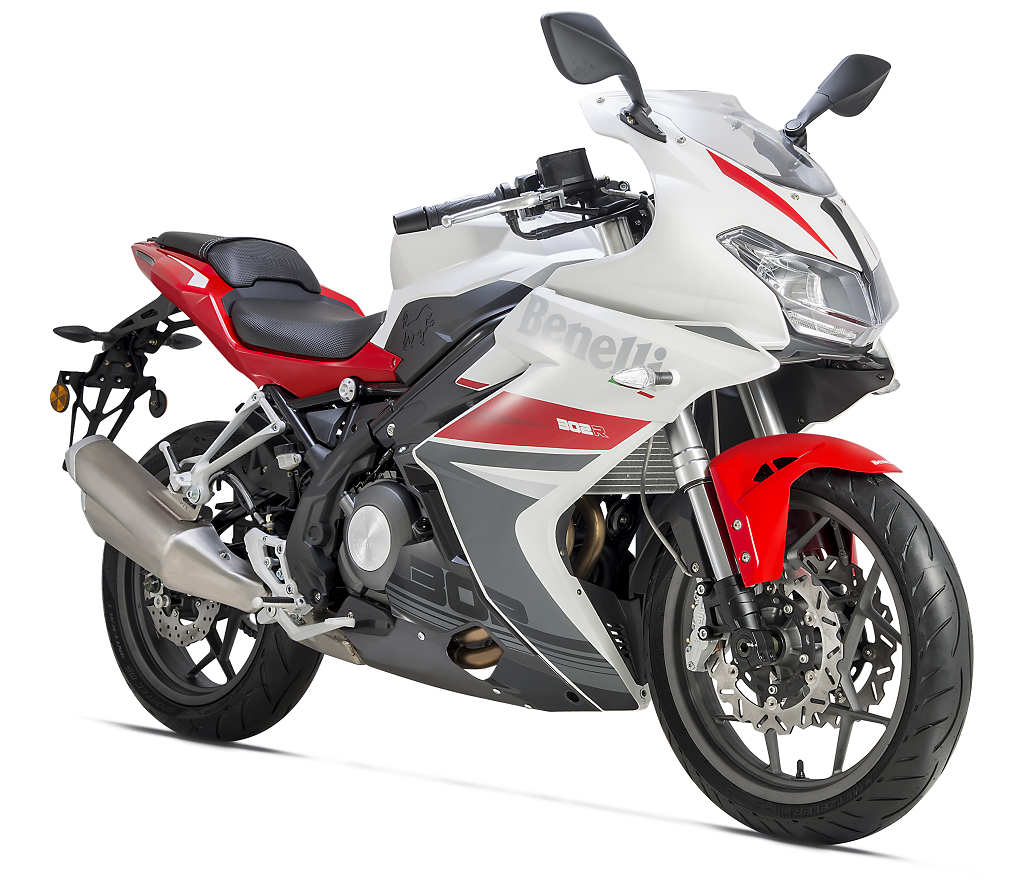 New Delhi, 20 June, 2017: DSK Motowheels, one of India’s most well-established and strongest players in the superbike industry, and the legendary Italian superbike brand, Benelli have finally announced advance bookings for one of the most-awaited sports bikes of the year –DSK Benelli 302R. The announcement has sparked a unique wave of excitement amongst Indian biking aficionados who are curiously waiting for the full-faired sports bike to hit the road next month. The bookings can be made at any of the DSK Benelli showrooms located across the country.

DSK Benelli 302R directly descends from the lineage of Tornado, which is reputed globally for its extraordinary performance and unsurpassed features. Continuing this legacy, the fully faired sports bike has been designed to offer the same luxury, appealing style, and great comfort in the sub-500cc motorcycle segment. Featuring the Benelli trademark trestle frame, DSK Benelli 302R offers an exemplary performance and enthralling biking experience with unmatched manoeuvrability, even in the harshest of all conditions.

Mr. Shirish Kulkarni, Chairman, DSK Motowheels said, “It is quite overwhelming to see that DSK Benelli 302R is receiving such a positive customer response even before it has entered the market. This signifies the trust and brand salience that DSK Benelli has been able to develop amongst the Indian motorcycle enthusiasts. What’s more remarkable about 302R is the fact that the fully faired sports bike is a true manifestation of the Tornado pedigree, whose legacy has enchanted the global superbiking community for about half a century now. Since advance bookings for the premium bike have been initiated, we are foreseeing strong disruptions in the Indian mid-range biking segment.”

DSK Benelli 302R comes loaded with a 300cc, in-line two cylinder, water-cooled, four-stroke engine. The launch of the sports bike is being perceived as DSK Benelli’s attempt to capture the massive mid-range biking segment and acquainting more customers with superbiking through an entry-level motorcycle bearing the legendary brand’s name.

Established in 2012, DSK Motowheels, a part of the DSK Group (Diversified business group with a turnover of over Rs. 5000 crores) forayed into the growing automobile sector by entering the niche segment of powerful and aspirational bikes. Taking forward the company’s rich legacy of dynamic entrepreneurship, Shirish Kulkarni, Chairman DSK Motowheels, spearheads the brand‘s operations in India with the primary objective of providing a world class super biking experience.

As often happens, the history of great industries is born in garages. In our case this is the “Benelli Garage”, where, in 1911, the 6 Benelli brothers Giuseppe, Giovanni, Francesco, Filippo, Domenico and Antonio, known as “Tonino”, repaired and manufactured motorcycle parts. In 1921 the ‘Velomotore’ was created: a single cylinder two stroke 75cc bike adapted to a bicycle frame and the following year it was the turn of the 98cc ‘Motoleggera’, immediately appreciated by the public of that time. The first real Benelli motorcycle, a 175cc model, ridden by Tonino, proved immediately to be a winner in the world of competition. Here began a long list of glorious moments, with more than 1000 victories in the Italian and European Championships and two World Titles won in 1950 and 1969.

Many legendary riders have ridden Benelli motorcycles. Besides Tonino, the owner of the company, the Italian riders Ambrosini, Grassetti, Campanelli, Provini, Pasohni, Villa and the internationals Saarinen, Hailwood and Carruthers. At the end of the 60’s the last motorcycle of the family owned company was born; the Tornado 650 which developed 50 hp at 7000 rpm, and easily  surpassed 170 km/h. Later the first ownership change took place, but motorcycle production continued in Pesaro with the ground breaking in line 6 cylinder 750 and 900cc Sei’s which were manufactured up until the early 1980’s. In 2001 the production of the first all new in-line triple powered range began, with the fully faired supersport Tornado 899cc Limited Edition. The addition of the Tornado Naked Tre or TNT for short, and subsequently the Tre-K in both 899 and 1131 cc variants meant that Benelli was truly back in the market of large capacity sports motorcycles. Today Benelli is part of the Qianjiang (QJ) Group, a corporation which produces more than 1.2 million two wheelers per annum. QJ, wishing to respect the tradition of passion which has always guided the history of the Italian brand, will continue manufacturing bikes in Pesaro, the traditional home of Benelli Motorcycles.

DSK Benelli – Jalandhar to showcase six exciting superbikes ranging from 250cc to 1131cc. Bookings and deliveries opened. DSK Motowheels, one of India’s most well-established and strongest players in the superbike industry announces the launch […]