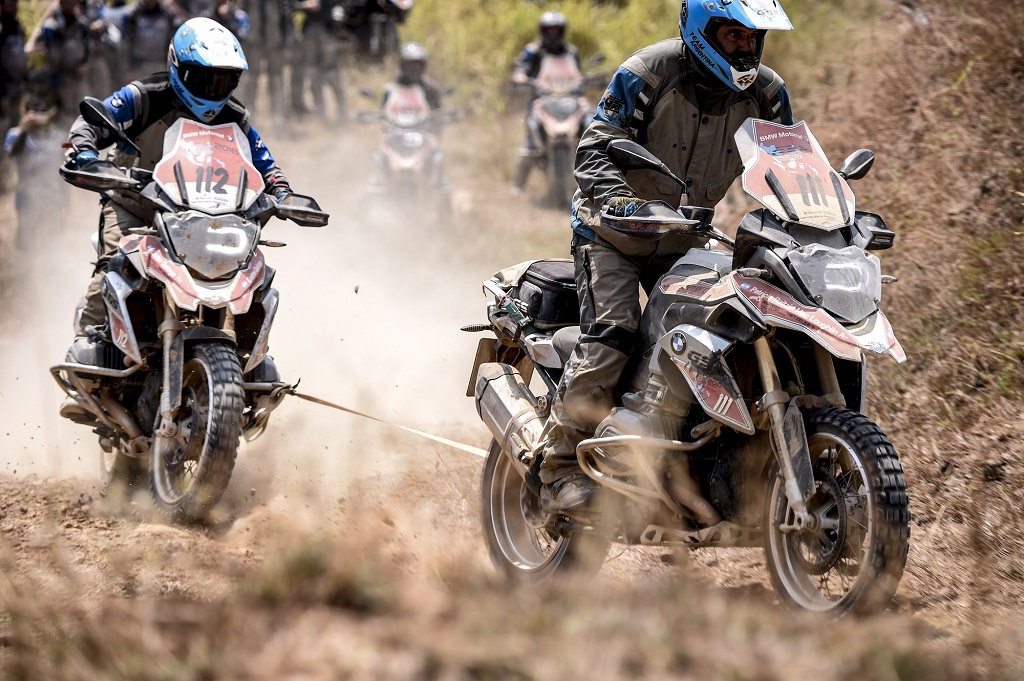 The winning team of the Indian national qualifier to compete at the BMW Motorrad International GS Trophy 2018 in Mongolia.

The best three participants of the Indian national qualifier will go forward as a team to represent India in the final at the BMW Motorrad International GS Trophy 2018 in Mongolia. Those lucky – talented – three will then be fully equipped by BMW Motorrad for the adventure ahead, flown to Mongolia and each presented with a brand new personalized BMW GS motorcycle to ride for the duration of the event.

Registration for the Indian national qualifier is open for all BMW GS Motorcycle owners in India.

Mr. Vikram Pawah, President, BMW Group India said, “The GS Trophy is a celebration of the spirit of the BMW GS motorcycle, bringing together those elements of leisure, adventure and challenge that this bike engenders. GS riders from all over the India are invited to demonstrate their team spirit, fitness, tenacity and not least their riding capability in several skills challenges. Anyone – man or woman – keen to win a place in this prestigious adventure motorcycle competition should sign up now for the Indian qualifier set to take place in Goa.”

The BMW Motorrad International GS Trophy 2018 will be held in Mongolia for 10 days: 7 days riding + 2 days in- and outbound journey + 1-day briefing). The GS Trophy is not a race, but the special stages confront the participants with a major physical and mental challenge: often described as the adventure of a lifetime. It is a competition wherein riders enjoy a near-2000km adventure ride, mostly ridden off-road. Along the way they compete in a series of challenges that are consistent with the BMW GS lifestyle and designed to exercise their intellectual, riding and navigation skills, their knowledge of, and ability to live in, the natural world – and their ability to come together as a team.

Registration for the Indian national qualifier can be made by visiting BMW Motorrad website.

The following persons are not entitled to take part

BMW Mobile Studio to cover 50 emerging markets across India in 2017. Most fascinating BMW Product portfolio on special display and test drive. Goa. BMW India has introduced the BMW Mobile Studio – one of […]