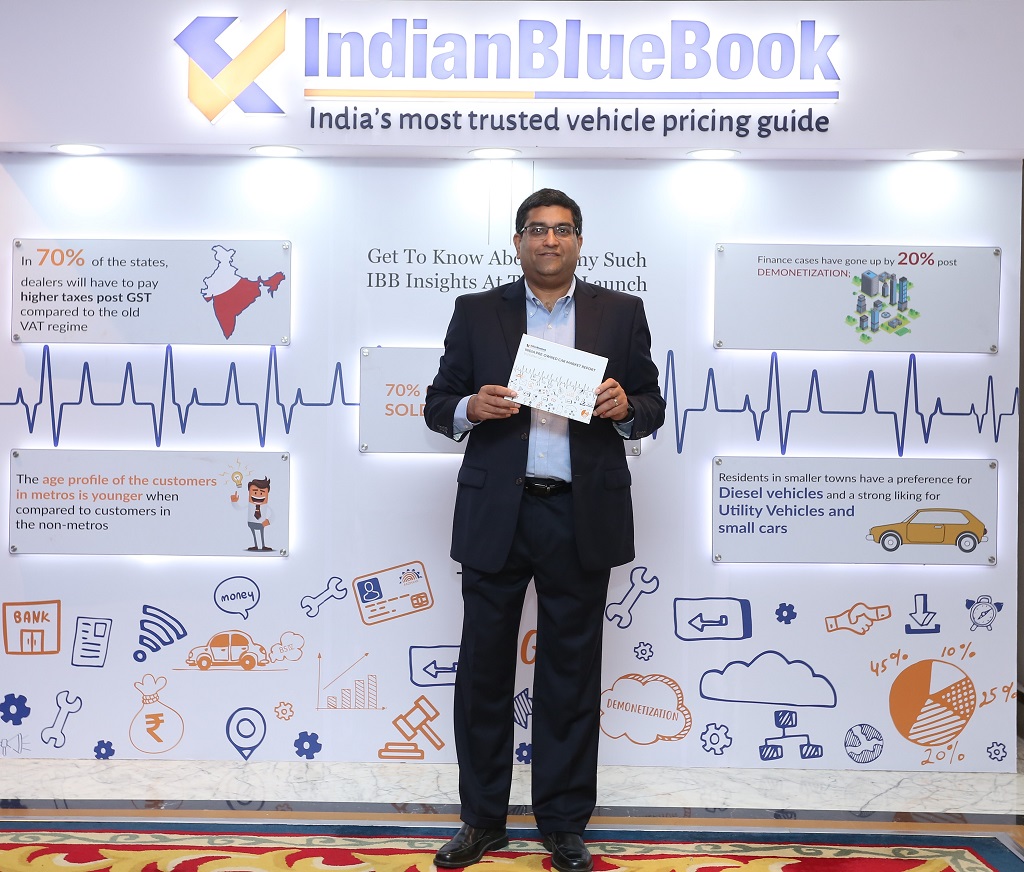 Over the past year, the market has been hit by significant “jolts” in the form of three major market reforms – Demonetization in November 2016, BSIII/BSIV in March 2017 and GST in July 2017. In addition to updates to the basic market metrics presented in the first edition, the report also reviews the impact of the recent disruptions on the overall market.

“While these reforms have no doubt disrupted the status quo, they have necessitated that all stakeholders change with the times and become “more organized”. Not withstanding the short term hiccups, we strongly believe these market reforms are good for the organized industry in the long term.” said Dr. Nagendra Palle, Managing Director & CEO, Mahindra First Choice Wheels Ltd.

The report is a result of a collective effort of the IndianBlueBook team and its partners in India and overseas. It has leveraged India’s largest multibrand used car footprint “on the ground” via the Mahindra First Choice Wheels Ltd.’s franchise network and significant presence “in the cloud” with a suite of industry leading online properties including but not limited to IndianBlueBook (www.indianbluebook.com), eDiig (www.eDiig.com) and inspection platform (www.autoinspekt.com) platforms.

How has the market changed since 2016?

How have the market reforms impacted the industry?

Insights on the Total Cost of Vehicle Ownership

What are consumers telling us about pre-owned car ownership?

IndianBlueBook.com is India’s first pre-owned car valuation guide. With exclusive access to a large number of car transactions that take place every day through different channels, IBB derives scientific and insightful inferences that lead to vehicle price discovery. Whether you’re buying or selling a vehicle, IBB helps you discover its real worth. With a backbone of transaction data through a variety of consumer and B2b channels, IBB analytically deduces pricing index which is then used to derive the benchmark market price of any vehicle. In essence, IBB is a one-of-a-kind valuation platform based on rigorous research and pure rationality. It is driven by the sheer passion to demystify millions of transaction data points, thus ensuring that you never overpay or never undersell. IBB offers a wide array of tools such as Total Cost of Ownership (TCO) and Residual Value Analysis (RVA), regularly updated reviews and insights via its blog, and a platform that enables its customers looking to buy or sell used vehicles, thereby serving as a one-stop shop for customers looking to research vehicles.

IndianBlueBook Releases 1st Edition of the ‘India Pre-Owned Car Market Report’ 2016  India is expected to be amongst the Top 5 global automotive markets by 2020. The 3.3 million pre-owned car market will be large […]