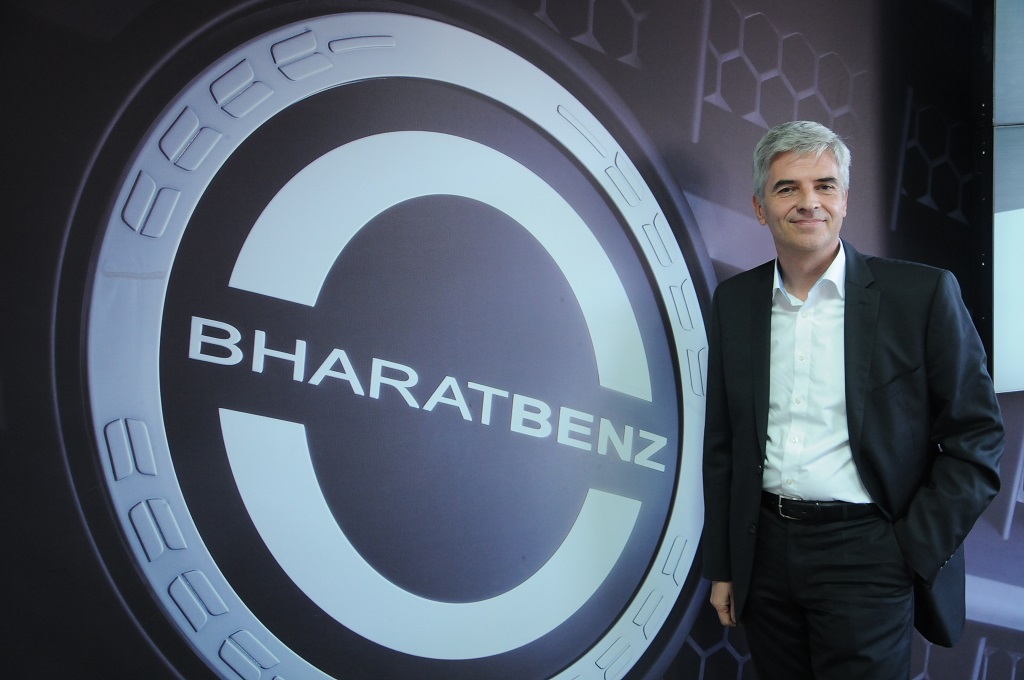 Chennai – Daimler India Commercial Vehicles (DICV) – the wholly-owned Indian subsidiary of Daimler AG, the world’s leading CV manufacturer with a global reach – is looking back at a successful year 2016. Despite a mixed year in its domestic business, DICV was able to hold to its own especially thanks to its export business which more than doubled compared to 2015. For the current year, the company expects important growth momentum from a new sub-9tonne truck for export and the new-generation of BharatBenz heavy-duty trucks for India.

Mr. Marc Llistosella, President and CEO of Mitsubishi Fuso Truck and Bus Corporation (MFTBC) and Head of Daimler Trucks Asia: “Our Indian operations at DICV are a cornerstone of our success at Daimler Trucks Asia. With the launch of a third product line for exports in 2017 at DICV we will enter the next stage in the strategic collaboration of DICV and MFTBC – this successful journey we began in 2013 pays off day by day.“

“The most prominent example of how we create win-win situations for both entities is the production of trucks for MFTBC’s FUSO brand by DICV, which enables us to serve diverse customer needs in growth markets.”

DICV will start production of this third truck product family in 2017.  The new sub-9tonne vehicles will initially be designated only for exports as FUSO brand variants, first customer vehicles will be rolled out in the first half of the year.

Mr. Erich Nesselhauf, Managing Director and CEO, Daimler India Commercial Vehicles: “We have kept our focus on profitable growth in 2016, which has been a mixed year for the Indian CV industry at large. Thanks to our successful exports, we have been able to more than compensate current challenges in the domestic market. With new products in the pipeline, we are geared up for further growth in 2017.”

In 2016, DICV sold 13,081 BharatBenz trucks (2015: 13,997) in India. This development was due to a challenging market, which had turned negative in the second half of 2016 after a good first half. At the same time, the 40,000th BharatBenz truck was handed over to the customer, and the BharatBenz network has been significantly expanded to include more than 130 Sales & Service touchpoints at the end of the year.

DICV’s vehicle exports more than doubled compared to the previous year, crossing the marks of 30 export markets and 7,500 units since the start of exports in 2013. One highlight in this area was the presentation of the first heavy-duty trucks built by DICV for the Mercedes-Benz brand, which were showcased in November 2016 in advance of their market launch in Indonesia. Exports of parts from DICV’s extensive Indian supplier base to other Daimler entities around the globe (Japan, Europe, North America and Brazil) also rose steadily and crossed the mark of 35 million parts.

Another important milestone reached in 2016 included production of the 50,000th vehicle at DICV’s manufacturing plant at Oragadam near Chennai, which rolled off the line in August 2016 – roughly four years after the start of production, which marks an unprecedented ramp-up in the Indian CV industry.

Growth momentum from new products in 2017

Elaborating on the company’s outlook for 2017, Mr. Nesselhauf said: “While the market environment will continue to hold challenges for the industry, we are planning to advance with our BharatBenz brand based on strong products, leading technologies and an even stronger focus on the customer.”

“A key growth driver for us will be the new generation of our BharatBenz heavy-duty trucks, which we are going to launch in the coming months. We have high expectations for this new product,” explained Mr. Nesselhauf. In 2016, BharatBenz had presented a new generation of its medium-duty trucks just three years after its market launch. In 2017, BharatBenz is going to complete the upgrade of its entire truck portfolio with the launch of its new-generation heavy-duty trucks in the segment between 16 and 49 tonnes GWV, which accounts for the larger portion of the brand’s truck sales.

DICV also expects to benefit from the upcoming industry transition to the BS4 standard, as Mr. Nesselhauf explained: “With BharatBenz, we have the best technology in the market based on proven solutions, and we’re fully ready as we have been selling BS4 vehicles since more than a year already. Feedback from customers of our BS4 fleet of several hundred vehicles clearly tells us we are perfectly positioned for the transition.”

Daimler Trucks Asia at a Glance