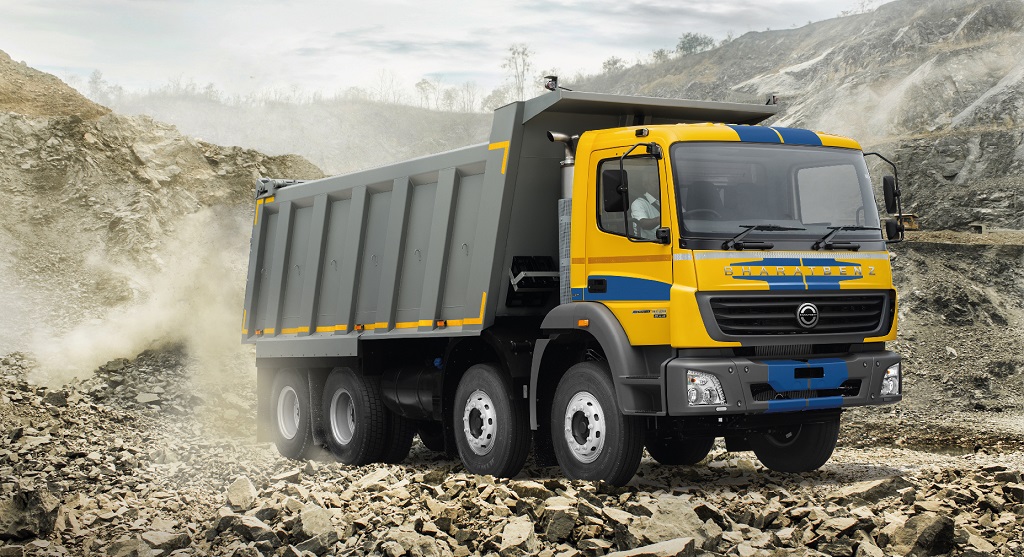 Chennai – Daimler India Commercial Vehicles (DICV) – the wholly-owned Indian subsidiary of Daimler AG, the world’s leading CV manufacturer with a global reach – recorded 2017 as the most successful year in its young history. Strong momentum from fresh products and tailwind from regulatory changes in the market environment drove domestic sales to new heights.

Mr. Erich Nesselhauf, Managing Director and CEO, Daimler India Commercial Vehicles: “2017 was a very good year for DICV and for BharatBenz. The transition to BS-IV and the introduction of GST were the long-expected game changers for the Indian CV industry. Based on our strong product portfolio and customer response, we expect further significant growth.”

In its domestic business, DICV sold 16,717 BharatBenz trucks in 2017  (+ 28%, 2016: 13,081 units). The increase was especially driven by the launch of the brand’s all-new Heavy-Duty truck range. Additional momentum came from the transition to the BS-IV standard, which BharatBenz had led in the CV segment with the clear commitment to meet the deadline of 1st April 2017 both in production and sales. The introduction of GST on 1st July 2017 further accelerated the shift in customer demand towards modern, more capable and reliable trucks. With the BharatBenz brand reaching into double-digit market share territory for the first time since its launch in 2012, market share in the 9-49 tonne segment for the full year 2017 rose to 9.1 percent (2016: 6.8 percent).

The fifth anniversary of its market entry in September 2017 was celebrated with a “High Five” yatra of more than 9,000 km across 23 major cities, reaching out to thousands of customers and drivers. More than 60,000 BharatBenz trucks on Indian roads are reflecting the brand’s steady growth trajectory since its launch in 2012 – an unprecedented ramp-up in the world’s toughest commercial vehicle market. 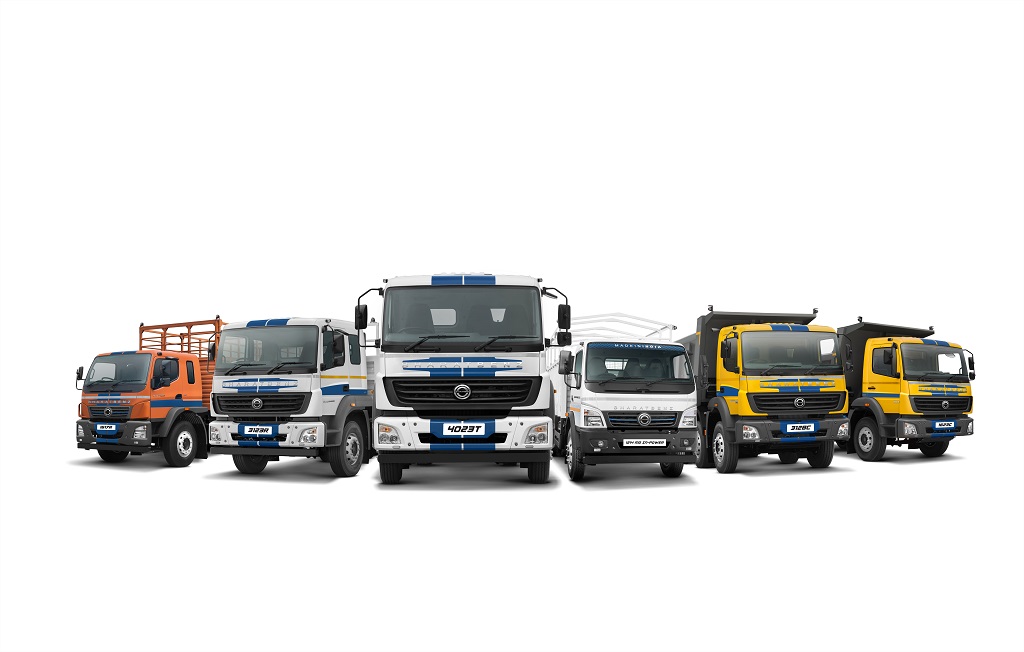 Daimler India Commercial Vehicles (DICV) is a 100% subsidiary of Daimler AG, Stuttgart, Germany. DICV is a full-fledged commercial vehicle player in the Indian market. It currently produces and sells above 9 to 49 tons trucks for the Indian volume market, under the brand BharatBenz. BharatBenz stands for Indian engineering with German DNA, focused on total-cost-of ownership, safety, reliability and comfort. Under its bus division, the company produces and sells BharatBenz buses and Mercedes-Benz coaches. Trucks including knocked-down vehicle kits as well as buses and bus chassis produced for Daimler’s FUSO, Mercedes-Benz and Freightliner brands are exported to more than 40 markets in the Middle East, Africa, Asia, and Latin America.

The state-of-the-art production plant at Oragadam near Chennai, opened in 2012, spreads over 400 acres (160 hectares). The company’s environmental and sustainability efforts cover various aspects of its operations. More than 70% of electrical power demand is already met from renewable sources, with 16% generated from photovoltaic installations on site. In 2017, DICV received the Golden Peacock Environmental Management Award. The site is also home to DICV’s headquarters, its R&D operations as well as the company’s Integrated Training Center and features a highly modern test track. DICV has made an overall investment of more than INR 5,000 crores.