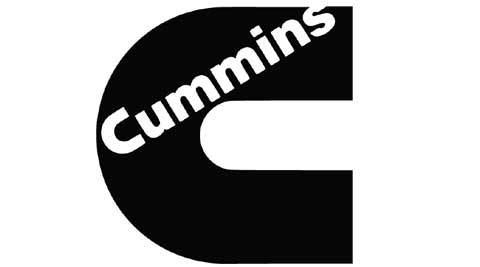 Pune, INDIA: In their meeting today, the Board of Directors of Cummins India Limited took on record the audited annual financial results for fiscal year 2016-2017 and the results for the quarter ended March 31, 2017.

Net profit before tax for the fiscal year ended March 31, 2017 marginally declined to ₹ 908 crores as compared to ₹ 910 crores in the same period last year.

“Our domestic growth story continues based on momentum from the Government’s increased investments in infrastructure for the economy.  The company remains optimistic about its growth prospects in the domestic market.  Exports markets continue to disappoint based on the global economic scenario.  In particular, the demand for our low kilowatt generators has continued to soften based on difficulties that some of the economies are experiencing in the Middle East, Africa, Europe and Asia.  Our product mix was unfavorable in the quarter which has had an adverse impact on profitability.  However, Cummins India remains well positioned to maximize emerging opportunities based on its ability to leverage Cummins Inc. technology and tailor it for the Indian market, its strong OEM and supplier partnerships, best in class service support and a diverse, stable leadership team.”

Cummins India Limited, headquartered in Pune since 1962, is the country’s leading manufacturer of diesel and natural gas engines for power generation, industrial and automotive markets.

About Cummins Group in India

Cummins in India, a power leader, is a group of complementary business units that design, manufacture, distribute and service engines and related technologies, including fuel systems, air handling, filtration, emission solutions and electrical power generation systems. Its technology and pioneering initiatives are bringing innovative solutions and dependable services at the best possible value to users across the country. Its high performance outlook is based on customer focus, integrity and capability of its people. Part of the US $19.1 billion Cummins Inc., Cummins in India is a Group of seven legal entities across 200 locations in the country with a combined turnover of ₹10,880 crores in 2016 and employing over 10,000 individuals.

Pune, INDIA: The Board of Directors of Cummins India Limited, in their meeting held today, took on record the financial results for the quarter ended June 30, 2017. Gross sales of the Company for the […]