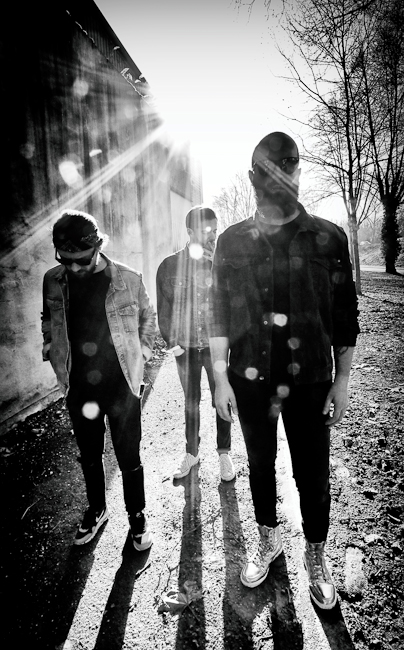 Goa,17th November 2017 – Curated and created by the French Institute in India, Bonjour India festival is one of the biggest and the most ambitious initiatives between France and India. With an aim to strengthen the Indo-French ties, Bonjour India will serve as a platform for innovation and creativity.  As a part of their rock tour, this year’s edition will see Colt Silvers and Last Train for the first time in India with a massive 11 city tour, spanning across the month of November and December. Colt Silvers will perform in Goa at the India Bike Week on the 25th of November, 2017.

Hailing from the city of Strasbourg, Colt Silvers comprises of vocalist Tristan, bass player Nicolas, guitarist Florian and drummer Julien. Termed as the French Alt J by the popular magazine Les Inrockuptibles, the band produces intense indie electro rock which is inspired by pop culture. Colt Silvers started gaining popularity beyond France within a year of their inception with the debut release ‘Night of the Living Robots’ in 2009. With their sophomore release Red Panda and EP – Gold Trees Gold in the following year, the band toured extensively performing countless shows across the world. Their latest album Swords, co-produced and mixed by the Grammy nominated Fab Dupont, filled with danceable and feel-good tracks received rave reviews from popular French Magazines and critics. Their debut tour in India will also see them perform at this year’s NH7 Weekender, Pune.

This tour is being presented by Mumbai based music management company, Mixtape. Mixtape has been actively working with international talent who want to develop a market for themselves in the country and has organized tours for notable artists including Tinariwen (Mali), Telefon Tel Aviv (LA), Clap! Clap! (IT), Micronaut (Germany), Bjorn Torske (Norway), Bill Brewster (UK), DubiozaKollektiv (Bosnia) to name a few.

“French Institute in India is honoured to curate an event of such magnitude.  With the Bonjour India Rock Tour we’re aiming at strengthening Indo-French relations through music as it plays an integral role in equal measure in both countries’ culture. We are proud to introduce some of the very popular home grown French rock bands, Colt Silvers and Last Train to the Indian Audience. With eleven concerts across different cities in India, from the metros to the epicentre of Rock Music – the north eastern territories, we hope to encourage new collaborations in the lesser-explored parts of India.”  Said Dr Bertrand De Hartingh, General Curator of Bonjour India, Counsellor for Cooperation and Cultural Affairs.

“I had an opportunity to watch these  fun, high energy straight up rock n roll acts last year at IOMMA (Indian Ocean Music Market) and they blew my mind away. I instantly connected with their music and knew that their music is something the audience here will really appreciate. This is by far one of the biggest projects we have done where 2 international artists will be traveling the length and breadth of the country and I don’t think any other artist has ever achieved that before. Really excited about this tour”. – Naveen Deshpande, Founder of Mixtape.

“We are very excited and honored to be performing in India for the first time.  We are really stoked about going on a 10 city India tour and experiencing the culture and tradition of this vast country.We are currently promoting our latest album SWORDS. In comparison to the album, the sound we create on stage is a hundred times more intense. We are ready to hit the road!” Julien – Colt Silvers