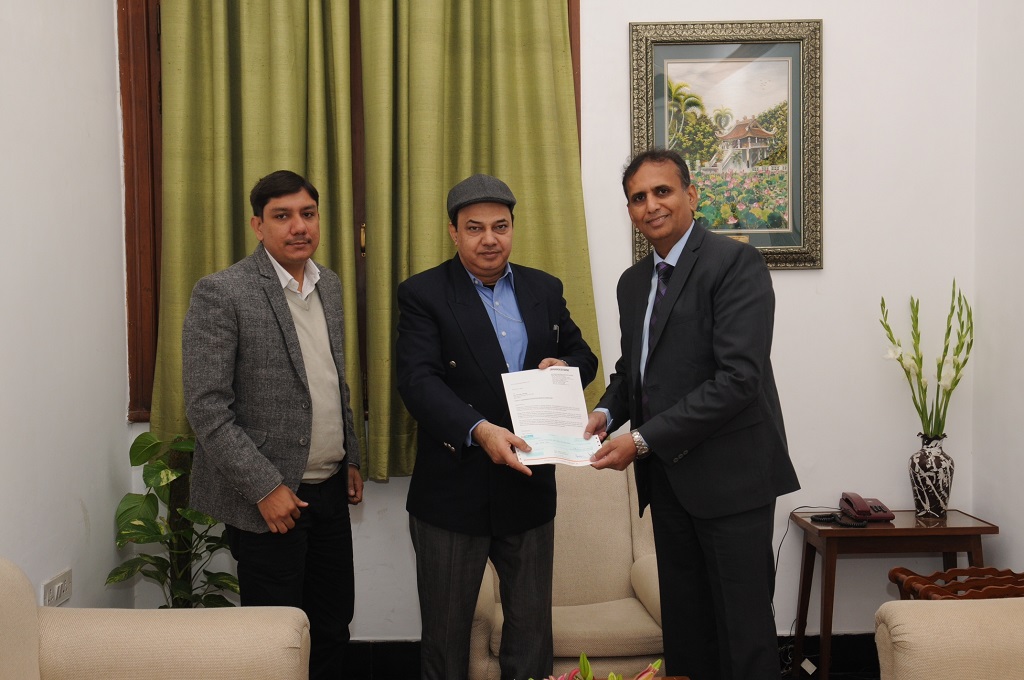 Chennai city in Tamil Nadu experienced unprecedented floods late last year which affected millions of people and damaged properties in the city. The donation is aimed at providing aid to the affected people of Chennai for their speedy recovery, along with the re-building of infrastructure destroyed during the floods.

Bridgestone always works towards the achievement of its founder’s mission statement of “Serving Society with Superior Quality” and a firm believer of community welfare. In line with this principle Bridgestone had also contributed towards the rehabilitation of the victims of the floods in Jammu & Kashmir in 2014, by donating Rs 1 crore to Prime Minister’s Relief Fund.

“Our heartfelt condolences are with all those who were affected by the floods,” said Mr. Kazuhiko Mimura, Managing Director, Bridgestone India Pvt. Ltd. “This is truly an unforeseen and unfortunate incident and Bridgestone hopes to play a part in rebuilding the lives of the people of Chennai.”

Bridgestone Corporation, headquartered in Tokyo, is the world’s largest tyre and rubber company. In addition to tyres for use in a wide variety of applications, it also manufactures a broad range of diversified products, which include industrial rubber and chemical products and sporting goods. Its products are sold in over 150 nations and territories around the world.

Bridgestone To Invest 304.3 Million Usd For Plant Expansion In India

Pune, 8th August 2017- Bridgestone India Pvt. Ltd., a group company of Bridgestone Corporation, the world’s leading tyre and rubber company, today announced its expansion with an investment of 304.3 Million USD for both the Pune (Chakan) and […]