A meeting of the Board of Directors of Bajaj Auto Limited was held today to consider and approve the results for Q3 / FY16.

In a challenging domestic market and a volatile global scenario Bajaj Auto recorded an industry best operating EBITDA margin of 22.0% For the quarter, Profit after tax again crosses ` 900 crore

Profit after tax of ` 2,849 crore earned during 9M ending 31st December 2015 exceeds the profit after tax earned by the company in the full year of FY15 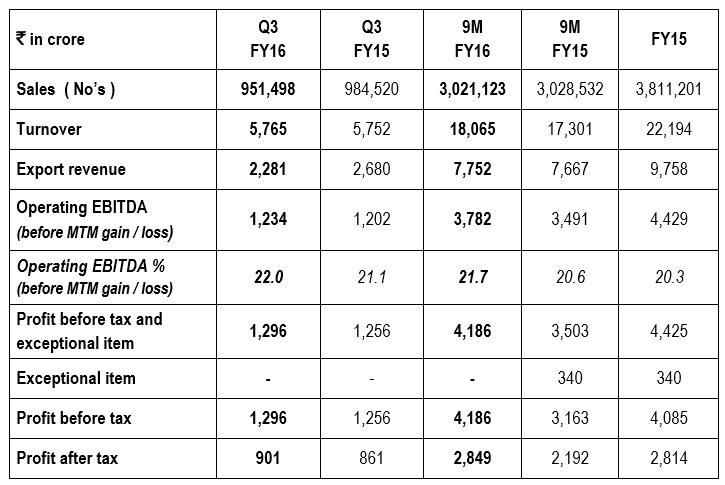 The sterling performance is a result of a seamless execution of the company’s business strategy. a. Motorcycle ( domestic )

Given the strong demand for Avenger, company plans to increase the production capacity to 30,000 units per month by March 2016

The broad segments covered above represent ~40% of the total domestic motorcycle market where Bajaj Auto is a leader. In this space Bajaj Auto recorded a growth of 43% over Q3 / FY15 as against an industry growth of 10%

b. Commercial Vehicle ( domestic )
The strategy to communicate and reinforce the superiority and strength of Bajaj Petrol and Alternate Fuel ( PAF ) RE three-wheelers while offering differentiated packages for the Diesel customers has been very successful 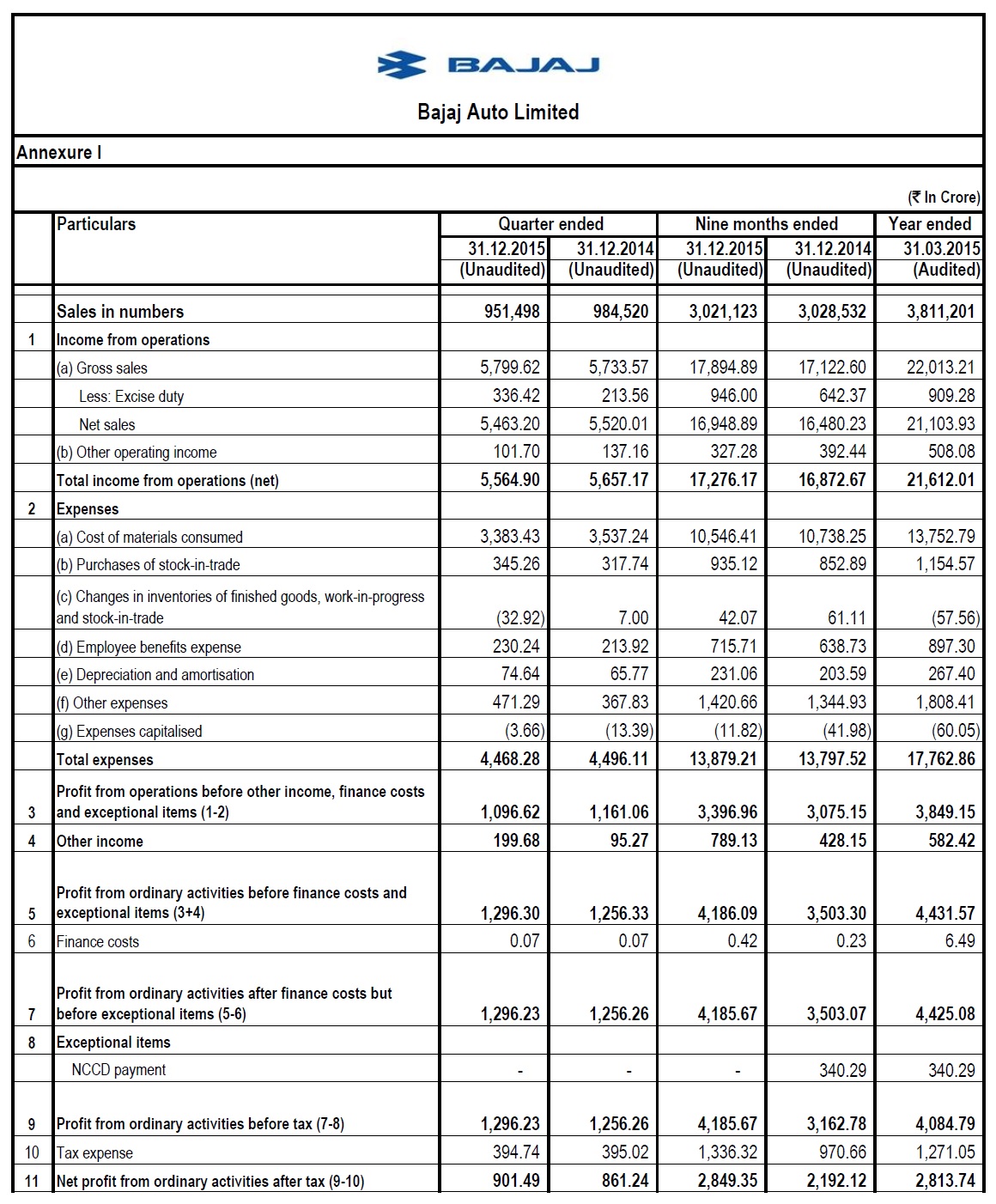 Please click below link to view the entire report:

Bajaj Auto rides ahead in Sports and Entry segments

• Becomes market leader in almost half of the Industry comprising Entry and Sports bikes with a 36% market share. Prepares to win in balance half with new a brand launch in Q4. • Grows […]