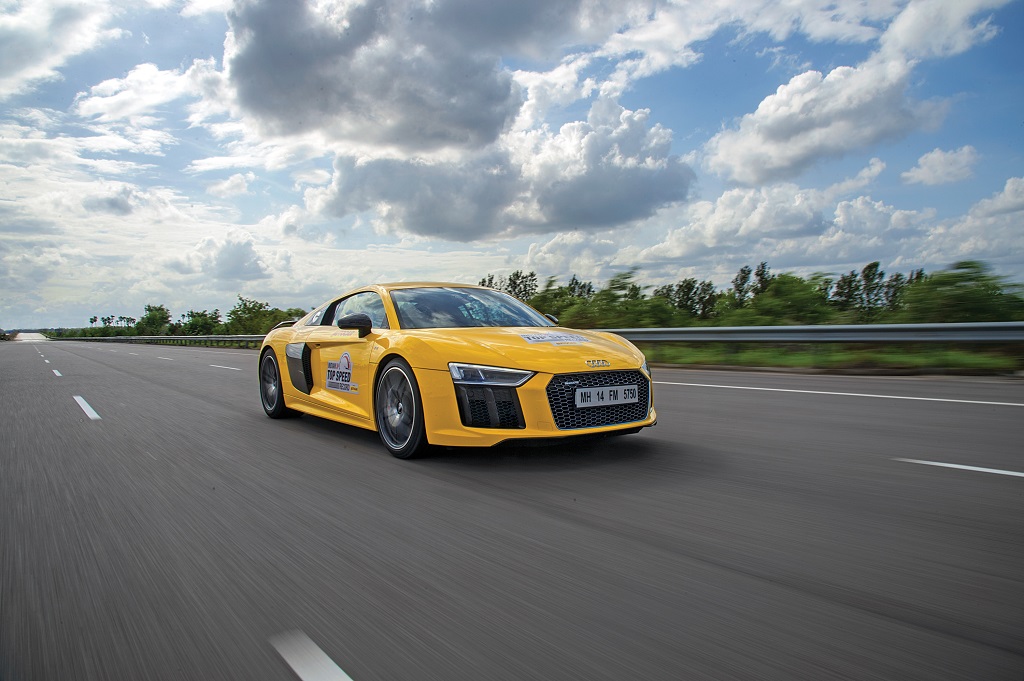 Aditya Patel clocks 332.2 kph in an Audi R8 V10 Plus to become the fastest man on the Indian Sub-continent. Record certified y the the Federation of Motor Sports Clubs of India (FMSCI), Ernst and Young and the Limca Book of Records 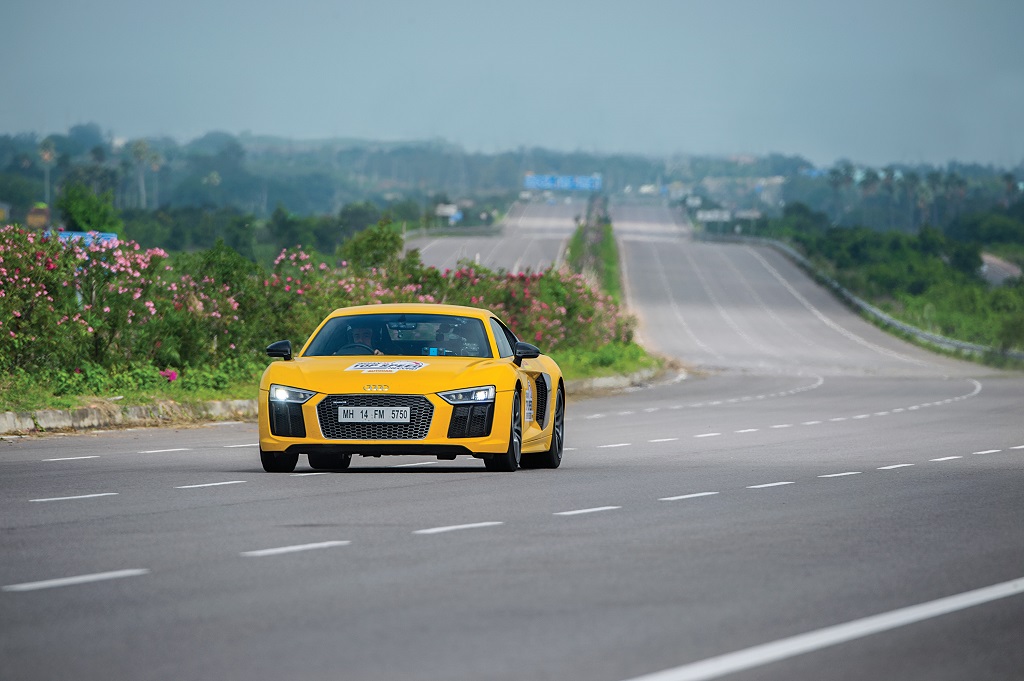 The aim was to break the record 324.2kph top speed set by Formula 1 driver Jaime Alguersuari at the Buddh International Circuit during the 2011 Indian Grand Prix.

The biggest challenge was finding a suitable road that could be shut to the public while safely attempting the record run. After four months of scouring the country for a suitable venue, the Autocar team found the ideal road, which met the safety standards required for this high speed run. A five-lane, seven kilometer partially constructed section of Hyderabad’s Outer Ring (ORR) was identified and closed off with the help of the local authorities.

The new Audi R8 V10 Plus was chosen as the car to set the record because apart from having the power and performance to achieve the target speed. Its four-wheel-drive system and overall chassis balance offers a level of confidence to the driver at high speeds like no other supercar.

Aditya Patel strapped himself into Audi R8 V10 Plus which was in standard showroom trim with no modification whatsoever. The R8 was fitted with sophisticated data acquisition system to accurately record the top speed. On his first run itself, Aditya hit 332.02kph besting Audi’s official claim of a 330kph top speed for the R8 V10 Plus. At this speed, the R8 V10 Plus was maxed out hitting the 8,500rpm rev limiter in seventh gear. In fact, Aditya achieved his record breaking speed in 5.1km leaving him an ample distance of 2km to slow down. 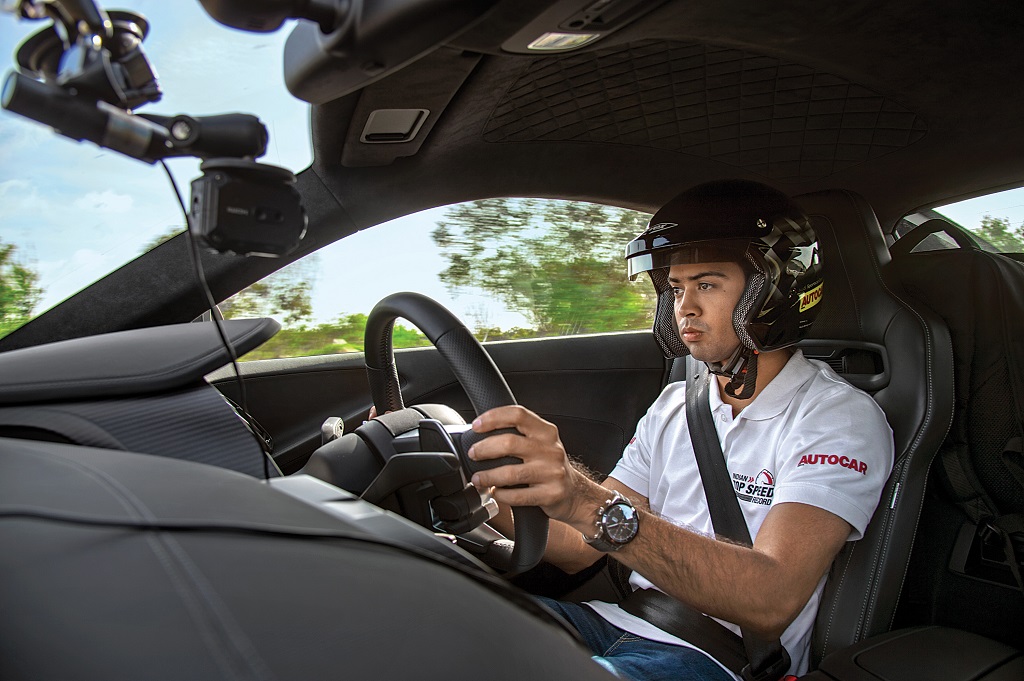 “With the right road and the right car, it was amazing how easy it was achieve this speed in complete safety. No doubt, at speeds beyond 300kph you feel every ripple on the road and all five lanes dramatically narrow to give you tunnel vision, the faster you go. I expected the R8 to move around a bit with so much wind buffeting the car but I was astonished with its stability and composure. I feel fabulous to be a part of this exhilarating, record breaking experience” said Aditya Patel after breaking the record.

Also joining the very exclusive 200mph (320kph) club and breaking the previous record was Homazd Sorabjee, editor Autocar India eho hit an officially recorded 331.9kph after Aditya has completed his run. “I m not a racing driver so I was pretty nervous and took an initial exploratory run to gain confidence but in the end maxing out the R8 on a closed road with good visibility all round, was pretty stress-free.:

“Maharashtra is increasingly becoming an important business hub for Audi with the ever-rising demand for luxury cars. Seven showrooms spread across Mumbai, Navi Mumbai, Pune, Nashik, Nagpur, and now Thane will add to the success […]