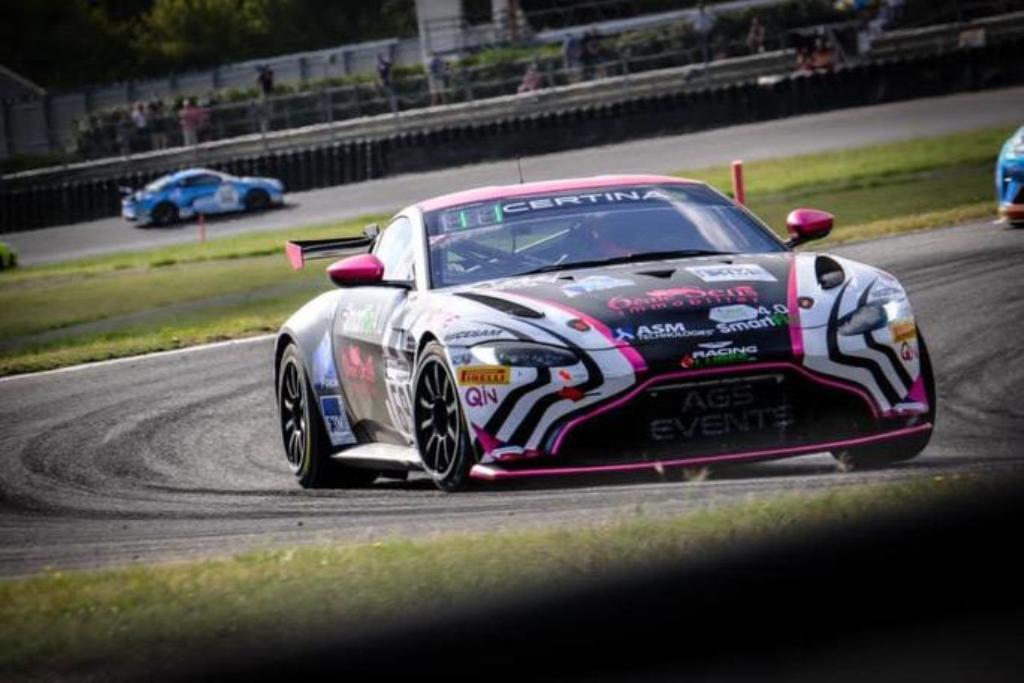 Bengaluru, September 14, 2020: India’s Akhil Rabindra, the only Asian to seal a spot in the Aston Martin Driver’s Academy this year, had a decent outing in the qualifying races before putting up a positive show at the Magny-Cours in the Championnat de France FFSA GT this weekend. The AGS Events duo G.Vannelet and Akhil Rabindra, who were driving an Aston Martin Vantage AMR finished fourth in the Pro-Am category in the first race of the day before suffering the mechanical failure in the following race.

Vannelet and Rabindra, having logged their best time of 1:46.456 mins, finished fourth in the Pro-Am category at the qualifying Race 1 yesterday. They improved their timing to 1:46.324 mins in the qualifying race 2 only to see themselves slip to the eighth spot in their respective category.

The Indo-French duo, who was driving the car No. 69, started the race day where they left on Saturday. They pulled off a bright start to finish fourth in the first race in their category. Not only that but also they clocked 1:00:36.158 hrs to finish ninth overall. In the Pro-Am category, F.Michal and G.Guilvert, who were behind the wheels of an Audi R8 LMS, took the chequered flag at 1:00:22.859 hrs.

In the second race of the day, Rabindra and his co-driver started strongly to acquire P7 before suffering a mechanical failure resulting in early retirement from the race.

“Obviously we are disappointed with the result this weekend. No one loves to face a mechanical failure to not to finish the race. The technical team put in a terrific effort day in and day out but you can’t predict a mechanical failure beforehand. We need to put this result behind soon to focus on the next race. The team has great potential and we’ll surely come back with a positive result,” Rabindra rounded off.

Aston Martin and Letv today signed a memorandum of understanding (MOU) on a research partnership for the development of connected electric vehicles. The partnership will see the two companies working together on research projects ranging […]

The 19th JK Tyre FMSCI National Racing Championship got off to a flying start, with Krishnaraaj Mahadik pulling off a dramatic win in Race 2 of the Euro JK 16 category here at the Kary […]