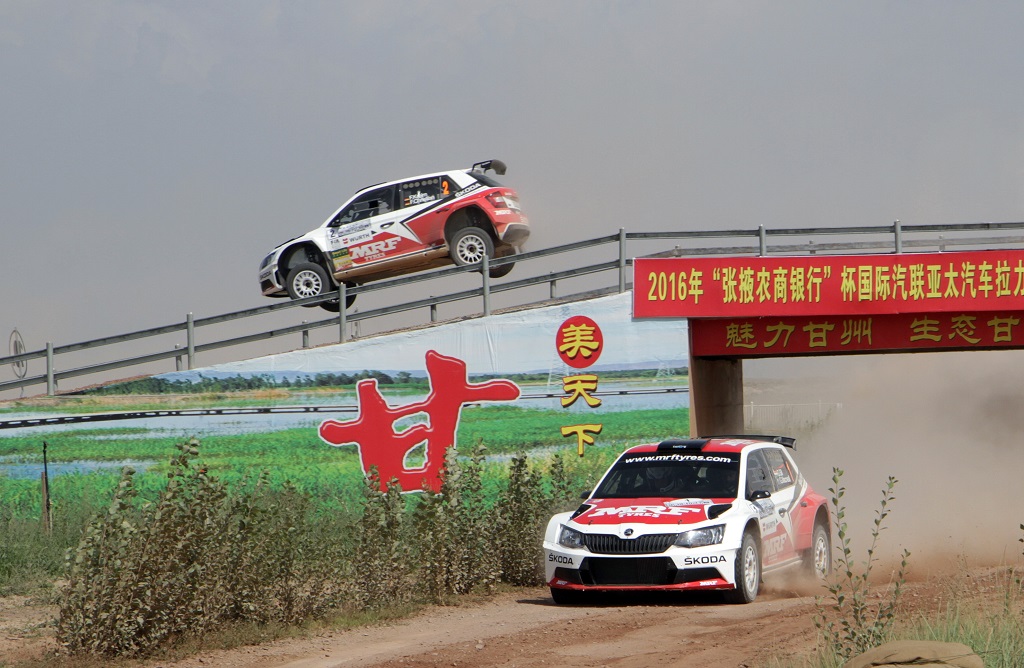 Extreme conditions overcome and the hattrick completed: ŠKODA won again in its core market of China and remains on course for the title at the halfway point in this season’s FIA Asia-Pacific Rally Championship (APRC). Gaurav Gill/Glenn Macneall (IND/AUS) were unbeatable again in the APRC classification at the “China Rally Zhangye”, meaning they remain undefeated after three races in the prestigious continental championship. The second ŠKODA MRF duo of Fabian Kreim/Frank Christian (D/D) joined them on the podium, finishing third in the APRC competition after an impressive fightback.

“This rally was a huge challenge for man and machine. However, the MRF team and our ŠKODA FABIA R5 produced a really strong performance in difficult conditions in a rally that is new to us. This win for Gaurav Gill and Glenn Macneall is worth its weight in gold! We are leading the APRC at the halfway point of the season,” said ŠKODA Motorsport Director Michal Hrabánek, who went on to praise the second driver in the team, Fabian Kreim: “Fabian’s stage wins showed what great potential he has. That was only his third rally on gravel!” 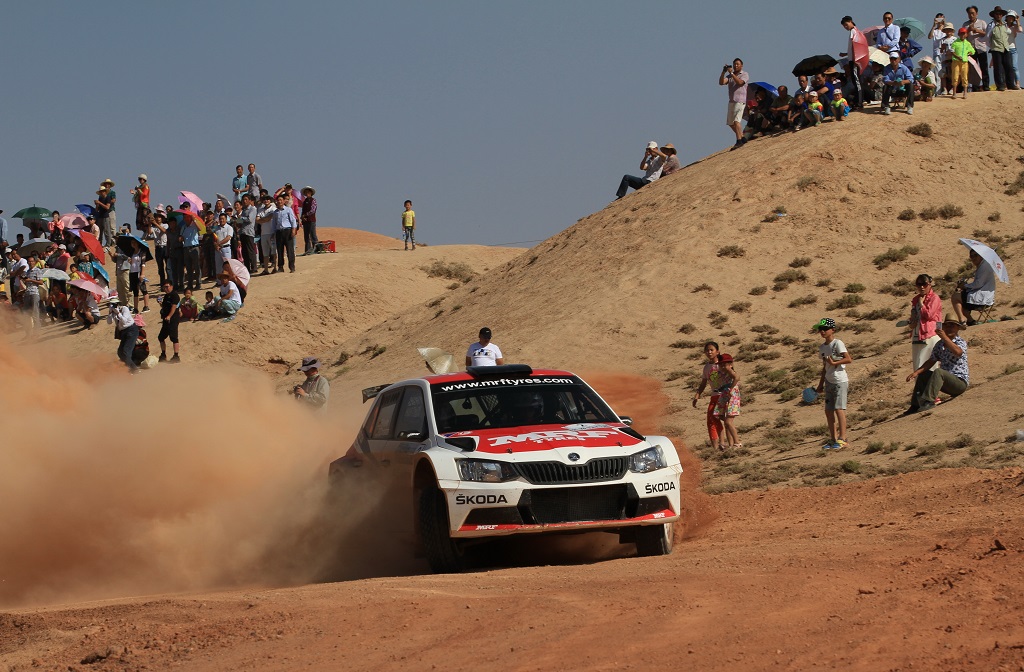 After the two rallies in New Zealand and Australia, a race with a completely new character awaited the drivers at a new venue in China. The route took them through the steppe on the edge of the Gobi Desert, where the road surface was stony in some places and sandy in others. The extreme conditions really put the drivers through their paces all weekend. Temperatures of up to 44 degrees and extreme dryness only added to what was already a very demanding route. However, the ŠKODA MRF team successfully overcame this challenge.

“That was a really tough rally, and I am proud that we won the APRC classification. Three wins from three races – as far as the championship is concerned, things really couldn’t look any better,” said a happy Gill. Fabian Kreim also produced a strong display in the Gansu province, not far from the border with Mongolia. He failed to reach the finish on Saturday, following a technical issue on the fifth special stage. Kreim rejoined the rally on Sunday and was the fastest man in the field, winning stages with outstanding times. In doing so, he fought his way back into third to make it onto the APRC podium for the third time, after two runner-up finishes in New Zealand and Australia.

“That was a really eventful rally – in every regard. Rallies in such extreme conditions really help me in my development. And I am proud of the podium finish! I am looking ahead now. I have the Rally Germany in just a few days, which is the absolute highlight of the season for me. I am already hugely looking forward to it,” said Kreim.

The ŠKODA Motorsport lines up in WRC 2 at the German round of the FIA World Rally Championship (18 to 21 August), as well as the Rally China (8 to 11 September). The latter will provide the next opportunity to showcase the ŠKODA FABIA R5 in what is a core market for the Czech car maker.

The number for the Rally Zhangye: 1500

Up and away: the “China Rally Zhangye” took place at about 1500 metres above sea level. This makes it the highest event on the calendar. As such, it places a far greater strain on man and machine, as the oxygen percentage in the air is lower than at other rallies.