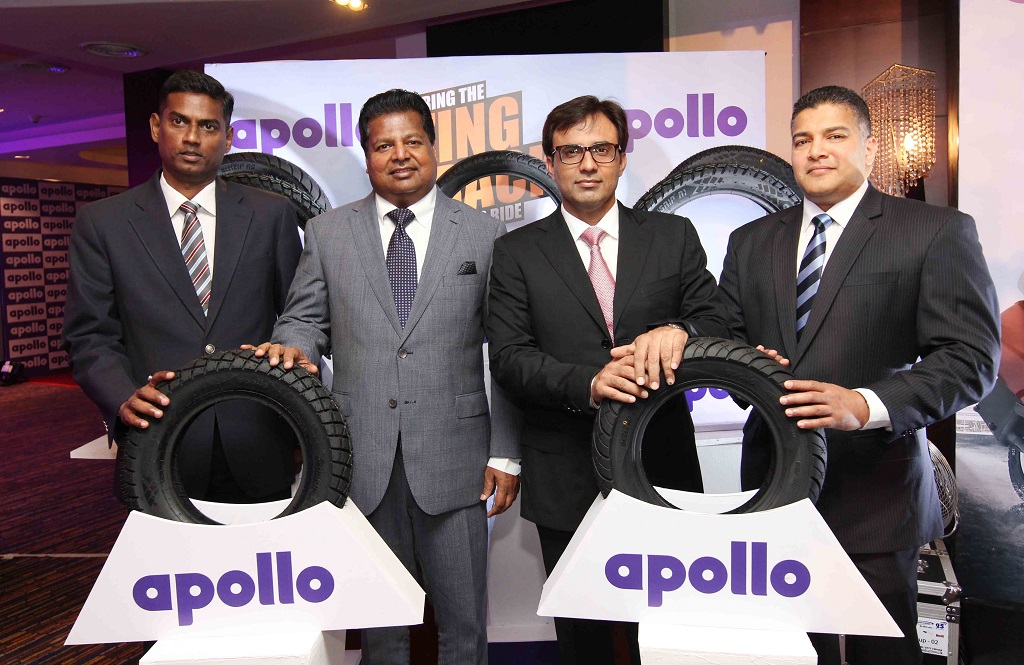 Introduces its two-wheeler tyres in the island nation

Since its introduction in the Sri Lankan market in 2011, Apollo’s products have been well accepted across the country; and, this has prompted the company to introduce its two-wheeler range as well to service the estimated 250,000 – 300,000 vehicles a year market. Sri Lanka contributes more than 20% of the company’s exports to SAARC countries. The roads and vehicles in Sri Lanka are very similar to that of India, where Apollo Tyres enjoys leadership position in various product categories. The company also has an Apollo Zone in the up–market area of Galle Road in Colombo, which is operated by Ideal Wheels & Tyres (Pvt) Ltd.

Commenting on the introduction, Satish Sharma, President, Asia Pacific, Middle East & Africa (APMEA), Apollo Tyres Ltd said “With Sri Lanka being the top island economy of the future, and FDIs in the country increasing nearly 150% in 2016, we see this is as an opportunity for us to increase our focus here. We are looking at capitalising on the increasing automotive sales, especially the two wheelers. We are using our Indian experience on the kind of tyres, services and training required to allow vehicle owners in this country to maximise on products’ performance.”

Ideal Wheels & Tyres, which is the sole distributor for Apollo Tyres in Sri Lanka, is lead by Nalin Welgama, Chairman, together with the former Captain of the Sri Lankan Cricket Team, Aravinda De Silva, who is the Company’s Deputy Chairman. The day to day operations are handled by its CEO, Jagath Samarasekara.

It gives me great pleasure to welcome you to the 43rd Annual General Meeting of Apollo Tyres Ltd. The Directors’ Report and Audited Accounts for the financial year ended 31st March 2016 are with you. With your […]

Most advanced cross ply lug tyre; set to be the new benchmark in performance Apollo Tyres, a clear leader in the commercial vehicle tyre space in India, today introduced the XT-100HD, the most advanced cross […]