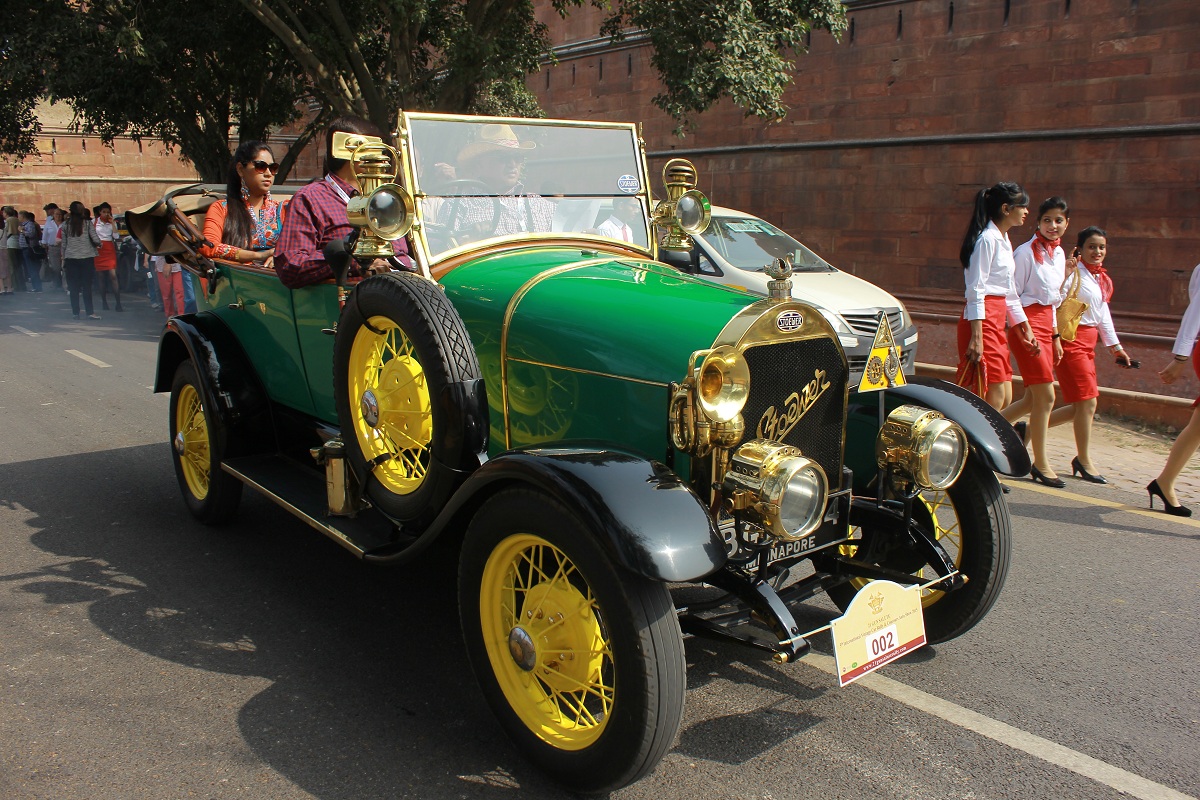 Mr. Madan Mohan Founder & Managing Trustee – 21 Gun Salute Heritage & Cultural Trust said, “Experience Such Car Rally and Auto Show of International Standards would take us a step closer to spreading awareness about the vintage cars and showcase the evolution of the automobile industry to the younger generation. The 6th edition of 21 Gun Salute International Vintage Car Rally & Concours Show 2016 has definitely surpassed all the vintage events in the country in terms of the presence of vintage cars from all key states of India and the rarest of the rare vintage jewels one can find here. Also very first time vintage cars racing happened at F1 Racing Track”.

“The vision of the rally is to establishing India as a world-classing Motoring Tourism destination through the 21 Gun Salute International Vintage Car Rally & Concours Show” added Mr. Madan Mohan

Vintage & Classic Cars like the 1939 Mercedes TYP 230 from Jaipur, Jaguar Mark V, 1949 from Ahemadabad, 1935 3.5 Litres , Bentley along with 1938 Cadillac Series 90 & 1935 Rolls Royce Phantom II Continental from Mumbai, 1929 Mercedes Nurberg from Bangalore, Mereceds Benz cabriolet 1935 from Rajkot, 1923 ROLLS ROYCE from Kolkata, 1966 Jaguar MK II from Chennai, Dodge 1940-7 Seater limo from Pune and so many other cars from different parts of the country, were mesmerizing & took everyone around, to the next stage of exhilaration.

Organized by the 21 Gun Salute Heritage & Cultural trust, the rally also took up a social cause -‘Save the Girl Child’, there was a special promotion of “BetibachaobetiPadhao” on cars to promote the message of saving and empowering the girl child, which made waves all over the event.

For the past five years, 21 Gun Salute has been successfully presenting the International Vintage Car Rally & Concours Show; year after year, the event is getting bigger and better and 2016 is going to […]

●        Kia SP2i to launch in India during second half of 2019: will be equipped with power-packed performance and world-class quality ●        Kia is planning to expand its portfolio by launching cars every six months ●        Construction of […]