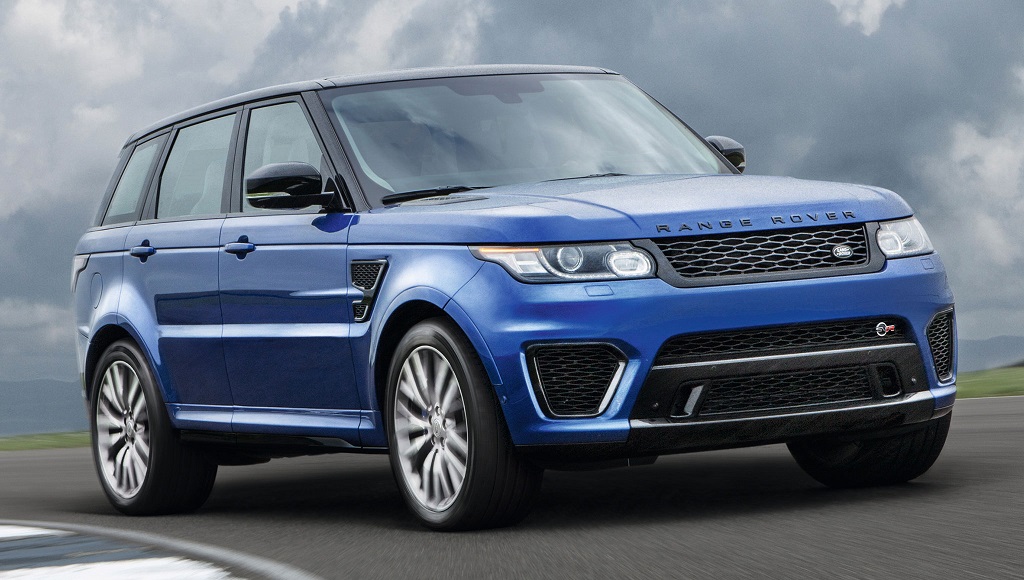 Whitley, UK, 18 January 2017 – Two minutes is not long, but it’s enough time for Land Rover to celebrate a motoring icon. The Range Rover has pioneered design, refinement and engineering innovation since 1970 and Land Rover has showcased the evolution of its luxury SUV through four generations with a unique animation lasting only 120 seconds.

The specially commissioned visual has been created to mark key dates in the history of the legendary SUV, as production of the original two-door model ended 23 years ago this month (January) and SVAutobiography Dynamic goes on sale around the world.

The detailed animation shows how today’s Range Rover retains many of the design hallmarks established by the 1970 Classic and culminates with the latest derivative, SVAutobiography Dynamic.

Range Rover has evolved into the world’s most elegant and sophisticated SUV, achieving more than one million sales (1.7 million to date) along the way. Trademark features including its ‘floating’ roof, distinctive clamshell bonnet, continuous belt line and practical split tailgate all pay homage to the groundbreaking original.

The Range Rover story begins with the 26 pre-production models, which wore Velar badges in an effort to hide its identity – velare means to ‘veil’ or ‘cover’ in Italian – made up of letters from the ‘Land Rover’ badge that usually adorn the front and rear of a vehicle. Next comes the timeless Range Rover Classic two-door as the images showcase successive generations, finishing with the most powerful derivative, the 550PS SVAutobiography Dynamic built by Jaguar Land Rover’s Special Vehicle Operations (SVO) division.

Gerry McGovern, Land Rover Chief Design Officer, said: “Range Rover has, over time, achieved iconic design status through a progressive evolution of its unique DNA, culminating in a vehicle of peerless distinction. From its sense of evolution and sophisticated sensibilities inherent in its interior design to its understated yet powerful exterior proportions, Range Rover stands alone. There’s simply nothing else like it.”

When it was first launched in 1970, Range Rover was one of the first vehicles to deliver permanent all-wheel drive while many others were still selectable. In 1971 the original model was cited as ‘an exemplary work of industrial design’ when it became the first vehicle to be displayed at the world famous Louvre museum in Paris and it has been at the forefront of design and engineering innovation ever since.

The four-door variant was introduced in 1981, quickly followed by the first application of an automatic transmission in Range Rover in 1982. In 1989 the luxury SUV was the first 4×4 to be fitted with anti-lock brakes (ABS) and in 1992 it became the first SUV in the world fitted with electronic traction control and automatic electronic air suspension.

The engineering firsts continued in 2012, when Range Rover was the world’s first all-aluminium SUV. More recently, in 2014, the luxury SUV was the first vehicle to employ Land Rover’s advanced semi-autonomous All-Terrain Progress Control (ATPC) technology, effectively an off-road cruise control for autonomous control of speed on all terrains.

The last model included in the animation, the SVAutobiography Dynamic, shares its V8 engine with the acclaimed Range Rover Sport SVR and is specially calibrated to produce 680Nm of torque and 0-100km/h (0-62mph) in only 5.4 seconds. Interior enhancements including diamond quilted leather upholstery with contrast stitching deliver elevated refinement and desirability.

Since its launch 48 years ago Land Rover’s flagship has achieved more than 1,700,000 sales across the globe and earned a reputation as the ultimate luxury all-terrain vehicle. The legendary SUV’s unrivalled breadth of capability and elegance make it a favourite of royalty, business leaders, politicians and celebrities the world over.

Range Rover is designed, engineered and manufactured in the UK, and exported to more than 170 global markets.

The evolution of the Range Rover is visualised with the following models: