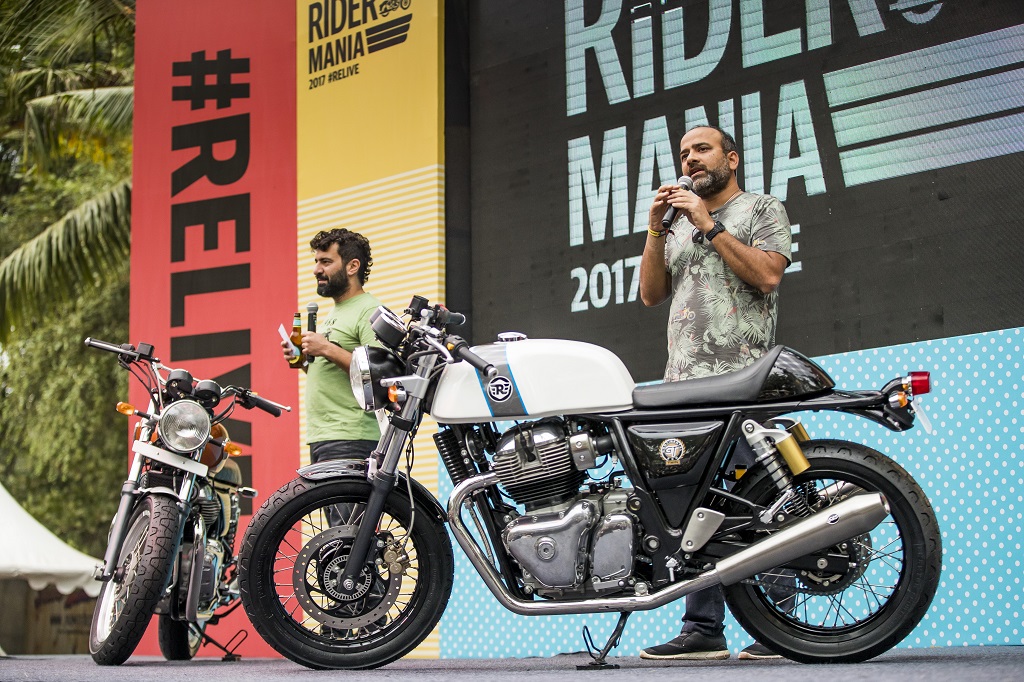 Tuesday, November 21, 2017: Royal Enfield Rider Mania, India’s most definitive motorcycle festival, concluded on Sunday, 19th November 2017. Rider Mania 2017 was the largest ever gathering of Royal Enfield enthusiasts and saw participation from enthusiasts in India and across the world that converged at Goa to be a part of this motorcycling extravaganza. Organized at Vagator, Goa, Rider Mania 2017 was home to a host of activities, including the popular Dirt Track racing, Custom Motorcycle showcase, Trials, Long Distance Travel Forum and Maze Chase amongst other revered activities amongst Royal Enfield enthusiasts.

The festival was also witness to the first ever community unveil of Royal Enfield’s new ground-up modern twin motorcycles, the Interceptor INT 650 and the Continental GT 650. Exclusive for the community members who have defined and grown the brand’s culture over the years, the unveil was hosted by Mr. Siddhartha Lal, CEO and Rudratej Singh, President, Royal Enfield. 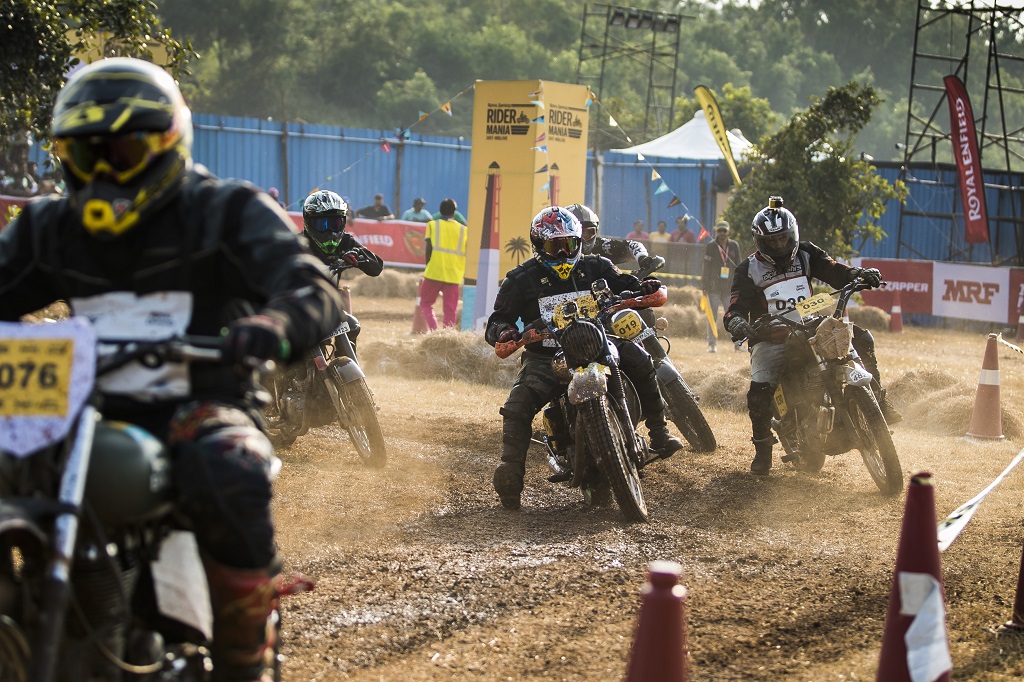 The road to Rider Mania commenced with countrywide rides in key cities with Royal Enfield clubs and communities participating in large numbers. Rider Mania 2017 saw participation from attendees from diverse backgrounds and geographies. Enthusiasts rode from as far as Delhi, Gwalior, Ahmedabad, Jaipur, Bhubaneswar and even far flung cities of Kolkata and Guwahati for the annual get-together relishing every moment leading up to Rider Mania.

The festival saw passionate motorcyclists participate in fun and competitive events. The most sought-after event at Rider Mania – the Dirt Track Race saw participants turning up in their special race-tuned motorcycles to slug it out on a dusty, uneven race track. The holy grail of Dirt Track racing, the Race of the Champions saw Gaurav Patil from Kolhapur, Maharashtra emerge victorious amongst the champions from each of the categories. The Himalayan expert category, introduced last year, saw Suhail Ahmad from Bangalore beat the competition in a tightly fought contest. In the novice category, Murti R from Tirupur, Tamil Nadu was crowned the champion. The cleanest bike competition was won by Mumbai based Dushyant Jadhav whose 1979 Bullet 350 won him the contest. Vineet Sharma from Pune registered a convincing win to finish at the top of the podium during Trials while Rithu from Pune, Maharshtra as crowned the winner in women’s category of the competition. 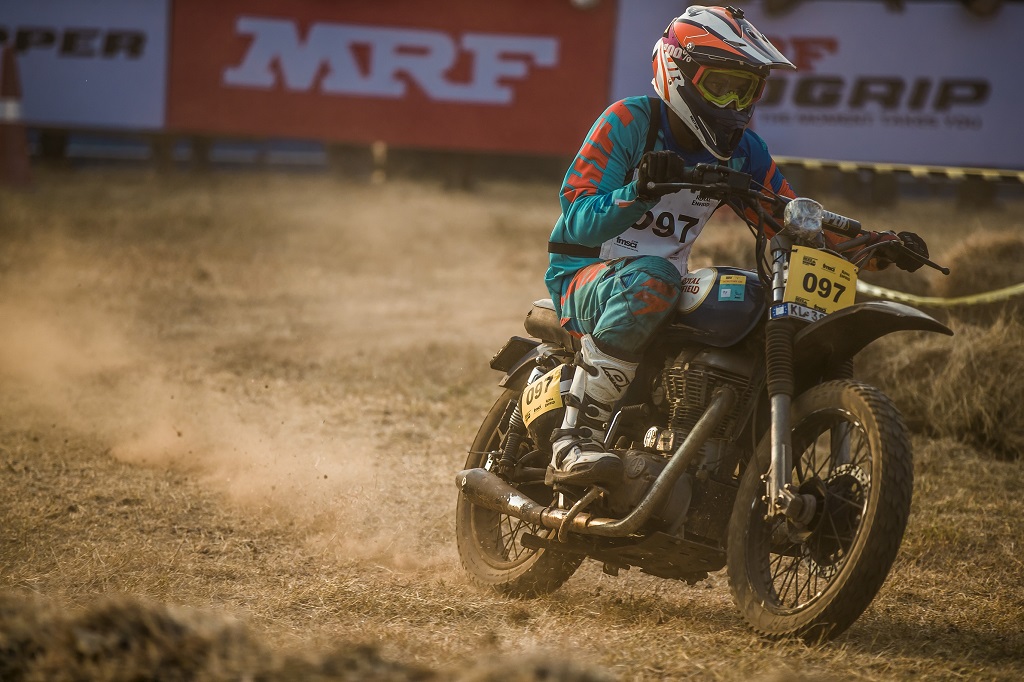 This year, Rider Mania had some of the most prominent names in the Indian custom building industry showcasing evocative renditions of their Royal Enfield motorcycles. The festival saw TNT Motorcycles from Delhi, Bulleteer Customs from Bangalore, Jedi Customs and Haldankar Customs from Mumbai, Buraq motorcycles from Hyderabad apart from other premier custom builders showcasing their best designs exclusively made for Rider Mania 2017.

The oldest motorcycle brand in continuous production, Royal Enfield made its first motorcycle in 1901. A division of Eicher Motors Limited, Royal Enfield has created the mid-sized motorcycle segment in India with its unique and distinctive modern classic bikes. With its new manufacturing base in Chennai, India, Royal Enfield is able to grow its production rapidly against a surge in demand for its motorcycles. With more than 50% growth every year for the last 5 years, Royal Enfield is fast becoming a very important player in the global mid-size motorcycle market and is working towards re-inventing this space with motorcycles that are evocative and engaging and great fun to ride. Royal Enfield’s product line‐up in India includes the Bullet, Classic and Thunderbird models in 350 and 500cc displacement along with Continental GT 535cc café racer and the purpose-built Himalayan powered by the new LS410 engine. Royal Enfield operates through 17 company-operated stores and 705+ dealers in all major cities and towns in India, and exports to over 50 countries across the world including the USA, UK, several European and Latin American countries, as well as the Middle East and South-East Asia. Royal Enfield also organizes and supports many motorcycling events and rides globally, more prominently the Rider Mania – an annual gathering of Royal Enfield riders from all over the world to the lovely beaches of Goa, and the Himalayan Odyssey, the most arduous motorcycle ride over some of the toughest roads and highest mountain passes in the Himalayas. Royal Enfield also conducts the popular ‘One Ride’ where people around the world ride out on their motorcycles on the first Sunday of April.

Royal Enfield, the fastest growing motorcycle brand in the world, today launched the Himalayan—a motorcycle purpose-built for adventure and touring in the Himalayas. Bringing together 60 years of Himalayan riding experiences in a completely ground-up […]