Worldwide deliveries by the Volkswagen Group rose by 7.9 percent to 899,400 units in November. The Company delivered 9.38 million new vehicles from January to November 2016, an increase of 3.1 percent. “November was a strong month for all our Group brands. We are headed for a good delivery result at the end of the year in spite of all the challenges”, Fred Kappler, Head of Group Sales, said.

The Volkswagen Group brands delivered 3.87 million vehicles (+3.5 percent) in Europe during the first eleven months, of which 345,700 units (+6.3 percent) were handed over to customers in November. Deliveries by the Group in Western Europe in November rose by 5.7 percent to 285,800 units. The good delivery performance in the UK, Italy and France helped counteract the slight decrease on the home market of Germany (-4.1 percent). The Group recorded 9.4 percent growth in Central and Eastern Europe on the back of good delivery performances in Poland and the Czech Republic.

3.9 million vehicles (+9.1 percent) were handed over to customers in the Asia-Pacific region from January to November, of which 398,600 units (+11.0 percent) were delivered in November. Deliveries in China in November ran at 373,800 vehicles, representing a 13.6 percent increase in the Group’s largest single market.
Overview of deliveries by the Volkswagen Group: 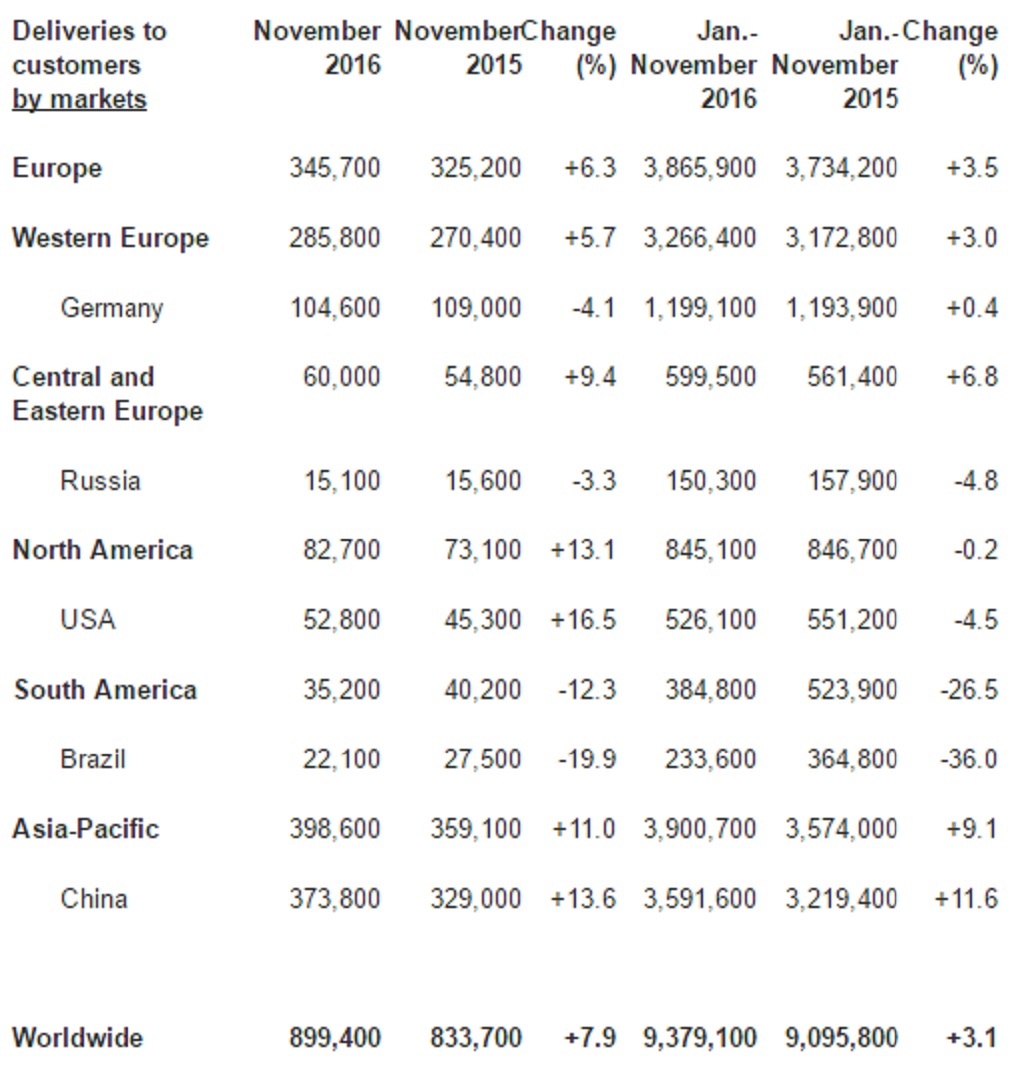 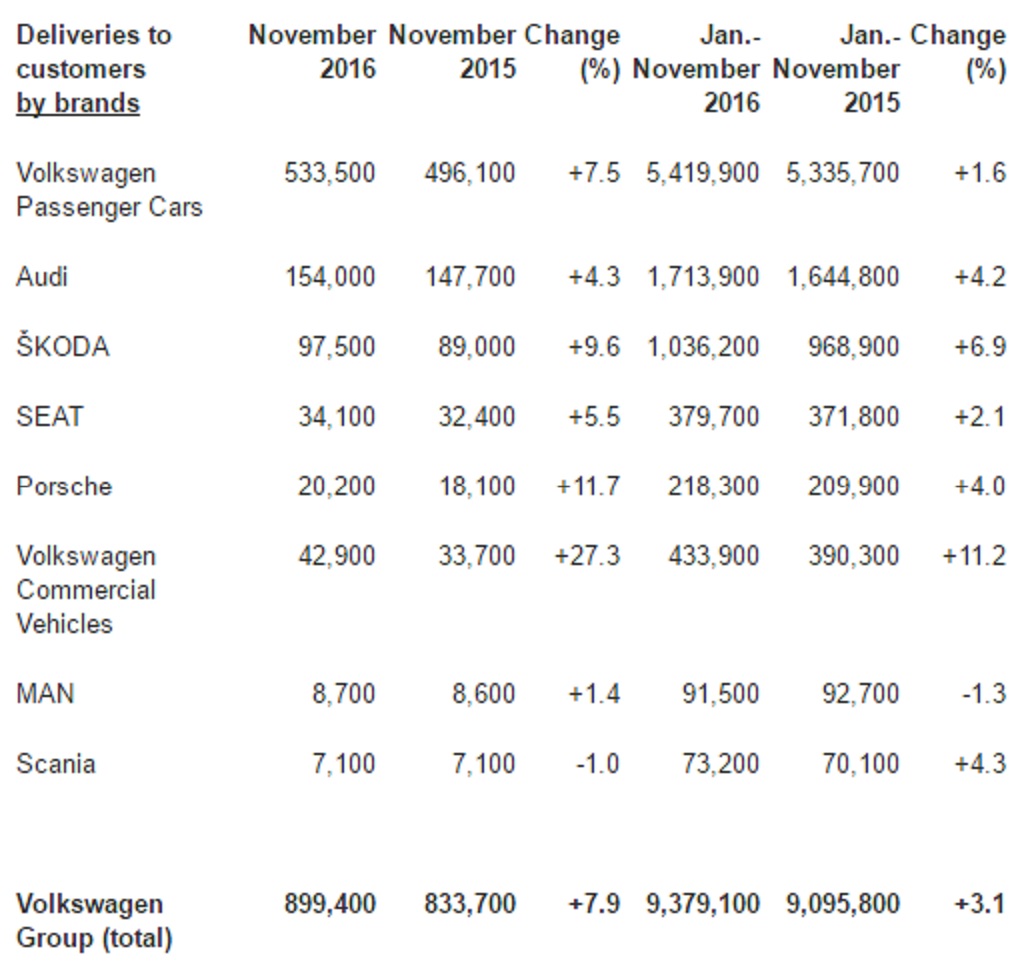 3 million vehicles handed over in the first four months of 2017 Fred Kappler, Head of Group Sales: “At the beginning of the second quarter, we were able to increase our deliveries in China again.” […]

883,400 vehicles delivered in month of June – a rise of 5.1 percent Fred Kappler, Head of Group Sales: “Solid growth overall during the first half year is partly attributable to the strong performance in […]