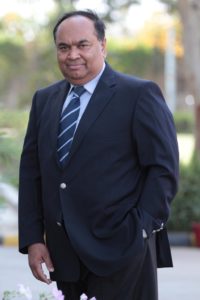 New Delhi–Minda Industries posted robust results for FY16, maintaining its growth momentum. The consolidated sales at Rs.2506 Cr for FY16 as against Rs.2206 Cr in FY15 recording a growth of 14%YOY.

This growth has been on account of strong performance of the standalone entity and backed by improved performance of its subsidiaries including turnaround of certain loss making subsidiaries. Group consolidation has also been an enabler in achieving these number.