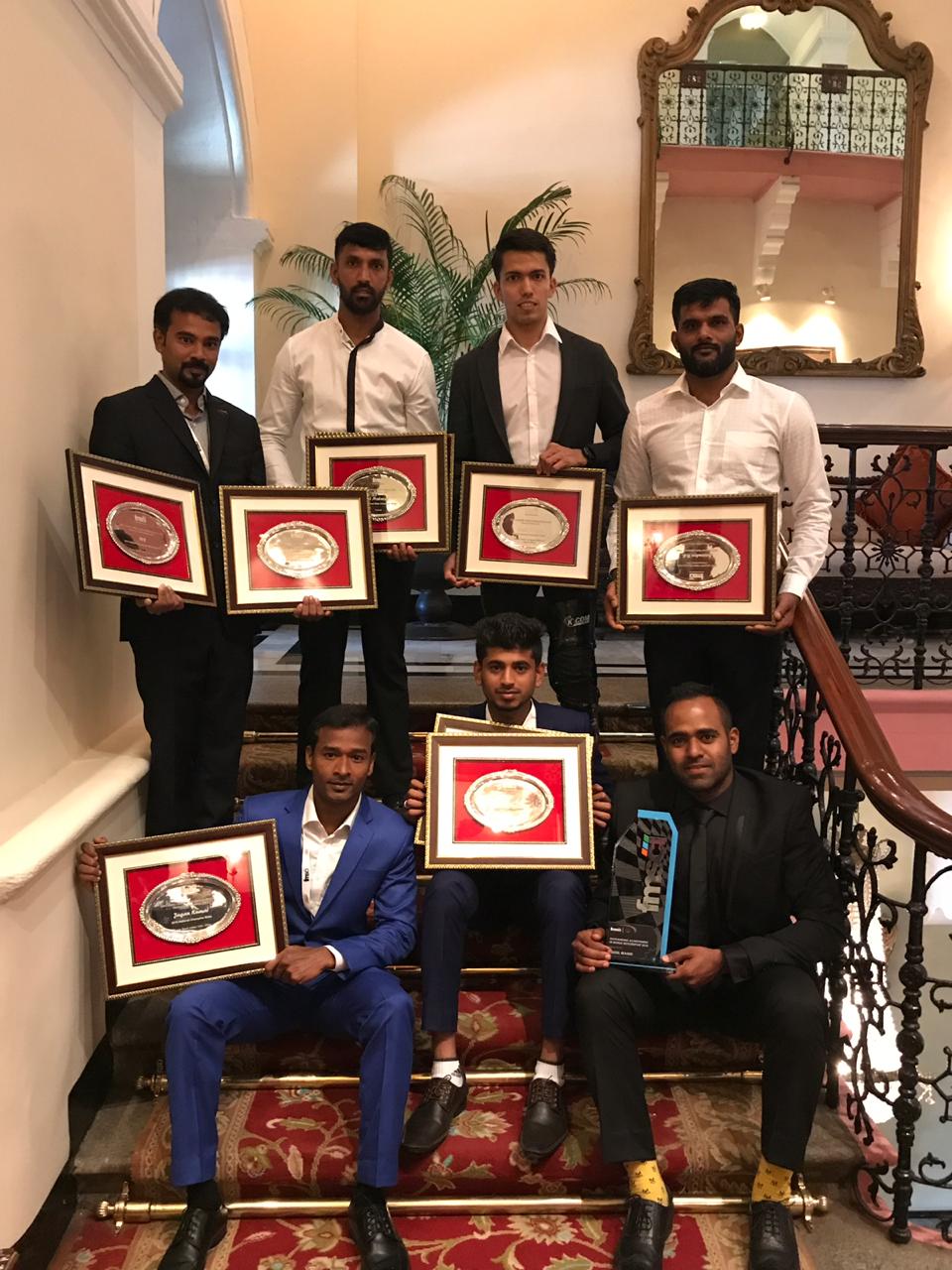 Mumbai, February 25, 2019: TVS Racing, the racing arm of TVS Motor Company, dominated the FMSCI National Championship 2018 Awards bagging top honours in 12 out of 13 categories participated. The annual awards ceremony was held in the presence of FIA president Jean Todt and other top FMSCI officials. The 2018 racing season was a highly successful one for TVS Racing as they won key individual, team and manufacturer awards across all forms of two-wheeler motorsport events – Supercross, Rally, Drag Racing and Road racing.

TVS Racing won the prestigious “Best Team” and “Manufacturer of the Year” awards in the Super Sport Indian category (upto 165cc) in the Indian National Motorcycle Racing Championship.  This is the 4th consecutive year that the team bagged both the key awards.

Champion riders from TVS Racing including K Jagan, Harith Noah, Imran Pasha, R. Nataraj, Rajendra RE and Aravind Ganesh received awards for their championship winning performances in the 2018 season. Aishwarya Pissay bagged the championship yet again in the Ladies class in the Indian National Rally Championship. Ace rally raid racer from the team, Abdul Wahid Tanveer was conferred special recognition for his outstanding performance in international rallies in 2018.

Mr. B. Selvaraj, Team Manager, TVS Racing said, “We are delighted to win the championships for almost all two-wheeler motorsport categories this year. With each passing season, we have consistently improved our performance to outperform our own past achievements and 2018 was another year of dominance.  This gives us immense confidence to push harder, perform better and set new standards in the upcoming racing season.”The list of awards won by the TVS Racing team is appended below.

Stage 10: Adrien Metge attacks then relaxes It was a very long special and the navigation was very difficult as had been announced by race director Marc Coma. Adrien Metge rode an outstanding race and […]